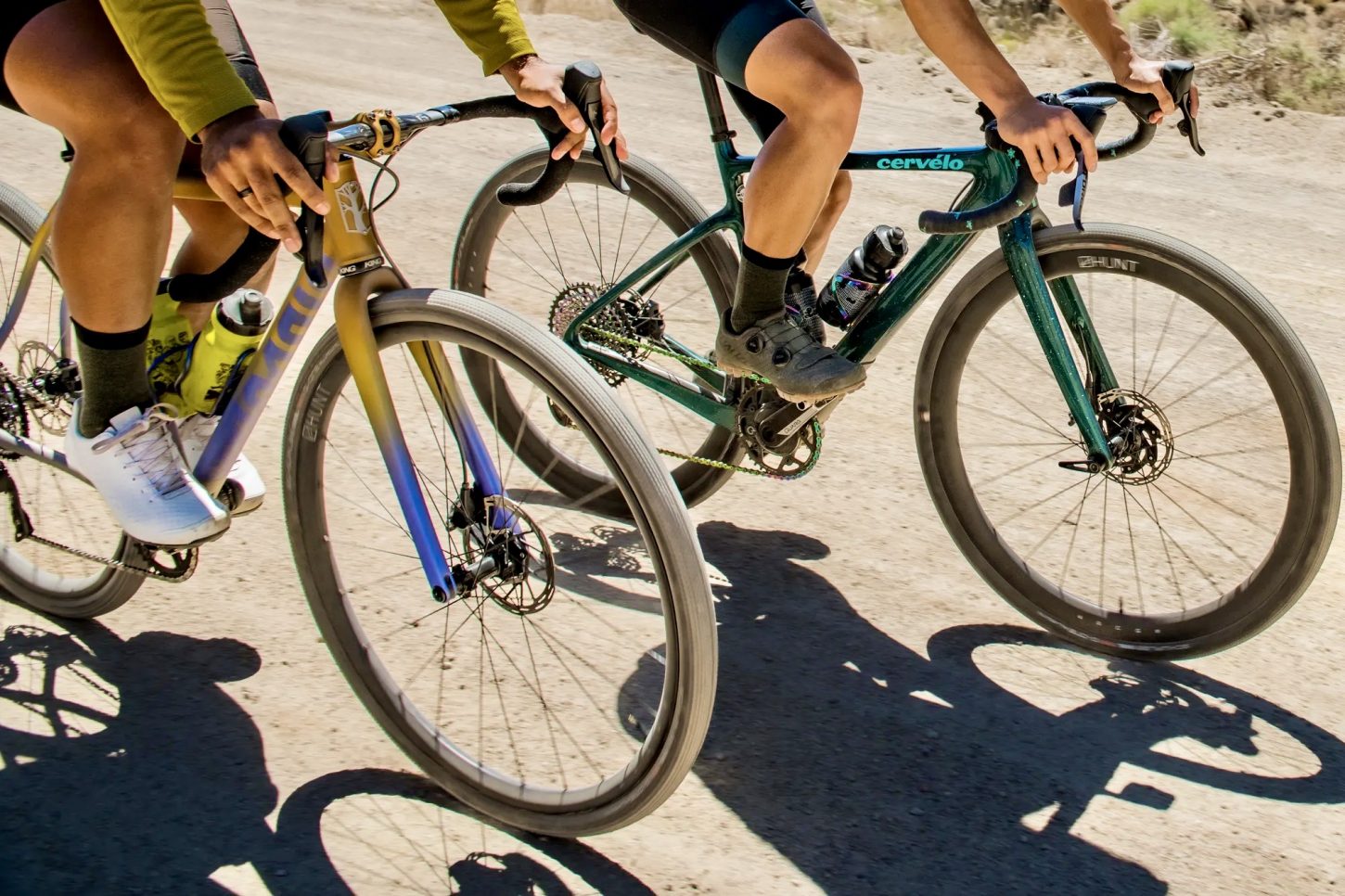 Additionally, the 25mm wheelset has a 33mm external width, along with a 26mm internal width, while the 40mm version has a slightly narrower internal width of 25mm, allowing both wheelsest to accommodate tires ranging from 28mm to a beefy 65mm with maximum tire pressure of 72.5psi.

“We’ve spent a lot of extra time working on the development of our Sprint hubs. Thanks to refining the CNC process and utilising 6066 alloy in the hub shells we’ve managed to drop a significant amount of weight. Due to this, we can confidently say our front hubs are weighing in around 95 grams, and the rear hub comes in at 230 grams. We’re looking forward to hopefully bringing these reworked hubs out to inline and newer products in the coming months,” says Paddy Blake, Lead Product and Commercial Manager at Hunt Bike Wheels.

As mentioned, Hunt claims the 25mm wheelset weighs in at a feathery 1380 grams, while the 40mm variant only adds an additional 3 grams, which retail for $1,139.00 and $1,159.00, respectively, with availability starting in mid-July.