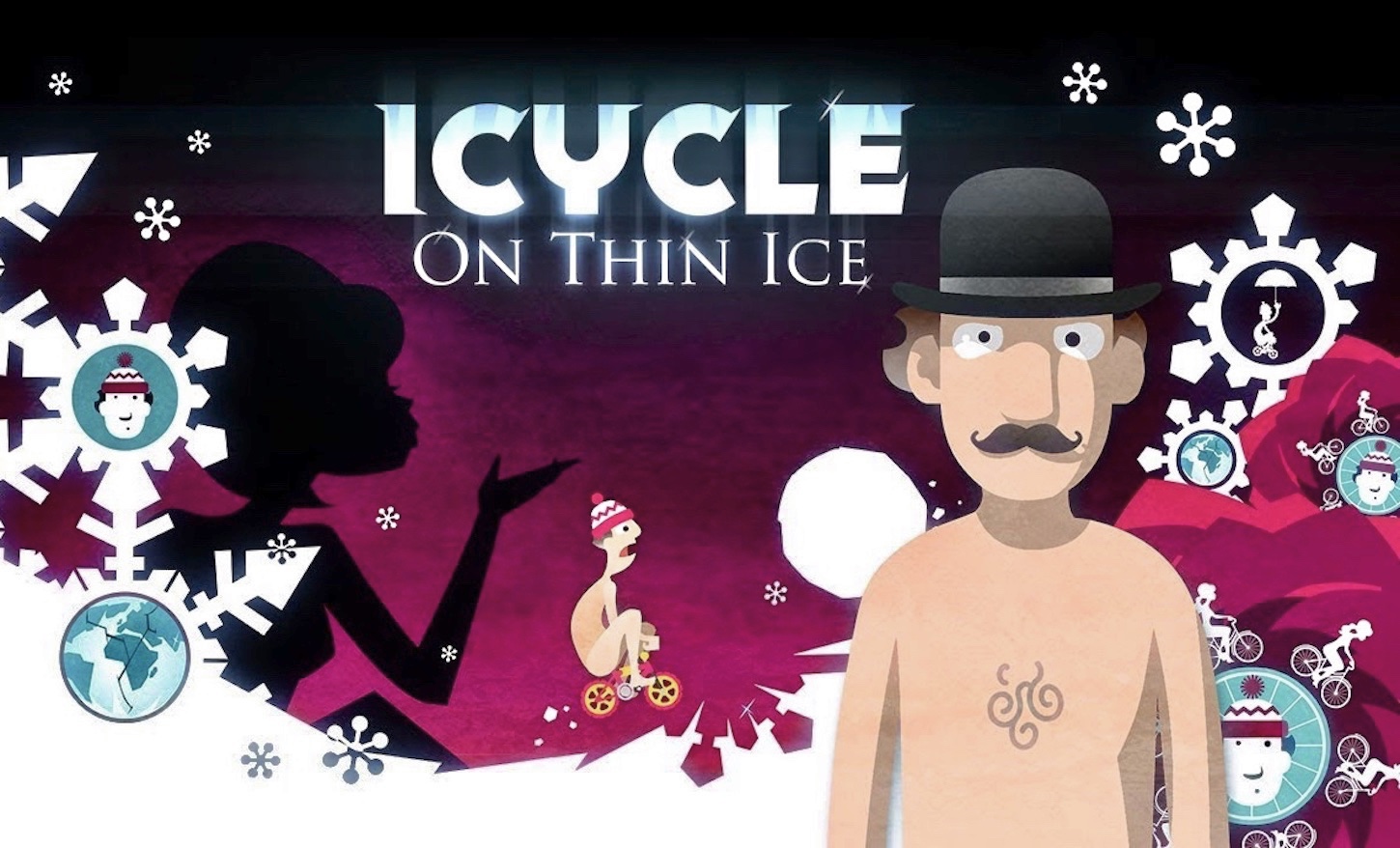 Call it a case of the Yellow Submarine meets cycling, as that’s the only conclusion one can draw after viewing this latest cycling gameplay called Icycle on Thin Ice.

Here, we see a man cycling naked as he attempts to traverse his way across a bleak, apocalyptic landscape in search of a beautiful woman. The image of the woman changes throughout game, ranging from a snow-woman to what appears to be a naked half-woman half-fish creature.

According to the creator, the goal is to “help Dennis find love in an icy world that’s not as frozen as it first seems. Ride through collapsing cities and fairgrounds, hop over dormant battlefields and explosive wedding cakes, float down dark ravines, through hostile shopping centers and over a skyline of legs, while poor Dennis is teased and taunted to the fringe of despair.”

We didn’t think so.

You might want to consult the #MeToo movement for clarification.  🙄