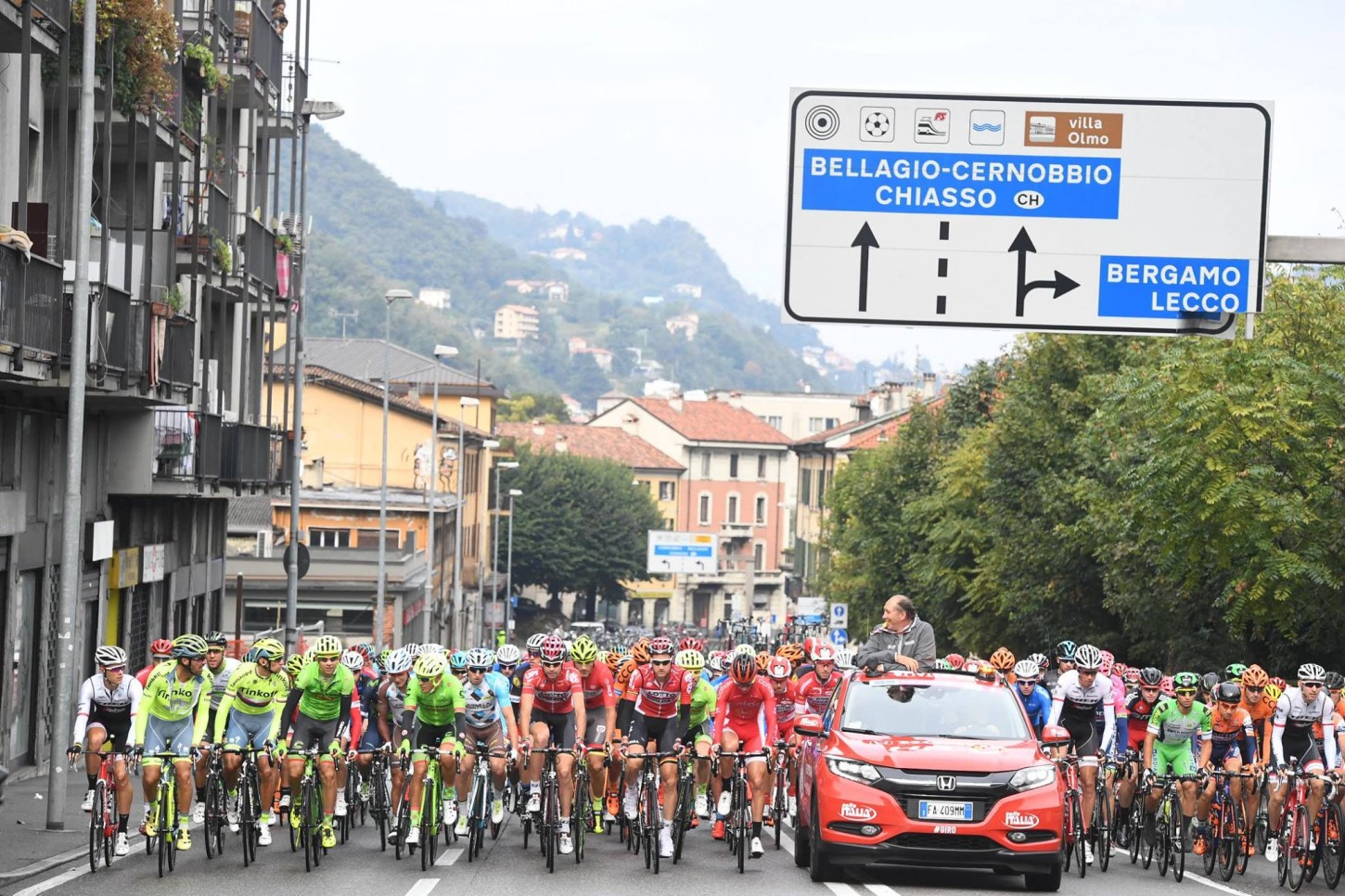 I want to say thank you very much to everyone at Orica-BikeExchange. I’m really happy and feel really proud of my team.”

“It was really hard, close to 5000 meters [of climbing], but I’m really happy. To finish the season with this victory is unbelievable.”

“I tried to make a difference after the cobbles – I knew the last climb – but I arrived with Rigoberto and then Rosa closed the gap. The important thing was staying calm. I tried and I won.”

Chaves, Rosa, Uran and Romain Bardet (Ag2r La Mondiale), were the only riders to emerge from the day’s final 16-rider breakaway group to form a lead quartet of their own.

Rosa had initially missed the move, but managed to bridge his way to the three leaders.

From there, the quartet succeeded in building up an advantage of almost a minute over the peloton, while Movistar’s Giovanni Visconti and Alejandro Valverde tried in earnest to pull back them back.

However, a lack of organization prevented the peloton from making any gains on the four leaders, as they continued to stretch their gap to well over a minute along the flat section between the Selvino and the final climb into Bergamo.

Shortly thereafter, the quartet made their way onto the short, steep ramps of the final climb, with Chaves displaying the most amount of aggression in the group.

As a result, Bardet was the first rider to lose contact with his fellow escapees, as he struggled to stay on terms along the steep 12% gradient during the final 3 kilometers to the summit.

Meanwhile, Uran and Rosa continued to shadow Chaves along the descent and into Bergamo.

Heading to the final straight, Rosa was the first rider to open up his sprint, but both Chaves and Uran were quick to match his acceleration.

Chaves then launched his own sprint during the final 100 meters, after gaining enough momentum from the wheel of Uran, to see him overtake Rosa just before the line and seize the race honors by a mere wheel length.

From there, the breakaway group went on to establish a modest advantage of around four minutes over the peloton, before the severity of the day began to take its toll.

Indeed, the constant climbs and length of the route eventually sapped the group of their edge, with only Molard and Caruso managing to stay out front as they tackled the day’s toughest climb – the Calico di Valcava.

The same effect took its toll on the peloton as well, as much of the main field was cut in half during the final 70 kilometers.

Caruso would later drop Molard, and forge ahead alone until around the 40 kilometer mark, where Robert Gesink (LottoNL-Jumbo) split the peloton in half with a fierce attack.

Gesink’s move resulted in a sixteen-rider breakaway group, that would ultimately serve as the platform for Chaves to make his winning escape  and claim this year’s Il Lombardia.