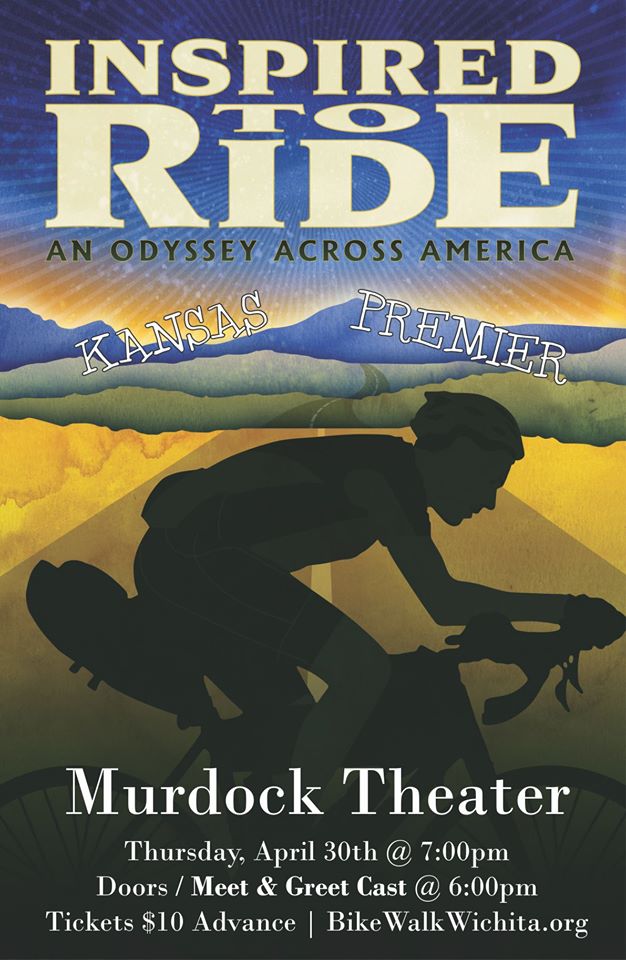 Inspired to Ride follows a handful of cyclists from around the world as they race unsupported in the inaugural year of a 4,233 mile transcontinental race across the USA. This race is the antithesis to events like Tour de France and Race Across America. There will be no teams, no support vehicles, no special jerseys and not a dime in prize money.

On June 7, 2014, forty-five cyclists from around the world set out on the inaugural Trans Am Bike Race, following the famed TransAmerica Trail. Their mission is to cover 4,233 miles in one enormous stage race, traversing through ten states in a transcontinental adventure of epic proportions.

Inspired To Ride follows closely the journey of a handful of these cyclists as they prepare, compete and experience what riding 300 miles a day feels like with only a few hours sleep. They will rely solely on their fitness, meticulously chosen gear and mental fortitude to get them to the finish. And to make it even more interesting, they’ll be self-supported – no crew, no follow vehicles and no prize money waiting at the end.

These athletes will endure agonizing climbs in the Rockies, driving winds in the Great Plains and sawtooth switchbacks in the Appalachians all for a pat on the back, potential bragging rights and a cold beer when its all over. Some are out to make history and set records, while others are simply trying to finish.

Four cinematographers, cameras flying in the sky and GoPro’s galore will give the audience an incredibly immersive experience while these cyclists speed along the TransAmerica Trail revealing its varied landscapes, intriguing locals and captivating stories which dot this path of discovery.