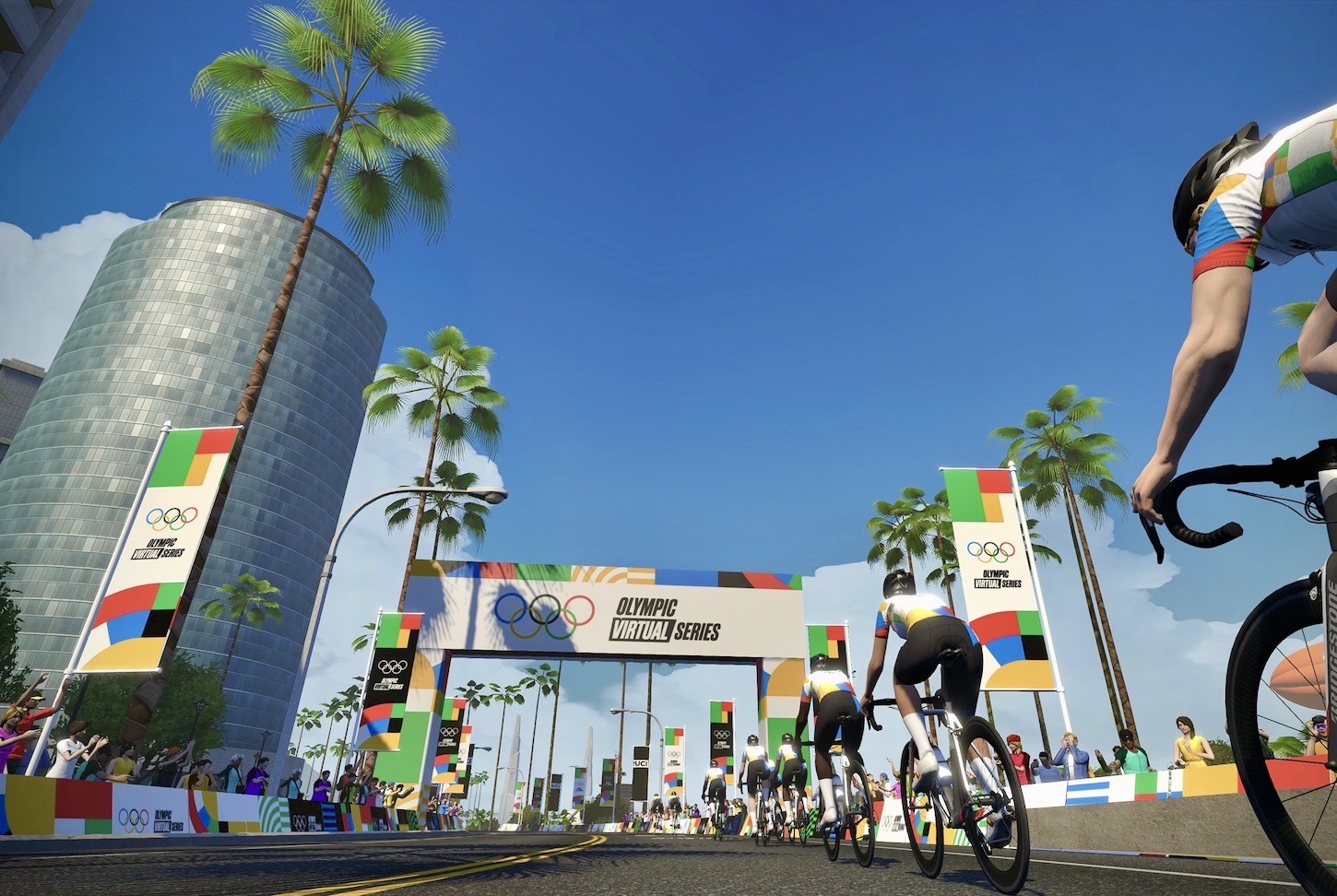 Ride, race and interact with cyclists from the world over, including some of the great names of the sport, as part of the new and innovative Olympic Virtual Series, launched by the International Olympic Committee (IOC).

Cycling enthusiasts worldwide can join in any of a wide variety of cycling esports events being organized between now and June 27 on the renowned global training and racing platform Zwift, in collaboration with the Union Cycliste Internationale (UCI).

From group rides and podcasts led by Olympians, to handicap-style chase races, to 24 consecutive one-hour mass participation events to celebrate Olympic Day on 23 June… there is something for everyone.

The aim of the Olympic Virtual Series – which also includes programmes for rowing, baseball-softball, sailing and motor sport -, is to deliver a special virtual experience based on mass participation and inclusion. The month of cycling events will offer cyclists of all levels a unique opportunity to participate in an official IOC event for the very first time.

One of the strengths of the Olympic Virtual Series cycling event is its diversity: not only is it available to the public all over the world, but the Olympians leading the group rides come from a wide variety of cycling disciplines and geographical regions: Multiple BMX UCI World Champion and two-time Olympic Champion Mariana Pajón from Colombia; the most decorated female track cyclist of all time, Anna Meares of Australia; retired track cyclist Nelson Vails, the first African American to win an Olympic medal in cycling; Switzerland’s mountain bike star (3x Olympic Medalist and 8x UCI World Champion) Nino Schurter… the list goes on.

The chance to ride with these past and current stars of cycling is too good to be missed! So sign up now.

The IOC and the UCI are offering new Zwifters complimentary access to the Zwift platform throughout the Olympic Virtual Series (1st – 27th June). Codes can be obtained by registering on the UCI Website here.

Registration for all Olympic Virtual Series cycling events are open on this link.