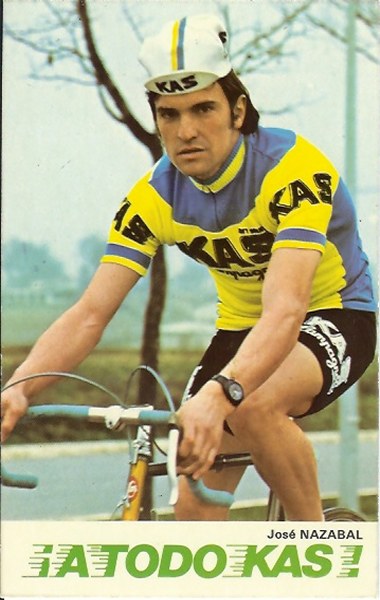 Happy birthday to Jose Nazabal who was born on this day in 1951.

The Spanish rider is best remembered for his 3rd place podium finish in the 1976 Vuelta a Espana behind Jose Pesarrodona and Luis Ocana both of Spain.

​However, Nazabal’s career is not without controversy. Anticipating a positive test result for doping, he abandoned the 1978 immediately after being test, as to avoid the ramifications.