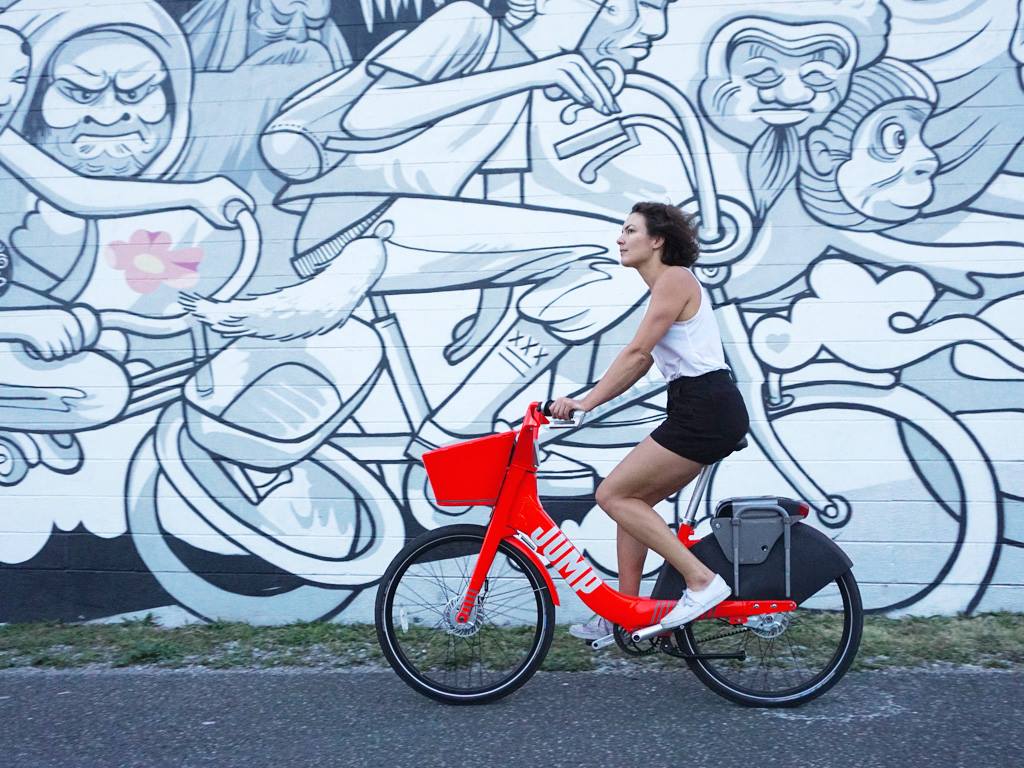 A new station-less bikeshare program called JUMP has been given the greenlight by San Francisco transportation authorities to deploy 250 of its electric bikes throughout the city under a new program.

“Jump Bikes has demonstrated a commitment to San Francisco’s priorities of providing a safe, equitable and accountable bike share system and is the only company to have fulfilled the requirements of the SFMTA’s stationless bike share permit application,” said San Francisco’s Municipal Transportation Agency (SFMTA).

JUMP’s bikes can be legally locked to bike parking racks or the “furniture zone of the sidewalk,” which is where you see things like light poles, benches and utility poles. The bikes also come with integrated locks to secure the bikes.

Given the nascent technology surrounding station-less bikesharing, SFMTA says it will use the next 18 months to evaluate, collect data and assess if a program will work longer-term.

Specifically, SFMTA says it will be evaluating the use of existing bike-share systems to identify places where the city should promote station-less bikeshare, while also studying the impact of the program has “on the public right-of-way, including maintaining accessible pedestrian paths of travel, as well as the enforcement/maintenance burden on city staff.”

Under the pilot program, JUMP is required to provide the SFMTA with as much data as it requests in order to conduct its evaluation.

SFMTA says the evaluation will result in policy recommendations for station-less bikeshare services moving forward, including any necessary amendments to the SF Transportation Code.

After the first nine months of the program, the agency says it may allow JUMP to add an additional 250 bikes to its fleet.

“Over the past few months, we’ve been working closely with the SFMTA and local community groups to design a solution that not only brings e-bikes to the challenging streets of San Francisco but does so in a responsible and accessible way for its many neighborhoods,” Social Bicycles CEO Ryan Rzepecki. “JUMP Bikes is extremely proud to have been selected to receive the first electric bike share permit from the city and we’re even more excited to announce the upcoming launch of this system in the near future.”

This permit comes after JUMP conducted a test pilot last year with 100 bikes in the Bayview neighborhood in San Francisco.