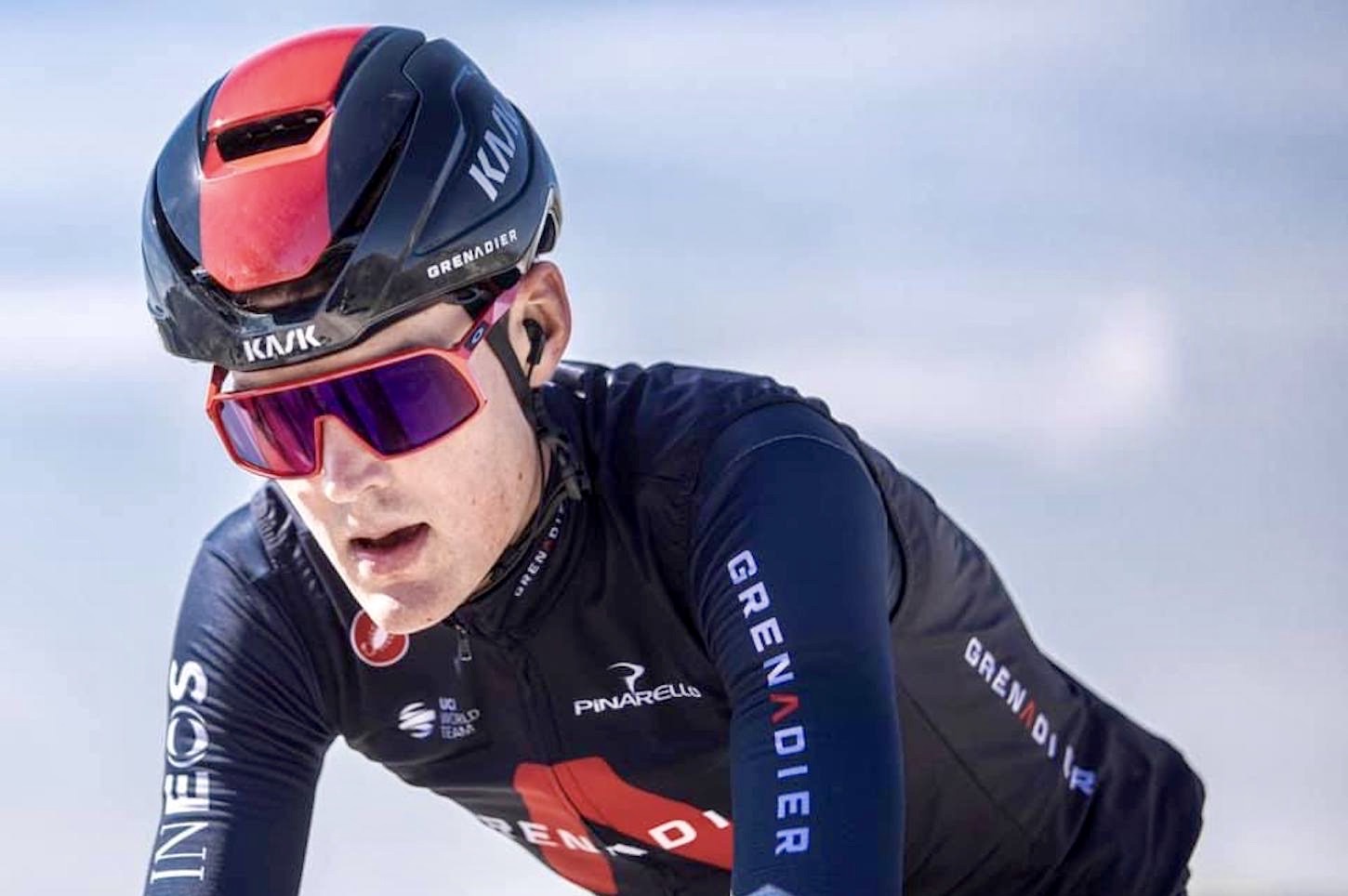 The new Wasabi features an adjustable air port along the top of the helmet that can be opened with the push of a finger when the mercury spikes, or closed when it plummets to add a claimed 1.5℃ temperature increase.

Kask also claims a one watt advantage at 50km/h when the port is closed as well.

At 290 grams, the Wasabi won’t win any plaudits from the weight weenies crowd, but it’s designed to be an excellent all-arounder that’s aimed at providing optimal ventilation, while also being able to cheat the wind.

“Thanks to these impressive aerodynamic and ventilating features, coupled with a premium merino wool lining made by Italian wool mill REDA for protection against uncomfortable temperatures, it is no surprise that the Wasabi is quickly becoming a firm favorite amongst the Ineos Grenadiers,” says Kask.

Another features of the Wasabi include the Italian brand’s Octo Fit head retention system that allows for both vertical and horizontal adjustment, along with merino wool padding for improved thermoregulation, better wicking and more comfort compared to synthetic.

What does the WG11 decal on the back of the Wasabi stand for?

According to Kask, the WG11 refers to a test method that measures the ability of a helmet to absorb energy during “rotational impact”.

“Most of tests on helmets that use rotational impact prevention technologies are carried on using headforms whose coefficient of friction is much higher than those of the human skull and therefore do not reflect reality. BrIC is an algorithm that defines the level of a brain injury. Concussive values of BrIC for humans varied from 0.60 to 0.68. A lower number corresponds to a lower risk of concussion. All of our helmets successfully pass this test, with values that are never above a BrIC 0.390,” claims Kask.

The Wasabi will be available in three sizes (small, medium and large), with pricing and colors to be announced.