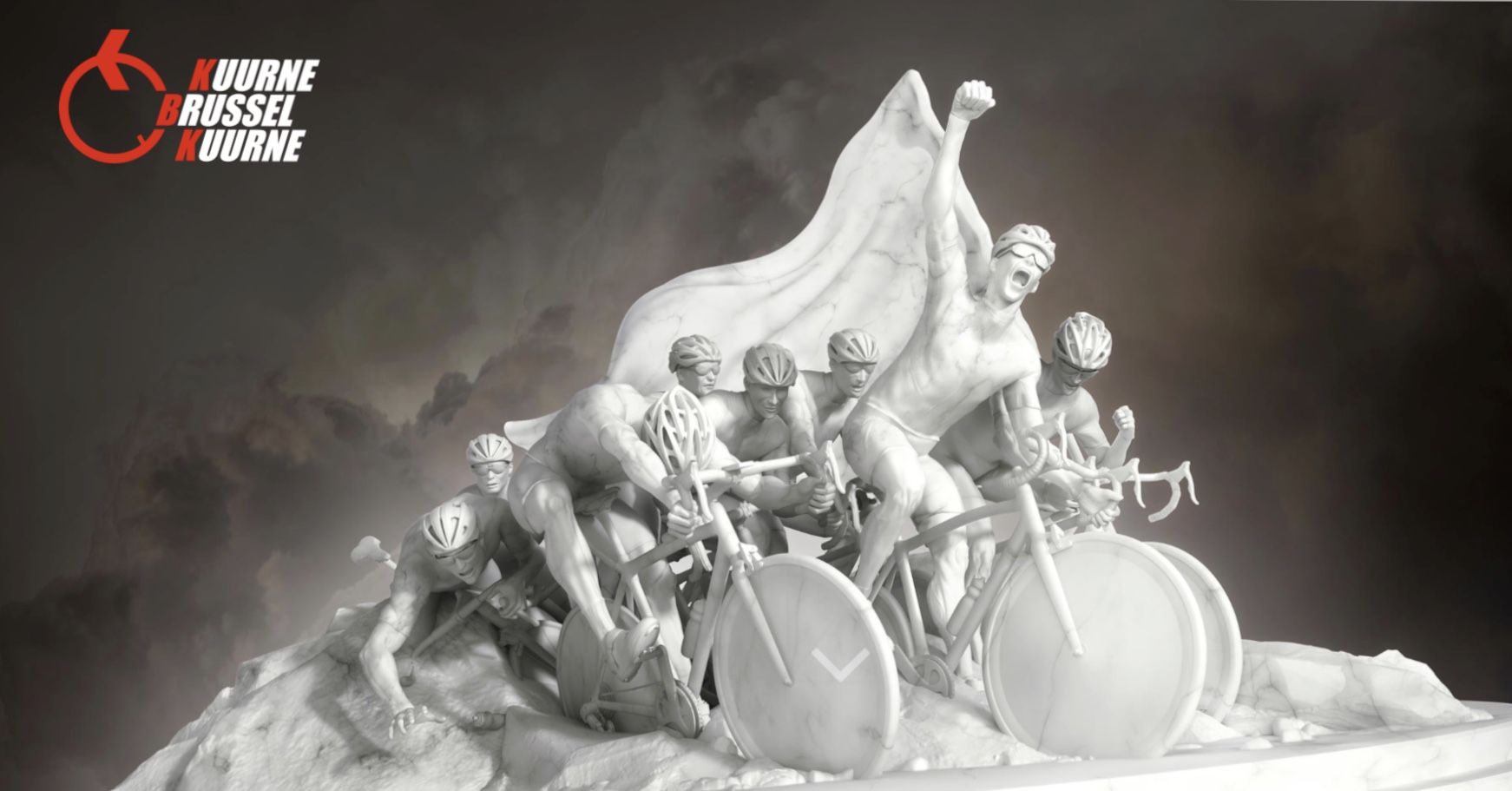 On or about the 75 kilometer mark, a crash involving Michael Delage (FDJ) caused a split in the peloton, resulting in 50 riders becoming  displaced well behind the main field.

Peter Sagan would animate the first climb of the day, the infamous Oude Kwaremont, with Stuyven closely marking his move.

However, as the pace of the lead group began to fall towards the climb of the Kluisberg, the perviously displaced 50 riders managed to bridge their way back to the peloton.

From there, Lotto-Soudal took the initiative of setting the pace when hitting the last three climbs of the day, while also receiving some support from IAM Cycling.

Julien Vermote (Etixx-QuickStep) then attack on the last climb of the day, the Nokereberg, while taking Stuyven, Greg Van Avermaet (BMC), Sagan, Jurgen Roelandts (Lotto-Soudal), Dries Devenyns (IAM) and Salvatore Puccio (Sky), along with him.

However, it wasn’t long before the chase managed to bridge their way to the lead group, once again bringing the peloton back together.

It was then that Stuyven initiated a series of accelerations that subsequently shattered the peloton into a several small groups.

Stuyven et al eventually created a slight advantage of 40 seconds over the chase, while Lotto-Soudal tried in earnest to bring the leaders back.

During that time, Stig Broeckx (Lotto-Soudal) suddenly found himself caught up in a crash with a medical motorbike, ultimately seeing the Belgian rider off in an ambulance.

Back up front, Stuyven succeeded in riding clear of his breakaway companions during the final lap.

From there, the Belgian rider quickly established a lead of 16 seconds over the first group of chasers, while the peloton lingered at more than half a minute further behind

Heading into the streets of Kortrijk with 10 kilometers remaining, Stuyven had a lead of half a minute over the chase group containing Boonen, Vermote, Rowe, Ligthart, Naesen and Van Avermaet.

Meanwhile, the peloton was now 43 seconds down on the leader.

Despite a last minute mishap on the part of Stuyven, wherein the Belgian rider almost lost control during one of the final left hand corners, there  was no retrieving the Trek-Segafredo rider, who went on take a solo victory 17 seconds ahead of the chase.