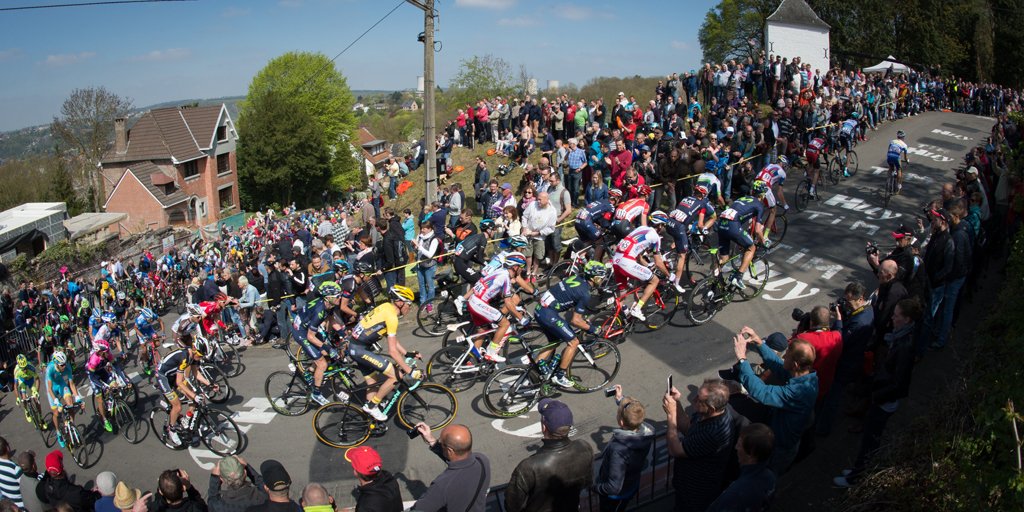 Alejandro Valverde claimed an historic fourth victory in Flèche Wallonne today, with a well-timed attack with less than 100 meters to go, that served to hold-off any last challenges from Etixx – Quick-Step’s Julian Alaphilippe and Daniel Martin.

However, heading up the penultimate climb of the Mur de Huy, the four escapees were clinging to mere seconds over the rapidly approaching peloton.

From there, Movistar’s Ruben Fernandez and Wanty – Groupe Gobert’s Bjorn Thurau suceeded in bridging their way to van der Sande and Bono, who had fallen slightly behind their fellow breakaway companions after the climb.

Back up front, Cummings managed to jettison Dillier with 27 kilometers to go, while holding onto a modest gap of 50 seconds over the peloton.

However, a determined Team Movistar would eventually reclaim all of the lingering escapees during the final 20 kilometers, to include Cummings a further 2 kilometers later.

However, their efforts were quickly reduced to a mere 10 second advantage during the last 7 kilometers.

With the peloton fast on their heels, Jungels made a last-ditch acceleration on the Côte de Cherave, while Izaguirre followed in his slipstream.

Back in the chase, Tim Wellens (Lotto-Soudal) decided to attack along the Cherave, quickly reaching the two leaders during the final 3 kilometers.

But, once again a determined peloton managed to reel back the leaders just one kilometer later.

Inside the final kilometer, Katusha’s Joaquim Rodriguez took to the front, while Valverde closely marked his move.

Martin was the next rider to follow, making his move along right side of the leaders.

As the leaders were making their way up the final crest, Valverde initiated his winning move along the left side of the course, while Alaphilippe tried in earnest to mark his wheel.

But, there was no countering the veteran Spanish rider’s move during the closing 75 meters, who went on to win his fourth and third  consecutive victory in this year’s Flèche Wallonne.