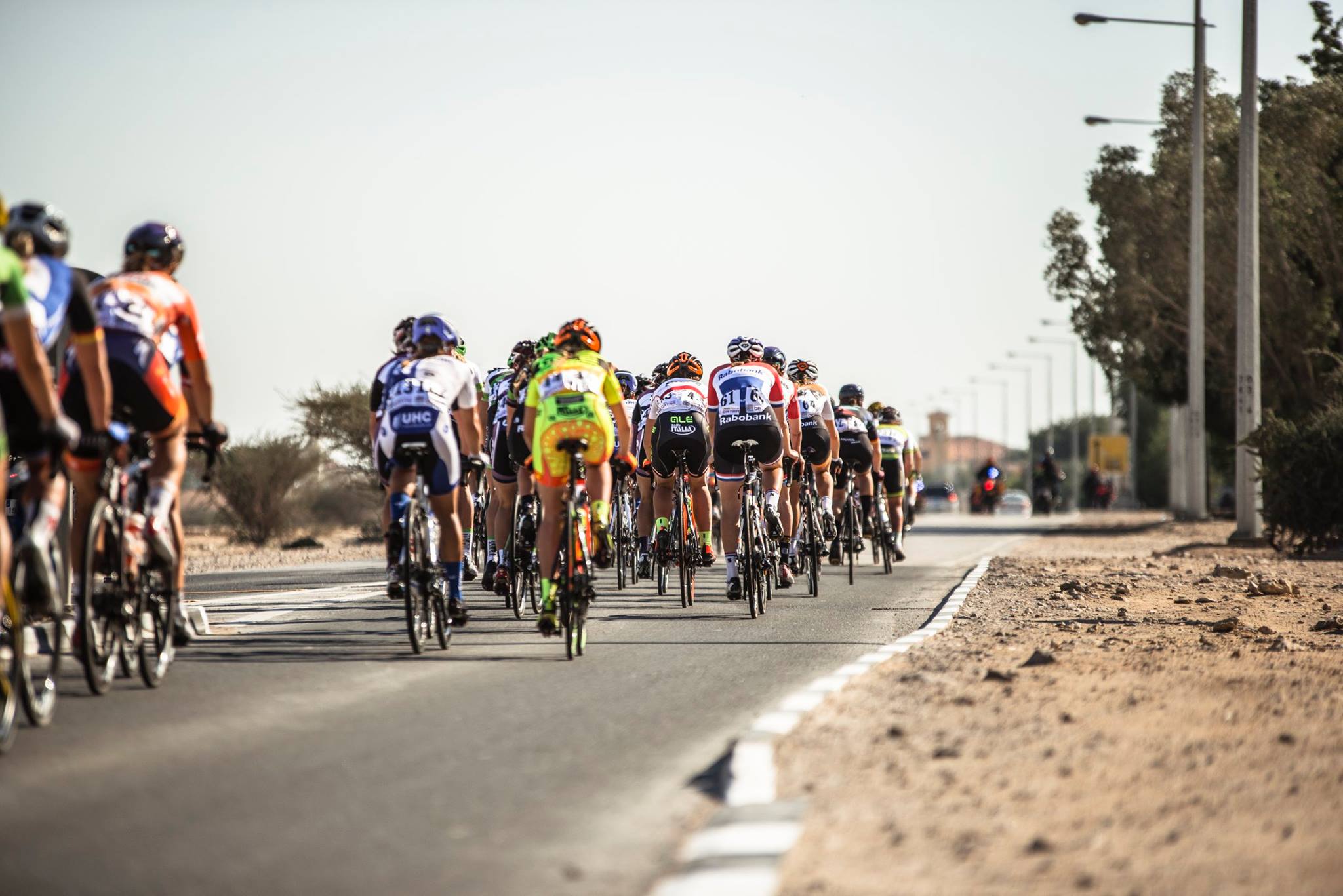 After a fantastic start to the season, including a victory at the Tour Down Under and the national time-trial title, 34-year old Katrin Garfoot added  stage 2 of this year’s Ladies’ Tour of Qatar to her list of achievements today.

The Australian rider made the best of an extremely eventful day, to not only clinch her first victory in Qatar, but also to claim the overall leader’s Golden Jersey.

Meanwhile, today’s stage will be a memorable one for yesterday’s winner, Kirsten Wild (HTP), whose hopes were dashed after a broken chain, followed by a crash, saw her chances of winning a fifth crown fade away.

Under a cloudy sky and fairly mild temperatures, 90 riders of the Ladies’ Tour of Qatar set-off on today’s 120 kilometer stage from the Sheikh Faysal Museum to the Al Khor Corniche.

After 8 kilometers of racing, the stage was animated by Alexandra Nessmar (LWW), who managed to ride clear of the peloton, only to be quickly joined by Yue Bai (GPC).

From there, the duo went on the establish 2:20 advantage over the peloton for the next 30 kilometers.

However, the two escapees were eventually caught just after the first intermediate sprint, which was won by Bai.

However, the duo’s time out front was short-lived, as both riders were soon pegged back by the chase.

Hosking then made quick time of forging another breakaway attempt, this time with Shelley Olds (CPC) and Gracie Elvin (OGE), subsequently building up 1:35 gap over the chase.

Back in the main field, Wild was struck by tragedy again, this time involving a crash. However, the HTP rider managed to remount and join the race.

Heading into the final 20 kilometers, the chase had succeeded in pulling back the lead trio, only to see Hosking once again go on the attack, bringing a total of 9 riders along with her, to include, Longo Borghini (WHT), Pieters (WHT), Van Dijk, Kasper (DLT), Worrack, Cromwell, Guarischi (LPR), Elvin and Garfoot (OGE).

From there, their lead continued to stretch out to more than a minute during the closing kilometers.

However, as the finish started to come closer into view, Pieters, Kasper, Worrack and Garfoot attempted a final attack, leaving their breakaway companions unable to respond.

Heading into the final kilometer, Garfoot went on the attack again, this time jettisoning her rivals for good – later crossing the finish some 13 seconds ahead of Worrack and Pieters.

Meanwhile, the Hosking group crossed the finish almost a minute back.