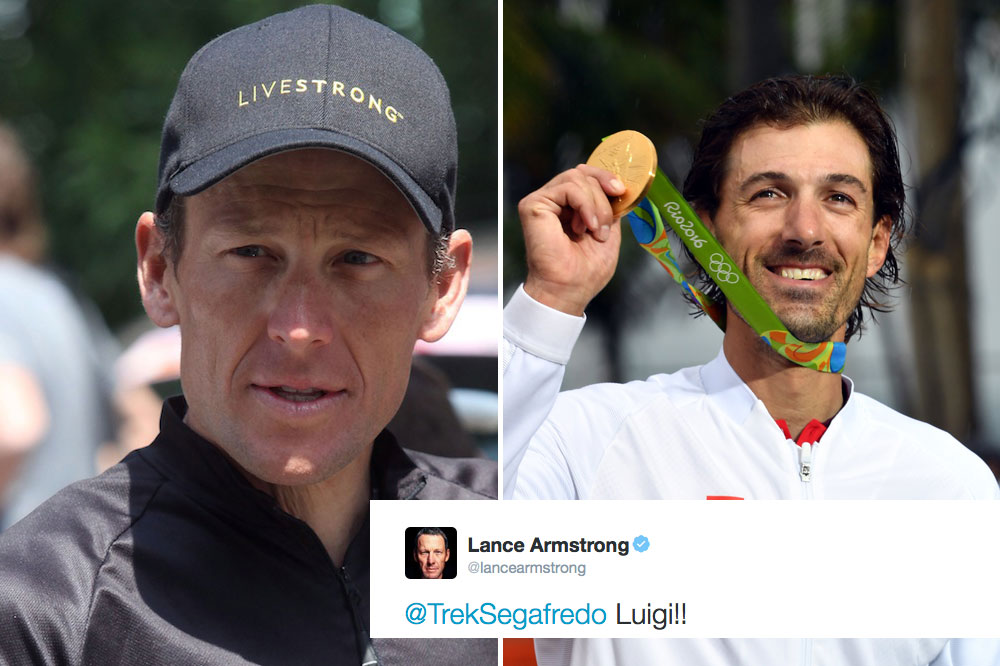 Lance Armstrong stirred things up on social media this week, after tweeting a cryptic one word message in response to Fabian Cancellara’s Olympic time trial win, that was interpreted by some to suggest the Swiss rider was doping.

To many, the meaning of Armstrong’s intentionally vague message may be lost, but to those who followed the Operation Puerto doping case – it has another meaning.

‘No. 24 Clasicómano Luigi’ was a codename allocated to one of the blood bags recovered from the clinic of Madrid doping doctor Eufemiano Fuentes in 2006. Past rumors have linked the bag to Cancellara, or another former pro, Thomas Dekker.

Additionally, Luigi is also the name of Luigi Cecchini, long-time trainer who worked with Bjarne Riis at the CSC team that Cancellara rode for from 2006 to 2010.

In his tell-all book The Secret Race, Armstrong’s former teammate, Tyler Hamilton, asserts that Cecchini was party to doping. Something Cecchini strongly denies.

Armstrong’s message to Cancellara received a flood of replies from irate Twitter users, admonishing his jab at the Swiss rider.