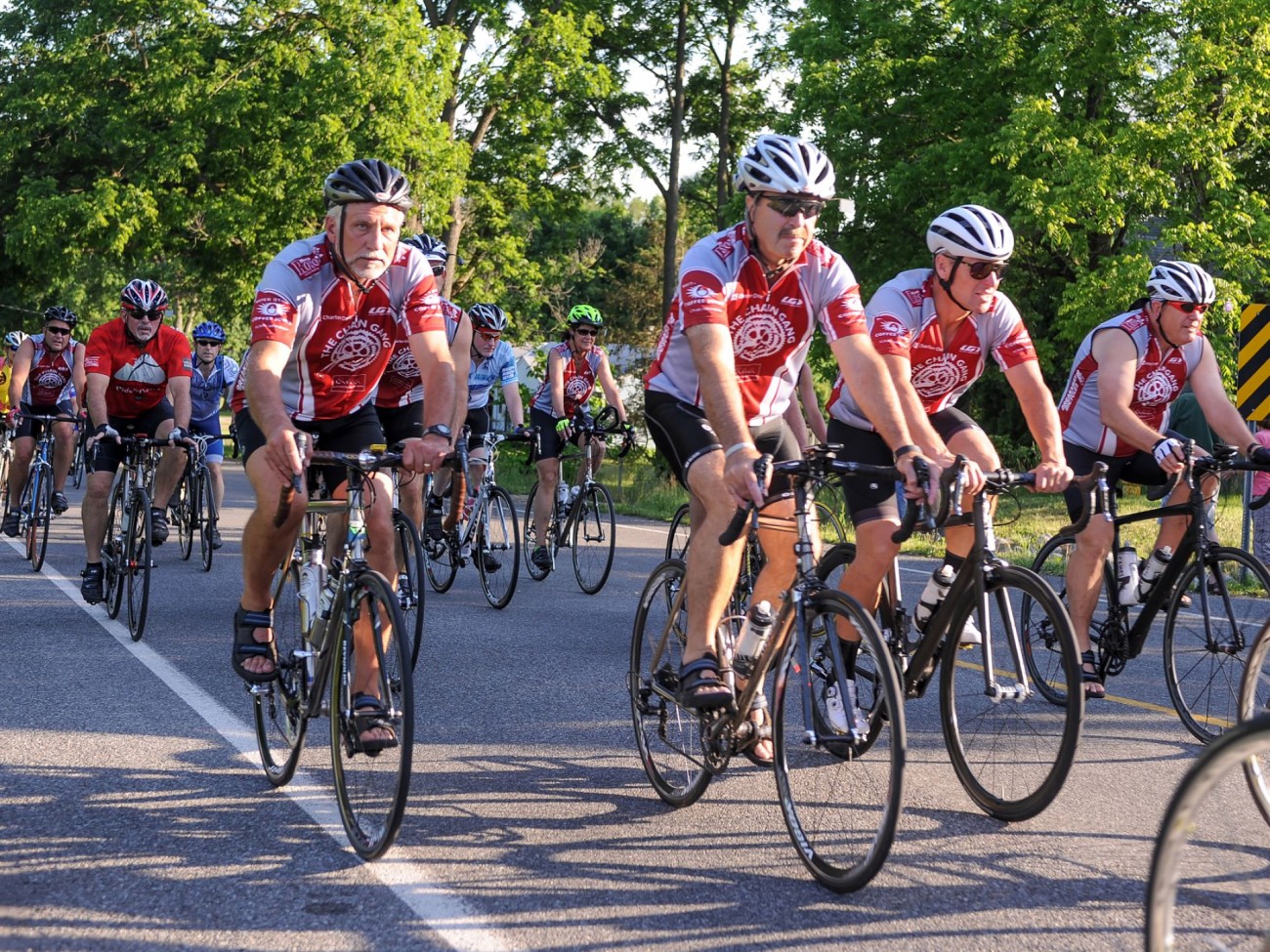 Lance Armstrong joined an estimated 700 cyclists to help finish the ride that nine riders started out on a week ago, that claimed the lives of five of them and seriously injured four.

Cyclists from all over the Greater Kalamazoo area and beyond, made their way to the parking lots of the Kalamazoo County Health and Community Services to finish a 28.5-mile ride that was being made last Tuesday by The Chain Gang cycle group before they were maliciously run down by a motorist driving a pickup truck.

Lance Armstrong said the incident left him speechless and brought him to Kalamazoo yesterday  to help the families, friends and supporters of Chain Gang members “finish the ride.”

“I’ve ridden a bike for 30-plus years. It’s what we do,” said Armstrong, who is perhaps the world’s most recognizable cyclist. “We go out with our friends, our team, our teammates, our rivals even. And we’ve all had that moment where you get that brush (from a passing car), where it’s just a little too close and it scares you. We all know that. But none of us knew this.”

Armstrong flew in from his summer home in Aspen, Colorado, to ride with cyclists here from Kalamazoo to Plainwell and back.

“This is part of the healing process for all of us,” said Kalamazoo Mayor Bobby Hopewell told the cyclists before they started to ride. “Mr. Armstrong, thank you for coming to our community. There are so many great reasons to be in Kalamazoo. We are honored that you’re here for this but we certainly wish this was not the occasion that you were here.”

Hopewell drew applause when he invited the riders to “enjoy the ride and be safe,” and said, “We can’t allow the evil and stupidity and ignorance of those that decide to harm folks through their actions, to stop us from living our lives.”

Emails, tweets and other online messages grew what was originally intended to be a ride for members of the Chain Gang, their family members, their friends and other supporting area bike clubs, into one that drew hundreds of riders. That was fueled by cyclists who said they wanted to support the fallen riders, the most prominent of whom was Armstrong.

He met with some of the injured cyclists and their families yesterday at the Borgess Medical Center and Bronson Methodist Hospital.

Posts by him on social media had stated that Tuesday’s ride was open to everyone, but organizers of the event stressed that the focus needed to remain on the victims’ families.

The event was organized by Toni Daniels and the Trikats (Kalamazoo’s triathlon club), Renee Mitchell and the Kalamazoo Bicycle Club, and Meg Zapalowski and the Southwest Michigan Mountain Biking Association, working with the Chain Gang and others.

“Lance Armstrong reached out to the victims of the bicycle accident and said, ‘I feel a lot of empathy for the situation. I want to come out and visit with the families and finish the ride,'” Daniels explained. “So, of his own volition, his team came out here. Today was the day, the one week anniversary since the accident.”