CapoVelo.com
CapoVelo.com - - Lance Armstrong Says "I Would Have Won the Tour de France Even if Everyone Was Riding Clean"
75014
post-template-default,single,single-post,postid-75014,single-format-standard,no_animation 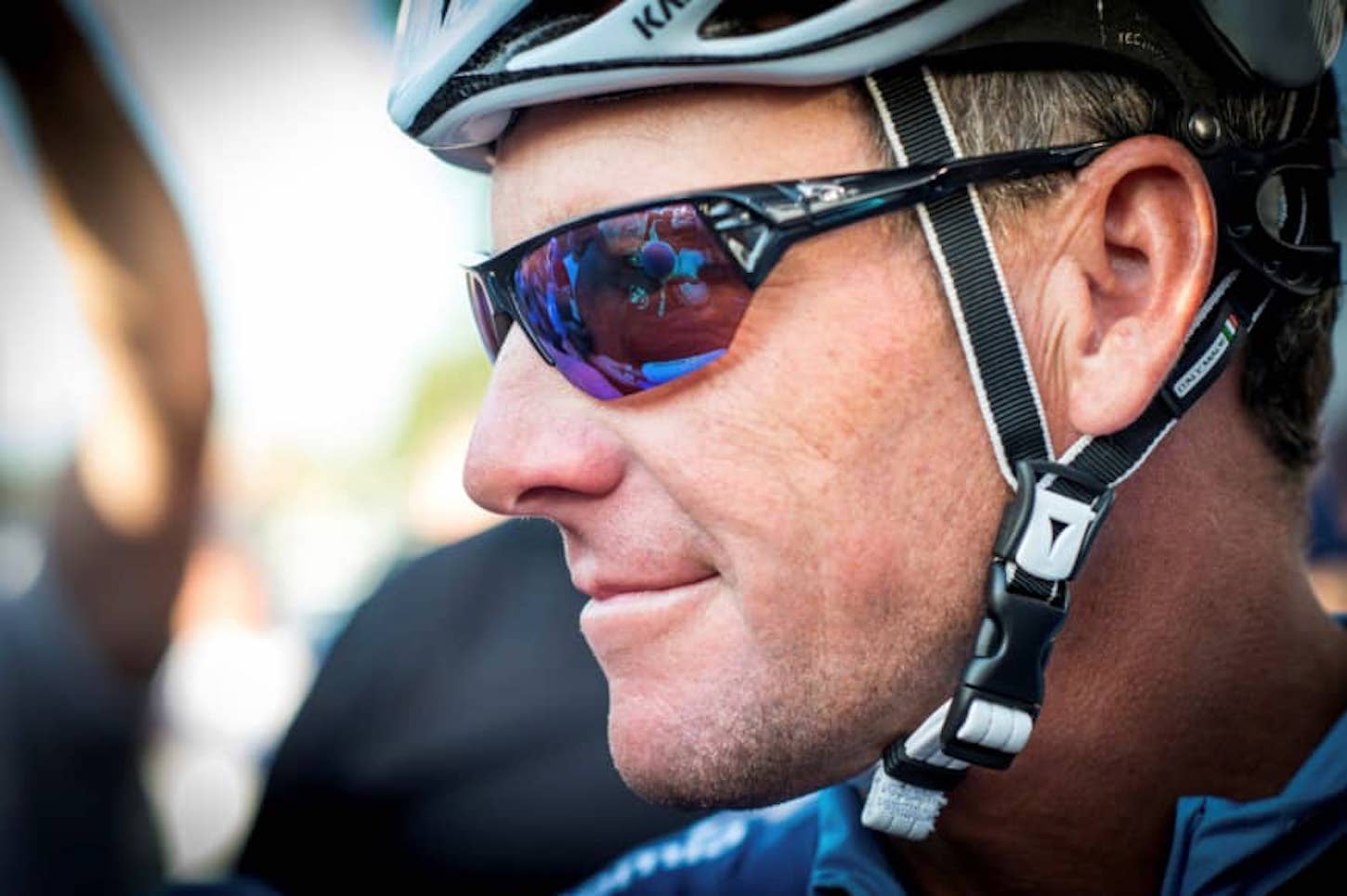 During an in-depth interview with NBC Sports journalist Mike Tirico, Lance Armstrong said that he and his team would still have won the Tour de France seven times even if the entire peloton was riding clean.

However, Armstrong told Tirico his decision to dope was a mistake, yet he also said he wouldn’t change a thing in his career, and he was proud of the efforts he and his teams put into the Tour preparation outside of their use of performance enhancing drugs.

“What I wish would have happened, I wish kids from Plano and Glenwood Springs, Colorado, and Brooklyn and Montana, as young Americans, if we’d have gone to Europe and everybody was fighting with their fists, we still win,” he said. “I promise you that.”

“What did we say? We said we worked the hardest, had the best tactics, best team composition, best director, best equipment, best technology, recon the courses. All the things we said, we did. We left out a part, but we did all that stuff. Because now this one thing is part of the story doesn’t erase all that. All that happened,” Armstrong said. “If you just had this one thing and did none of that, you get last.”

When asked by Tirico to recall why he and many of his teammates decided to use performance enhancing drugs, Armstrong said it was necessary to dope in order to compete in Europe.

“That wasn’t just a feeling, that was a fact,” he said. “I don’t want to make excuses for myself that everybody did it or we never could have won without it. Those are all true, but the buck stops with me. I’m the one who made the decision to do what I did, and it was … I didn’t want to go home, man. I was gonna stay.”

“I told you earlier, I don’t lay down. And it was the wrong decision, but laying down would have been giving up, going home.

“I knew there were going to be knives at this fight, not just fists. I knew there would be knives. I had knives, and then one day, people start showing up with guns. That’s when you say, ‘Do I either fly back to Plano, Texas, and not know what you’re going to do? Or do you walk over to the gun store?’ I walked to the gun store. I didn’t want to go home.”

However, Armstrong denies claims that he pressured others into doping.

“There are a few things that are just not true about the story,” he said. “I mean, there’s a lot true, but this idea that myself or anybody forced or mandated or encouraged anybody else to cross that line, just isn’t true. It’s not true. Absolutely not true.

“We did what we had to do to win. It wasn’t legal. It probably wasn’t the best decision, but look, we wouldn’t have won had we not. But I wouldn’t change a thing. I’ve said that three times. I would not change a thing,” Armstrong said, pausing briefly between each word for emphasis.

“Most of my memories, my fondest memories – yeah, I could pick a few race highlights – but boy, I can tell you about the eight-hour day in the Pyrenees previewing Haute de Com in the pouring rain – pffft – the best,” he said, tearing up as he spoke.

Armstrong also described his first experience with performance enhancing drugs, a line he said he first crossed in 1991.

“I think I do,” Armstrong said when Tirico asked if he remembered his first experience. “There are gateway drugs that maybe they weren’t banned, certainly weren’t detectable or tested for. The easiest way to think about it is, if you think it’s going to help you, even if it’s not detectable or banned, then you’ve crossed the line.

“It was probably ’91, maybe, at an Italian stage race. And again, it’s hard to differentiate, because I believe we weren’t given anything banned, but the doctor walked in – and I was in the lead of the race, and I wanted to win the race – and he walked in and I said, ‘Give me everything in the bag.’ And he just laughed.”

“But it was just probably some form of cortizone or, Armstrong said and then trailed off, failing to finish his through. “But the first time I took a legitimately banned substance was ’93.”