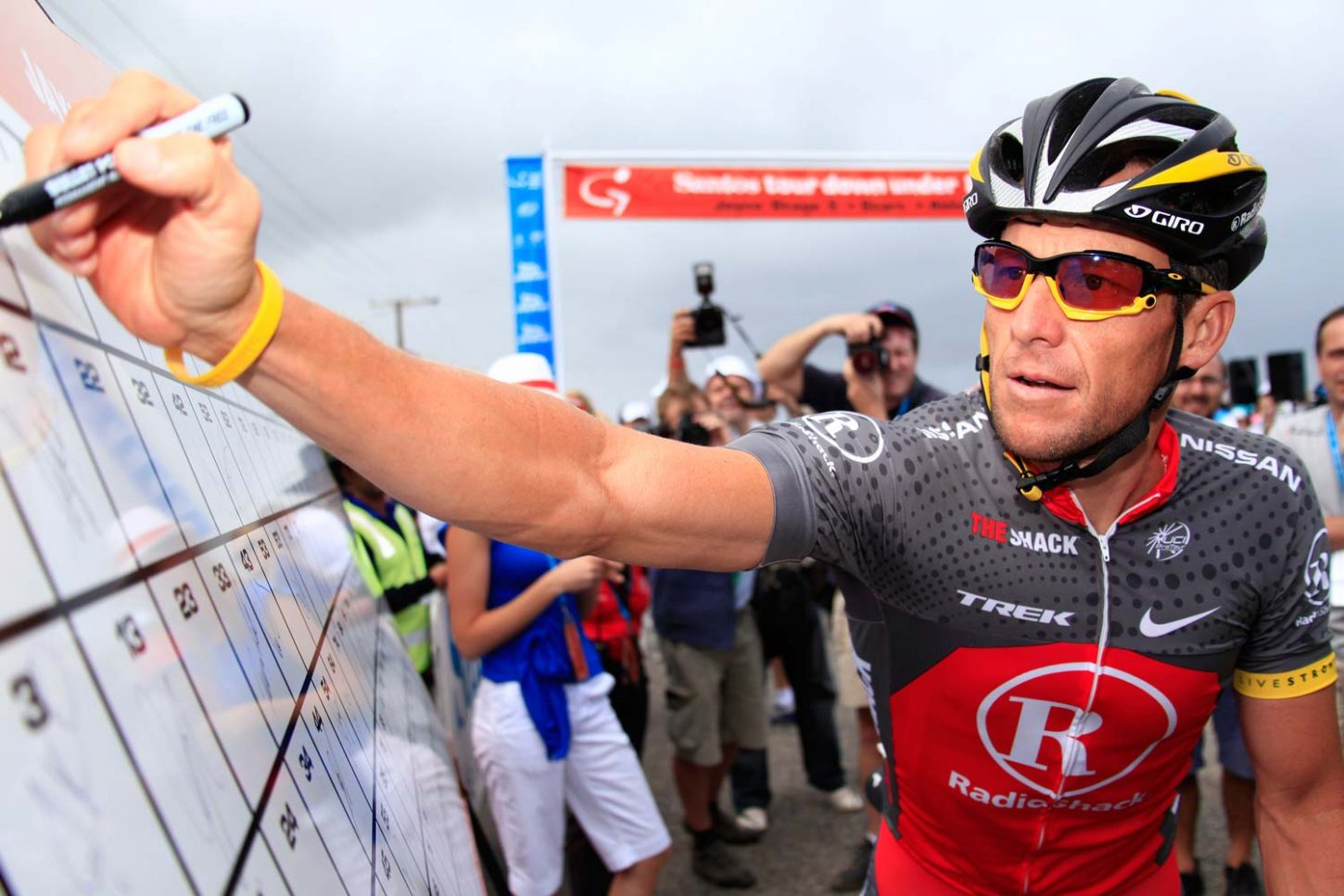 According to documents released by the South Australian government, Lance Armstrong was paid $1 million to ride in the 2009 edition of the Tour Down Under.

The revelation comes now that a 10-year confidentiality agreement between Armstrong and the state government expired this week.

The documents reveal that in addition to the $1 million, Armstrong also received free accommodations and food and travel expenses for participating in the race, a deal that was brokered by then-premier Mike Rann.

“South Australians have a right to know this information. We tried to release it straight after the election but couldn’t legally under the terms of the contract, which explicitly prevented either party from publicly disclosing its details for 10 years,” said treasurer of South Australia Rob Lucas.

“By anyone’s standards that’s an astonishing amount of money to pay one man for a six-day race, not to mention the extra sweeteners on the side — first-class airfares for two, hotel accommodation, meals and other incidentals.”

“Finally, we can reveal to South Australians what Labor MPs have been happily sitting on for a decade that they forked-out a staggering US $1 million on behalf of taxpayers to an athlete who was subsequently exposed as the ringleader of the world’s most sophisticated doping program in sporting history,” Lucas added.

“By anyone’s standards, it’s an astonishing amount of money to pay one man for a six-day race, not to mention the extra sweeteners on the side such as first-class airfares for two, hotel accommodation, meals and other incidentals. And this is just the tip of the iceberg.”

The details regarding Armstrong’s appearances at the 2010 and 2011 cannot be disclosed for another year and two years respectively. However, the 2015 Cycling Independent Reform Commission reported that Armstrong would have received a total of $3 million as part of his three-year deal.

According to the Australian media, the contract did not include any provision to terminate the contract in the case of Armstrong bringing the race into disrepute, and that there had been no attempt to recover any of the funds paid to Armstrong following his lifetime ban for taking banned performance-enhancing substances.