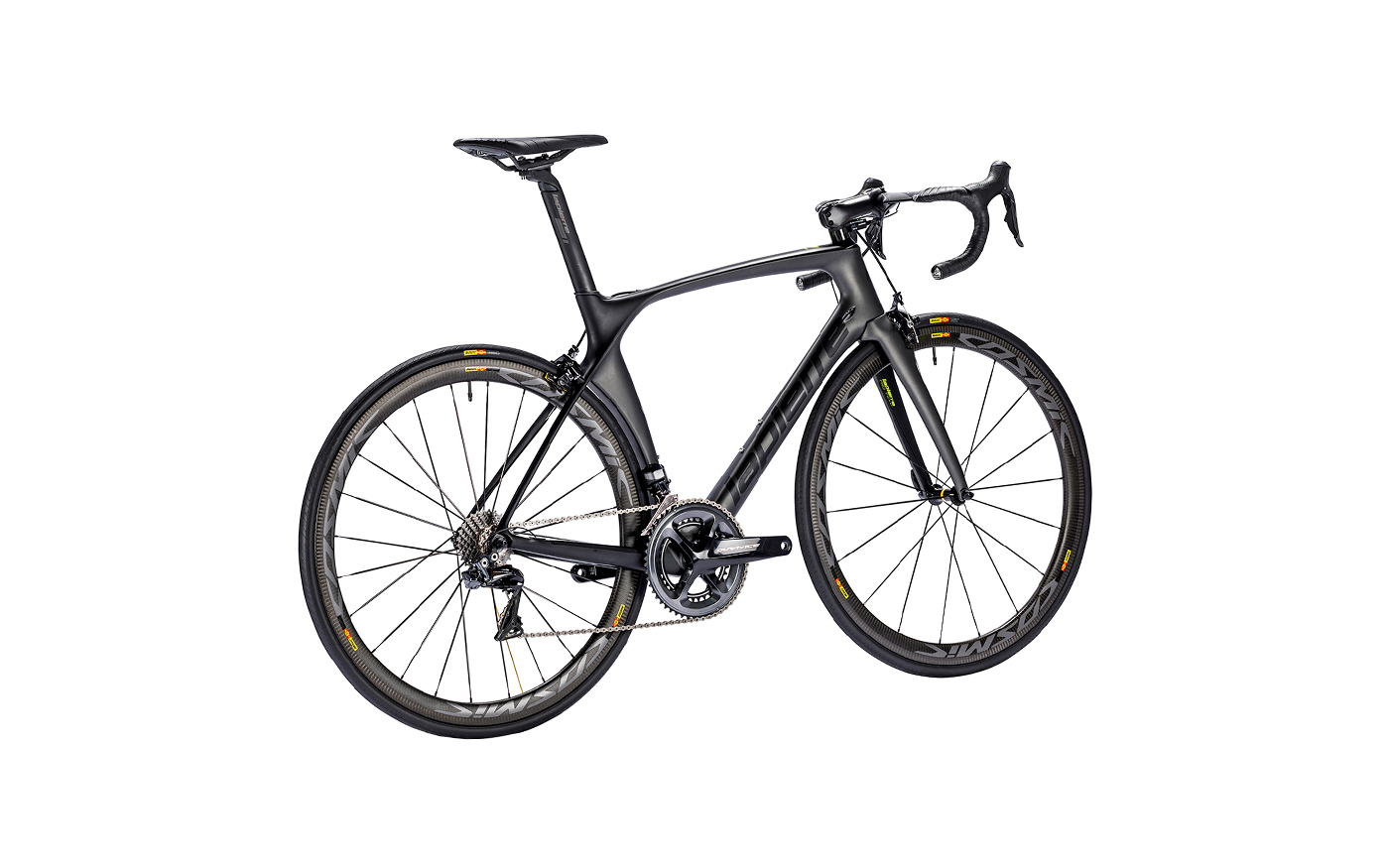 It’s been quite awhile since we last visited the Lapierre name, mainly because the previous importer for the United States did such an exemplary job of screwing up the French brand for these shores, it all but disappeared for us yankophones.

Nevertheless, Lapierre has launched a new flagship road bike called the Aircode SL 900 Ultimate which has served to re-invigorate the flux sanguin in us.

Perhaps, the most obvious feature of the new Aircode SL 900 Ultimate is its unique aerodynamic signature, which conforms to all of the latest NACA and Kamm Tail design principles that Lapierre could throw at it, to include a new aero seatpost design that comprises a small rubber insert to combat unwanted vibrations, as well as a revised downtube that’s not only been lowered, but wraps around the fork crown in order to reduce frontal drag. Moreover, the top section of the headtube features a recessed area that allows the stem to be positioned lower for a more aggressive position and to further increase its wind cheating capabilities.

Other features that punctuate the Aircode SL 900 Ultimate are direct mount brakes and Lapierre’s Trap Door storage compartment, which nicely conceals a Di2 battery inside the bottom bracket shell.

Geometry was another consideration when designing the Aircode SL 900 Ultimate, which Lapierre turned to the venerable FDJ Team for its feedback.

As a result, key changes were made with respect to less fork rake and shorter chainstays as a means of sharpening up the bike’s handling characteristics.

So, where can us yankophones purchase one of these French Steeds nowadays?

Well, as it turns out, there’s now a Lapierre Bicycles North America.

Let’s just hope that they do a better job of handling the brand than those last crétins.