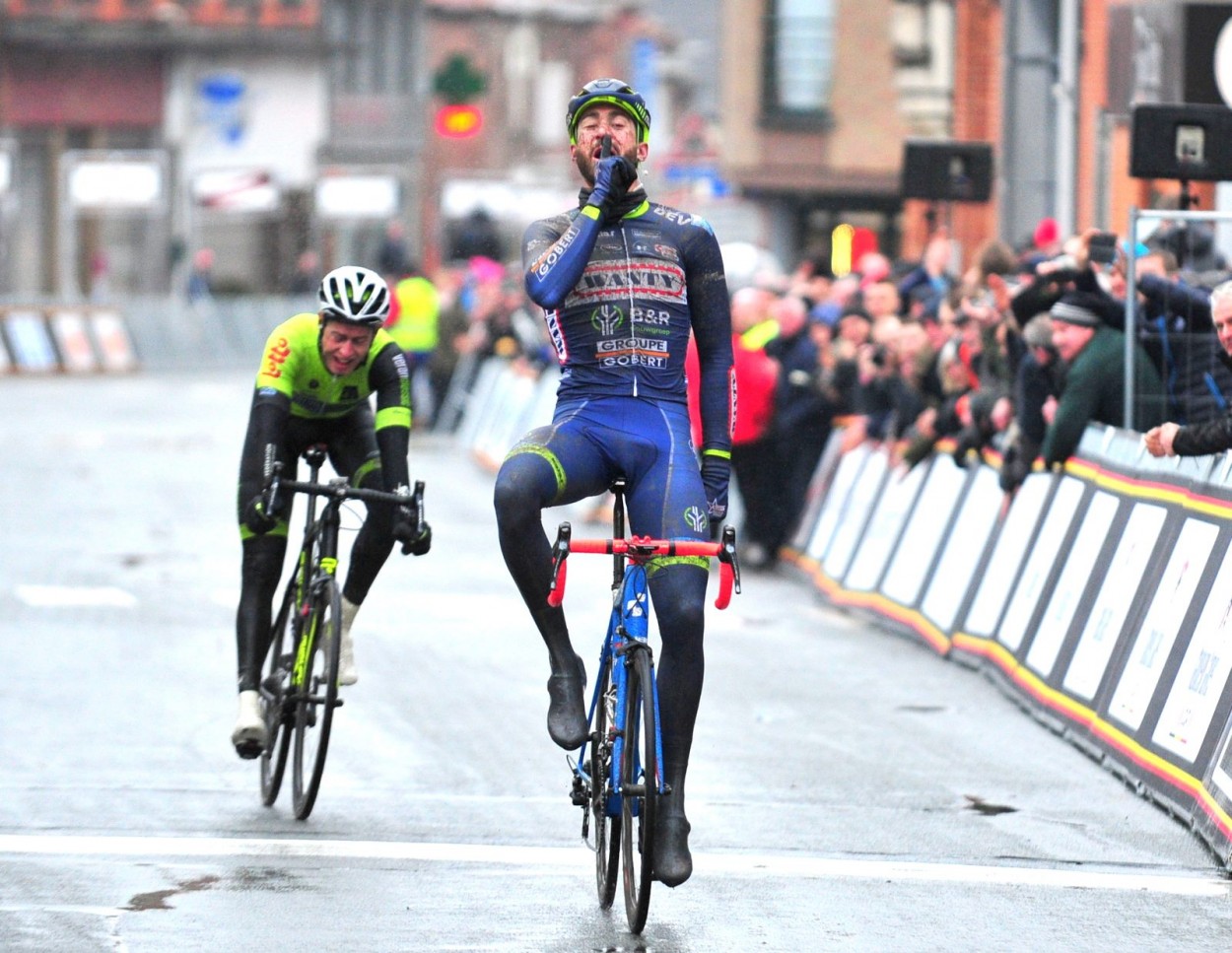 “It was a very hard race, and I survived,” said van Keirsbulck after the 202.2 kilometer race. “I’m very happy.”

“It’s the first year I can race for myself and it was nice to be able here,” he added.“Last year we had the same weather and I got too cold on the last lap, but today I took enough clothes to be sure.”

A group of five riders found themselves out front for the first half of the race, but the escapees were never given more than a three minute advantage over the main field.

From there, the septet made its way into the final 25-kilometer lap around Dour with a slight gap of just 16 seconds over the chase, which was being led in earnest by Team Cofidis.

However, four of the seven breakaway riders were soon reeled in, leaving Van der Sande, Van Keirsbulck and Kirsch off the front.

Heading into the final 12 kilometers, Van Keirsbulck commenced an attack during one of the last cobbled climbs, quickly dropping Van der Sande and leaving Kirsch struggling to stay onboard with the Belgian rider.

The two leaders continued to remain outside the clutches of peloton until their arrival in Dour, where Kirsch was the first to initiate his sprint only to be surpassed by Van Keirsbulck during the closing meters.