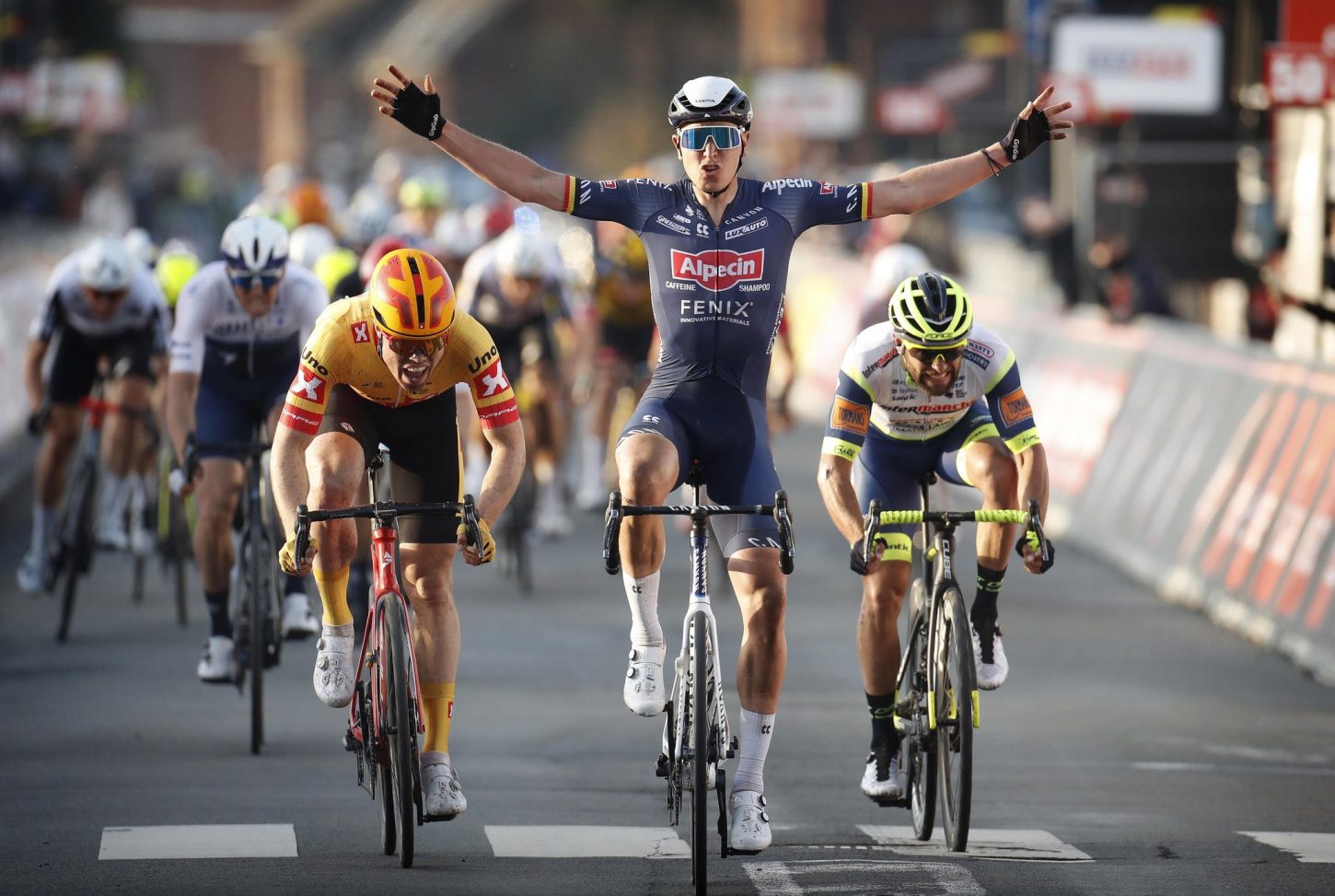 Tim Merlier (Alpecin-Fenix) claimed this year’s edition of Le Samyn today, after a well-timed sprint to the finish.

With help of his teammate Mathieu van der Poel with an excellent lead-out, Merlier was delivered to the front with around 150 meters to go, piping Rasmus Tiller (Uno-X) and Andrea Pasqualon (Intermarche-Wanty-Gobert) to clinch the race honors.

Today’s 205 kilometer course in Belgium saw several attacks, with van der Poel animating most of them during the day.

But, the quartet’s advantage was further reduced thanks to Mark Cavendish (Deceuninck-QuickStep) and others who lead the chase effort.

Van der Poel later attempted to bridge his way to the leaders, before Victor Campenaerts (Qhubeka ASSOS) attacked off the front of the peloton 30 kilometers remaining.

The Belgian rider was later joined by Ludovic Robeet (Bingoal). But, the duo didn’t last long out front, with Robeet being the first to get reeled-in, followed by Campenaerts with around 14 kilometers remaining.

With the peloton back together, van der Poel, who had suffered a broken handlebar, was left to lead-out Merlier down the home straight.

Campenaerts and Tiller both attacked from a distance, but there was no stopping Merlier who came through to seize the victory.