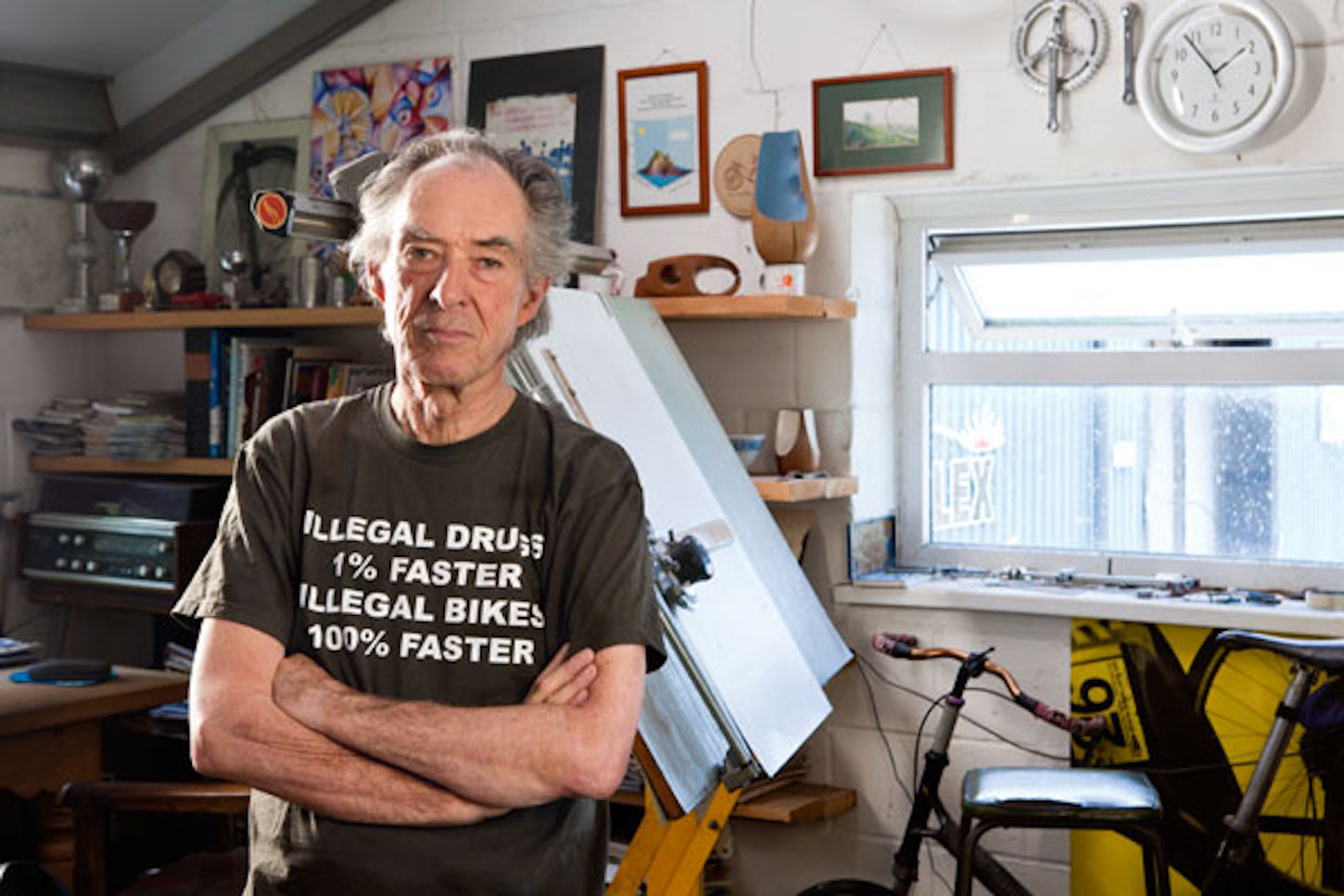 UK-based Aim93 is aiming to break the world record for a human powered vehicle with a newly designed recumbent bicycle. The small team of engineers believes they can hit 93 miles per hour (mph), significantly eclipsing the current standard of 89.6 mph for a Human Powered Vehicle (HPV). To achieve this, they’re relying on decades of experience and the latest digital design and simulation tools.

For context, how fast can a person typically go in a vehicle operated under their own power? Most people on a conventional bicycle can easily get going 10 mph on flat terrain. Competitive cyclists can hit speeds of 25-30 mph without too much trouble.

But there’s an entire community of engineers, designers, tinkerers, and cycling enthusiasts committed to pushing the limits of what’s possible in the specialty arena of HPVs. They design, fabricate, and pilot vehicles that are technically bicycles, but look more like pedal-powered rockets. In 2016, a team from Aerovelo set the existing record of 89.6 mph in their vehicle, the Eta.

Glen Thompson and Mike Burrows have both been active in the world of HPVs for years, and have competed against each other numerous times.

Thompson is a designer, engineer, and Senior Lecturer at London South Bank University. Having originally studied Vehicle Design at the Royal College of Art, his specialty is the study of aerodynamics. His HPV racing career reached a pinnacle in 1987 when he won a silver and four bronze medals at the World HPV championships in Vancouver.

Burrows is a long-time bike designer based in Norwich, England. He’s perhaps best known for designing the revolutionary Lotus 108 bicycle which was ridden to Olympic gold for Britain in the 1992 Olympics. In recent decades, he’s been focused on recumbent bikes, having developed the RatRacer and the commercially available Speedy. Famously iconoclastic, he doesn’t own a computer or a mobile phone, and eschews CAD systems for traditional hand drafting and hand crafting approaches.

Friendly rivals for over 30 years, they met again in 2013 at the funeral for a mutual friend, bicycle advocate and author Richard Ballentine, and decided to start working together on a new HPV, one that would leave the others in the dust.

“The most important factor in a partnership like this is confidence in each other’s abilities,” says Thomson. “Mike and I have always enjoyed sharing data, knowledge, and ideas about bicycle design and aerodynamics, and at the funeral we realized the opportunity to combine our talents to build a record breaker. Our mutual experience enables us each to critique and challenge the other’s ideas constructively. The only thing we ever argued about was who is the more arrogant!”

It’s rare to see an upright bike at an HPV competition. Instead you’ll see recumbent bikes because their aerodynamic profile is so much more streamlined. And the fastest vehicles are fully encased in farings that further reduce drag.

To make the frame, Burrows used his normal approach: the design started on a large drafting board in the gantry office above his workshop; it then progressed through various lash-up prototypes to a track-ready frame design built by hand by wrapping carbon fiber around foam cores.

Thompson, meanwhile, got busy on the faring, using a much more digital approach: he took the published data for the record holder at the time, Varna, and ran Computational Fluid Dynamics (CFD) simulations on it, then started making iterative changes to achieve aerodynamic improvements.

“Aerodynamics of HPVs is a unique field because they have the lowest extreme of drag forces for any human based vehicle (the fastest production cars at 93 mph have 80 times more aerodynamic drag),” says Thompson. “Setting up a CFD model needs highly detailed settings to arrive at reliable data. The software tends to underestimate forces, and for many HPV teams in the past, the move from CFD to road test data has led to disappointing results. I have always tried to work to the most pessimistic interpretation of the digital simulation. Autodesk CFD Motion, and their expert Heath Houghton, enabled us to verify our results and build confidence in the predictions.”

In 2016, the team brought on Barney Townsend, another designer/engineer and 10-year colleague of Thompson’s. Townsend’s role, among others, was to improve on Burrows’ hand-crafted frame using generative design technology.

Generative design uses machine learning and the power of the cloud to generate design solutions that a human would never consider—hundreds or even thousands of them. The designer then works collaboratively with the software, choosing trade-offs to achieve the goals they establish for size, weight, material, manufacturing method, and more.

“I started out by defining the loads that the frame would be subjected to, and blocking out the areas that were off-limits, such as the space for the rider, wheels, and chain set, and the outer boundary limitation of the aerodynamic shell,” says Townsend. “Basically, once the software knows the spatial and load conditions it must work within, it fills this with material and then nibbles away at it, continuously analyzing the internal stresses to remove as much mass as possible without going below the specified safety factor for the structure to do its job. It then presents the designer with a series of outcomes from which to make a decision”.

In July 2018, they’ll attempt to set a new world record in a standard one-hour HPV event. In this, the team launches the vehicle from a standing start and they see how much distance it can cover in one hour on a circular track. Mike Burrows himself, aged 73, may be the pilot.

But the big race comes at Battle Mountain, Nevada in September, sponsored by the International Human Powered Vehicle Association. There, the Aim93 team aims to set the new record for speed.

On a uniquely flat and straight section of Nevada highway, they’ll have five miles to get the vehicle up to top speed, which will then be measured for 200m.

So far, the 90mph mark has proved elusive for HPVs but the Aim93 team thinks they can beat that significantly. “All our simulations show that we should be able to hit 93,” says Townsend.