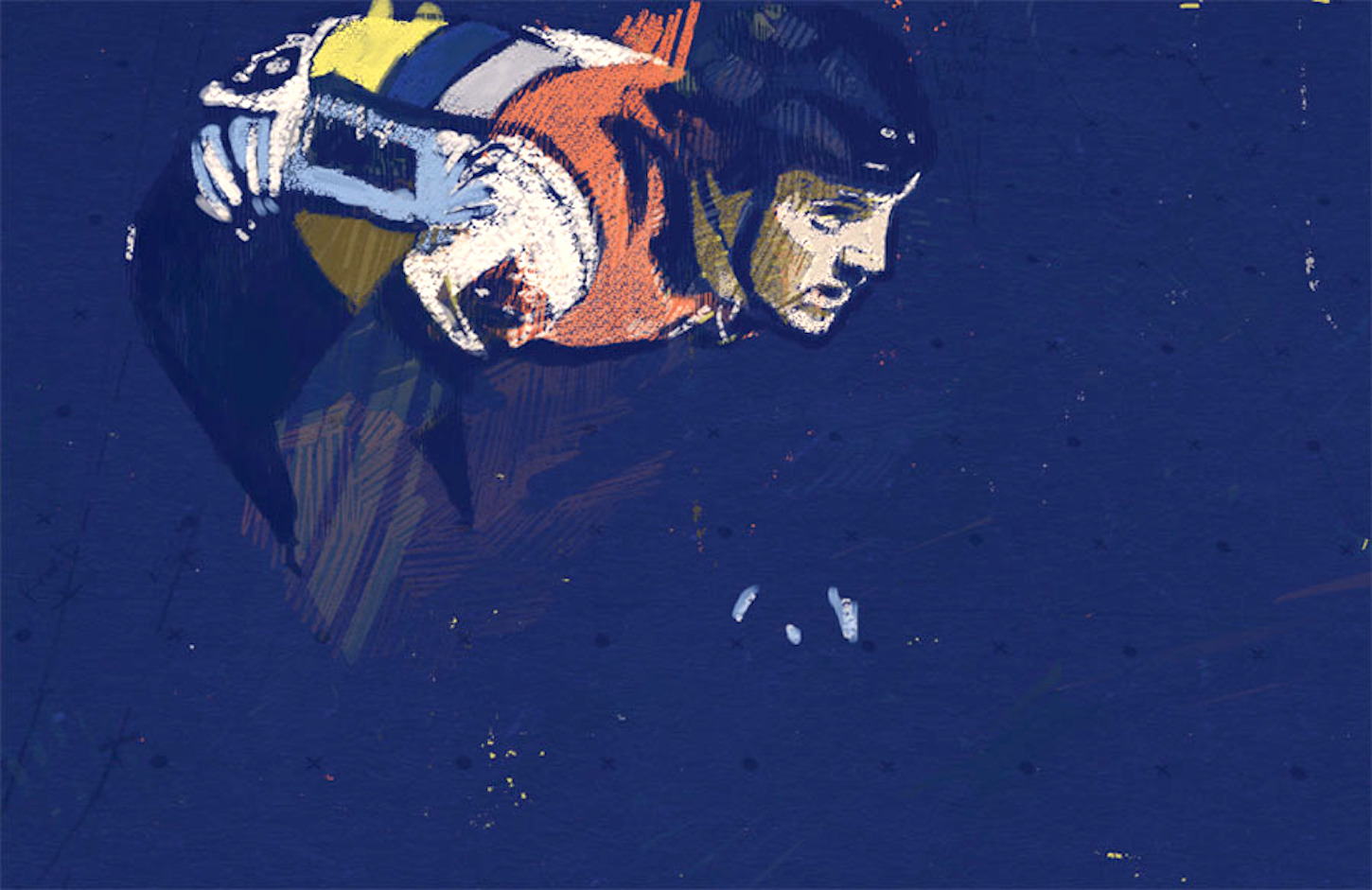 The global financial fallout from COVID-19 continues to disrupt professional cycling’s traditional sponsorship model, and has already thrown top-flight teams like CCC and Mitchelton-Scott into uncertain futures. As a result, there needs to be a stronger impetus for teams to explore alternative revenue streams in order to insulate themselves from the whims of wealthy benefactors and corporate sponsors.

One such under-appreciated revenue opportunity is the sale of officially licensed team gear. This is a potential revenue source often overlooked despite the cycling community’s widespread obsession with the latest and most advanced clothing and equipment. Historically there has only been marginal commercial interest in monetizing current-season team kits (although there is a very successful market for historic team kits, through retailers like Prendas Ciclismo). However, converting race fan enthusiasm and team loyalty into cash flow might be a step towards greater financial independence and sustainability.

Avid cycling fans find ways to stay engaged with the sport during the offseason. Speculation about what teams will be wearing in the coming season – “kit hype” – has become a real thing, appealing to a cross-section of fans obsessed with individual teams and with cycling fashion. This phenomenon is not dissimilar to the “sneakerheads” who help drive the shoe industry’s multi-billion dollar athlete signature shoe releases. This kit fascination reaches its crescendo around the end of the year when teams are headed for training camps in various warm climes around the world, and hold team announcement press conferences and reveal their new uniforms and equipment.

Cycling fashion is far removed from Nike’s Jordan-branded shoe releases; there certainly weren’t long lines at the local bike shop for Chris Froome’s yellow edition Sidi Ergo shoes when those dropped after his 2013 Tour de France victory. Nonetheless, cycling’s design-conscious fans have tuned into these annual apparel reveals with great interest, to the point that teams now consider them to be significant publicity events; many have staged more elaborate galas around the announcement. And media outlets are dedicating increasing space for photo galleries and commentary.

Yet, despite this large and growing amount of fanfare and attention, there is not really much of a commercial market in team kits, and even hardcore fans find it hard to purchase the genuine brand-manufactured clothing worn by their favorite riders. Most WorldTour team apparel that is available in bike shops or online storefronts are replicas. Genuine team clothing is often custom produced to suit the tastes of a star rider, for example, to have a preferred brand of chamois or a bib top design not offered by their sponsor. As a result, successful teams like Deceuninck–Quick-Step, Jumbo-Visma, and Bora-Hansgrohe haven’t really been able to capitalize on this kind of fan interest to generate revenue.

This seems crazy in a sport that is eager to find new revenue sources. If the sport could better cater to its existing and new fans with genuine team apparel products, it might be surprised at the revenues that could result.

Let’s step back for a moment, and review where most sports-related revenue comes from. Most professional sports teams derive their revenue from three main sources; TV broadcast or streaming rights; game-day gate receipts (i.e., ticket sales); and licensed sales of team-branded clothing and other merchandise.

First, the inability to translate viewership into valuable broadcast rights (outside of the Tour de France) makes potential television revenue-sharing impractical, barring a complete digital streaming overhaul of the sport’s broadcast infrastructure. Even if the currently limited television revenues are shared with the teams, reports have demonstrated that this would still be a relatively minor source of team income. Direct broadcast sales rights, as exploited in other sports, are still a long way off in pro cycling.

Second, pro road cycling is literally played out on the road and generally lacks a physical stadium, so ticket sales revenue is either non-existent or severely constrained – limited to unique circumstances, such as the VIP viewing sections at key sections of the Tour of Flanders.

These two factors suggest that if a cycling team truly wants to find a source of self-sustaining revenue and construct a more sustainable franchise, it would do well to investigate a third option: Sales of team-branded clothing and gear. Advanced marketing and anticipation for genuine team kits, clothing, and accessories sales are a viable revenue stream that could be tapped and maximized immediately. And this is not just “peanuts” in terms of revenue potential; some of the biggest soccer clubs derive more of their income from commercial sales of merchandise than from TV deals or gate receipts.

Pro cycling is at a disadvantage with its current team kit supply/demand model. In other global sports like basketball, the authenticity of the product is what generally drives premium value among fans. When Houston Rocket’s fans want a genuine special edition of the team’s “home” jersey, they can go to a physical store before a game or to the NBA franchise’s website, and purchase the real deal. Likewise for licensed footwear — former league MVP James Harden’s signature shoe is in its fourth iteration, and so far, Adidas has sold out each version.

It’s a different story in cycling. Actual team gear is sold on one or two team websites, but generally, it is either cheaper replicas or not available at all. For example, recent offerings of Bora-Hansgrohe’s team gear from Craft were of mid-line quality, as were Castelli’s Team Sky offerings. Some of it sold, but a lot of the products sold through online retailer closeout listings and on discount websites like Sierra Trading Post.

And the other big problem, at least in the U.S. and among cycling’s more traditionally influenced fans, is that despite this combination of kit hype and the teams’ desire for new revenue sources, few fans seem to buy and wear team-branded products. There seem to be at least two obstacles to overcome here – challenges that seem to be unique to cycling.

First, there is an unhealthy stigma about amateur or casual riders wearing professional team kits; it seems to imply or project a “newbie” or a “wannabe” connotation. The new club rider who shows up for a ride fully tricked out in the latest Team Ineos kit is probably going to be exposed to teasing from his ride companions, if not worse. Second, many team kits are a frenetic billboards, designed to grab attention for sponsors in a crowded and fast-moving peloton – and that doesn’t necessarily make it an appealing choice of apparel for weekend warriors, or even die-hard fans. Without naming names, several of the existing team jerseys can frankly be considered a bit unimaginative or otherwise indistinguishable from each other; some years the prevailing colors and lines are confusing to commentators and fans alike. And as mentioned earlier, outside of a select few outliers, true team-quality clothing can be difficult to find if it is publicly available at all. But none of these factors are insurmountable.

Casual fans can also benefit through the creation of non-cycling oriented and fashion-forward athleisure wear and related accessories. Expanding on the idea of training kits, the athleisure clothing market is a very large driver for sports apparel companies (this is evidenced by Nike’s extreme increase in apparel sales over the last decade). Successful sports apparel brands have realized that consumers want the comfort and flexibility of athletic clothing while still appearing stylish.

A quick review of all the WorldTour team websites shows that while many teams have at least some sort of online shop offering limited apparel, souvenir, and schwag items, almost none offer genuine as-worn articles. A few offer a broad array of team-labeled items, including such things as key rings, coffee mugs, baby clothing, right up to $8,000 Canyon bikes on the Movistar site. On the other hand, several teams simply link to broad-based commercial apparel operations like All4Cycling.com, while several have no apparent merchandise sales offerings whatsoever.

Perhaps the most innovative, consumer-focused team cycling kits originate from the Rapha apparel company in the U.K. The London-based company is one of the most inventive and fashion-first kit brands in the industry, and has built a reputation for producing iconic designs. It created a line around the branding for its current men’s professional team, EF Pro Cycling, with an instantly recognizable aesthetic. The line Rapha produced for the women’s Canyon-SRAM team breaks the moving billboard mold of the traditional cycling kit, not far removed from the instant recognition of the La Vie Claire Mondrian-inspired team jerseys of the 1985-87 era.

These Rapha-supported teams deduced that the value of sponsoring a cycling team isn’t driven by fans spotting logos on fast-moving riders’ jerseys, but by building an attractive brand with whom consumers want to be affiliated. Unfortunately, this more creative consumer-focused approach hasn’t really taken off in road cycling more generally.

There is at least one historical example of successful team kit marketing to potentially learn from. Despite the clamor and hand-wringing around his return to WorldTour cycling, Bjarne Riis and his management team pioneered an approach with Team CSC in the mid-2000s, by opening a fan and corporate partner online shop for team gear. Operating from the team’s headquarters in Denmark, the storefront allowed fan club members to purchase everything from athletic warm-up tracksuits and base layers, to headwear and winter gear, and almost everything in between.

Each rider had his own commemorative sporting jersey produced, so that fans could collect the whole team or just their favorite rider. Even the official team airline travel bike bags were available. All the team kit was accurately labeled as either replica-quality or the genuine article, and special commemorative jerseys were produced and often sold out. For example, Craft produced a limited-run commemorative vainqueur edition of the team’s jersey to honor Carlos Sastre’s 2008 Tour de France victory, which was used as a marketing tool by CSC representatives to help reinforce the brand’s relationship with its (often cycling-mad) clients. So there are successful precedents.

As we watch cycling teams struggle for long-term financial sustainability, it is interesting that few teams since Riis have really made a really serious effort to monetize merchandising opportunities with items like kits, bottles, and athleisure wear. A web-shop operation would be feasible for a relatively small organization like a professional cycling team to manage and could help drive sales for local bike shops which could partner with a team’s brands, further extending licensing arrangements.

Team merchandise seems like an obvious opportunity standing in plain sight, but one that many teams are overlooking or missing altogether. As teams struggle to chase title sponsors, and existing sponsors seek to shrink their financial commitments, it seems critical for teams to further explore the idea of how to market and sell merchandise directly to discerning fans, and how to create broader potential markets. And fans should step up, buy and be proud to wear the merchandise and kits of their favorite teams. Finally, as an industry, professional cycling should try harder to leverage scarce dollars to invest in common web-shop and retail outlet ventures that can bring their brands closer to fans around the world.