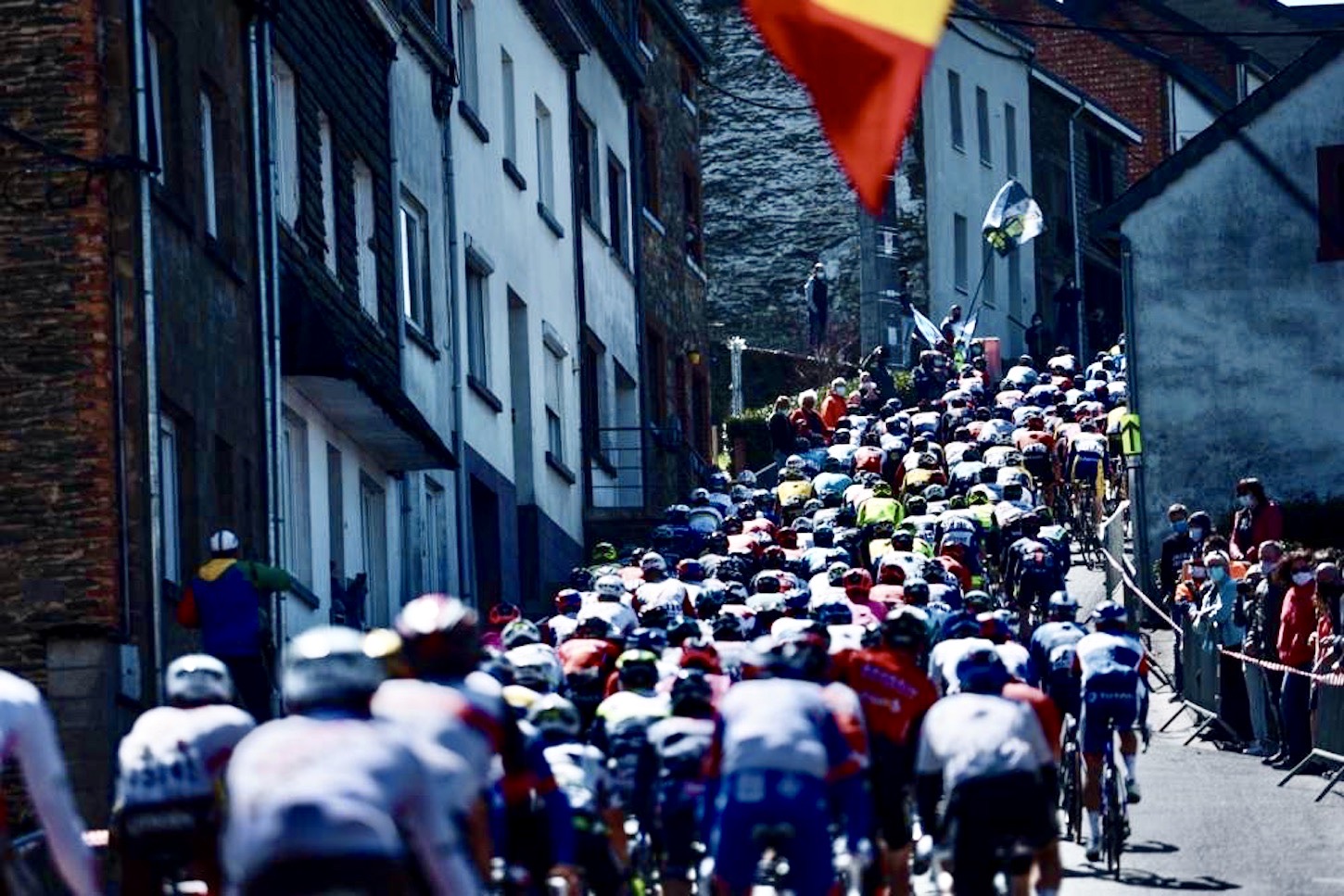 The two riders were part of a small breakaway group that escaped along the final climb of the Côte de la Roche-aux-Faucons with 13 kilometers to go, setting things up for an inevitable sprint finish.

As Alejandro Valverde (Movistar) was leading out the sprint, Alaphilippe accelerated from behind, but Pogačar was keen to mark his move, coming around his French rival during the closing meters to claim his first Monument victory.

Meanwhile, Groupama-FDJ’s David Gaudu settled for third, beating out Valverde for the final spot on the podium, with Israel Start-Up Nation’s Michael Woods, who had ignited the move on the last climb of the day, was the fifth and final rider of the group to cross the finish.

The race first came to life with around 80 kilometers to go, when Philippe Gilbert, Greg van Avermaet and Tim Wellens all tried to force a series of attacks.

However, none of their attempts were ultimately successful. But, some 10 kilometers later, a trio of riders containing Mark Donovan (Team DSM), Mark Padun (Bahrain Victorious) and Harm Vanhoucke (Lotto Soudal) managed to escape.

Back in the peloton, Tao Geoghegan Hart and three of his Ineos Grenadiers teammates decide to animate things a bit over the climb of the La Redoute, reeling in a number of riders from the day’s early attacks.

With 25 kilometers remaining, Ineos kept the tempo high leading up to the Côte des Forges, when Geoghegan Hart, Richard Carapaz and Adam Yates rode clear, taking a group of about 10 riders with them.

However, the peloton eventually came back together, prompting Carapaz to go on the attack again.

From there, the Ecuadorian rider opened up a sizable gap for himself before being caught on the final climb of the Roche-aux-Faucons, as Deceuninck-Quick-Step and UAE-Team Emirates cranked up the pace.

Woods put in a searing attack on the climb, with Pogačar, Alaphilippe, Valverde and Gaudu countering.

The quintet initially dangled just seconds ahead of the chase, but Gaudu and Alaphilippe picked up the pace and made the attack stick.

Roglič struggled to respond to the acceleration, as the quintet continued to increase its gap, ultimately bringing the curtains down on the defending champion’s hopes at another victory.