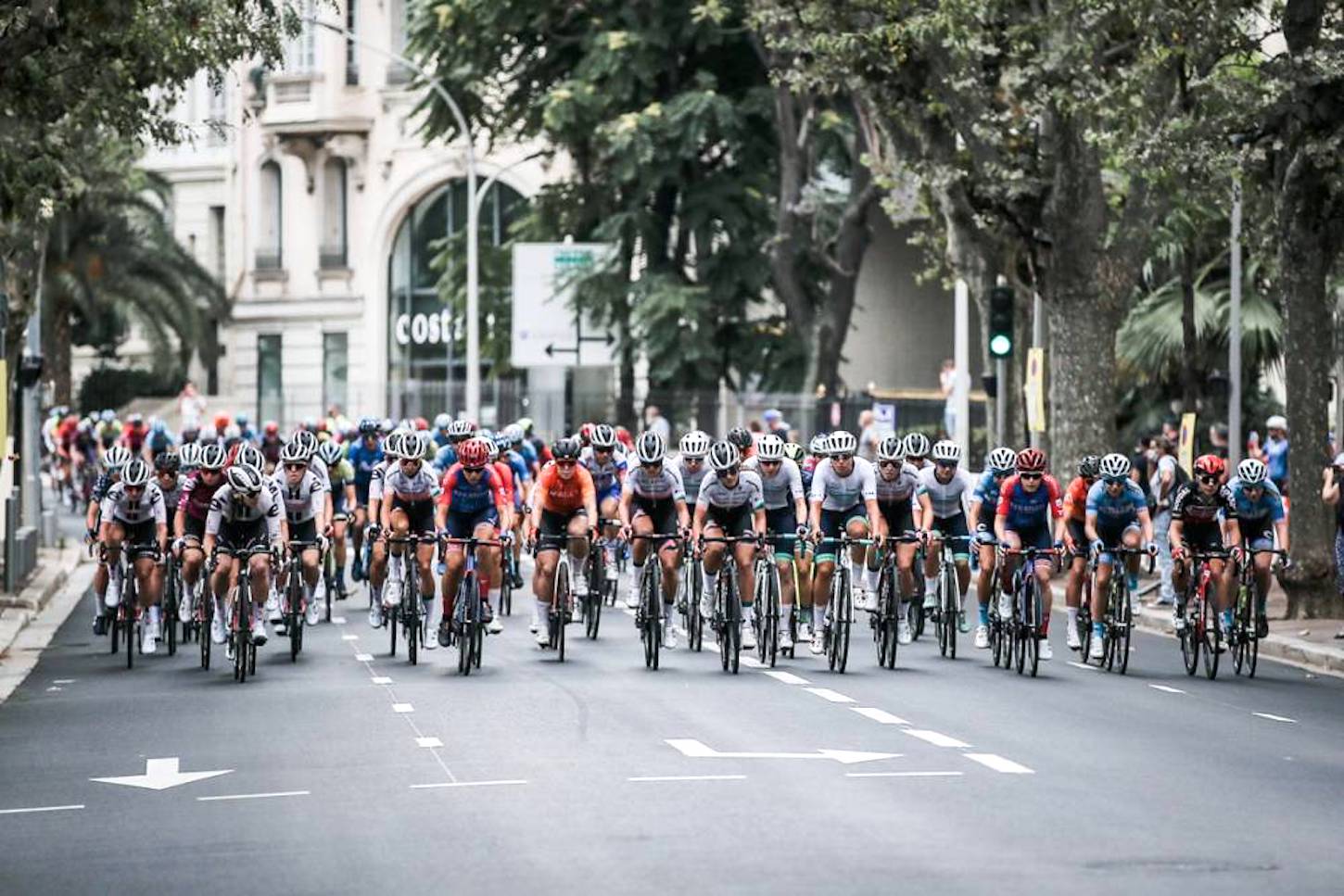 “What a performance for Trek-Segafredo today. Every single rider played their part. Me and Elisa [Longo Borghini] just had to wait for the final and she did the perfect job, forced Marianne to sprint early and I took advantage. It’s a team victory,” Deignan said.

La Course by Le Tour de France 2020 moved from the original date and its route along the Champs-Élysées in Paris to the Promenade des Anglais in Nice. The format reverted to a single-day event and on less demanding route, similar in character to the first three editions of a competition that has, so far, been dominated by Dutch riders.

Riders faced a demanding start for the 2020 edition of La Course: after just 8km from the kilometer zero beside the Mediterranean sea, they climbed the Côte de Rimiez with a first categorized section, 5.8km long, featuring a 5.1% average gradient, then a second uncategorized part 6.5km long with an average of 3% until the town of Aspremont. The group then headed towards the town of Castagniers before heading back south and crossing – for the first time – the finish line in Nice. The group completed another lap with a second climb of the Côte de Rimiez, this time with the top being 31km from the race’s end on the Promenade des Anglais, after a total distance of 96km.

Full gas until the finish line on the Promenade des Anglais

The pace was quite high right from the start and the tough speed on the first ascend of Côte de Rimiez reduced the peloton, with around 20 riders already dropped. On the front, UCI World Champion Annemiek van Vleuten (Mitchelton-Scott) kept the lead position, pushing to make the race as hard as possible from the beginning. Luxembourg national champion Christine Majerus (Boels-Dolmans) took the KOM points in a sprint ahead of the Briton Dani Christmas (Lotto Soudal) and Italian Maria Giulia Confalonieri (Ceratizit-WNT Pro Cycling).

As expected, the group went full gas both on the second uncategorized part of the climb and in the technical (and wet) descent, with more riders gradually being dropped from the back and an interesting seven-women move on the front with Majerus again, this time along with the Briton Anna Henderson (Team Sunweb), the Dane Cecilie Uttrup Ludwig (FDJ Nouvelle Aquitaine Futuroscope), Polish rider Katarzyna Niewiadoma (Canyon-SRAM Racing), Italy’s Elisa Longo Borghini (Trek-Segafredo) and the Belgian Lotte Kopecky (Team Lotto–Soudal).

The maximum advantage they reached was 45 seconds, but eventually the peloton caught the breakaway with 52km to go.

The rainbow jersey attacked at the bottom of the second ascent of the Côte de Rimiez, at 44km to go, and only the very best of her opponents could follow with Longo Borghini and Lizzie Deignan (Trek-Segafredo) – who recently won the Grand-prix de Plouay – defending champion Marianne Vos (CCC-Liv), Niewiadoma, and Demi Vollering (Parkhotel Valkenburg). Van Vleuten pushed full gas for the whole climb, also taking the KOM points. The full podium of the recent European Championship won by the Dutch rider were in the decisive breakaway with silver medalist Longo Borghini and bronze Niewiadoma.

Deignan took the lead just before the start of the descent in Aspremont, helped by team-mate Longo Borghini, increasing the advantage from the chasing group to more than 1 minute and 30 seconds. The six leaders worked very well together on the plan and the gap kept growing, reaching 1’45’’ at 15km to go and went out to over 2 minutes with 2.4km remaining when Longo Borghini was the first to attack.

Van Vleuten accelerated when the breakaway passed under the last km arch, but all the riders were very focused and ready to follow. After another Longo Borghini attack, the sprint became a duel between Marianne Vos and Lizzie Deignan and the Briton caught the Dutch rider right on the finish line with a bike throw; Demi Vollering got third place.