Luca Paolini Abandons Hope of Returning to Cycling After Ban 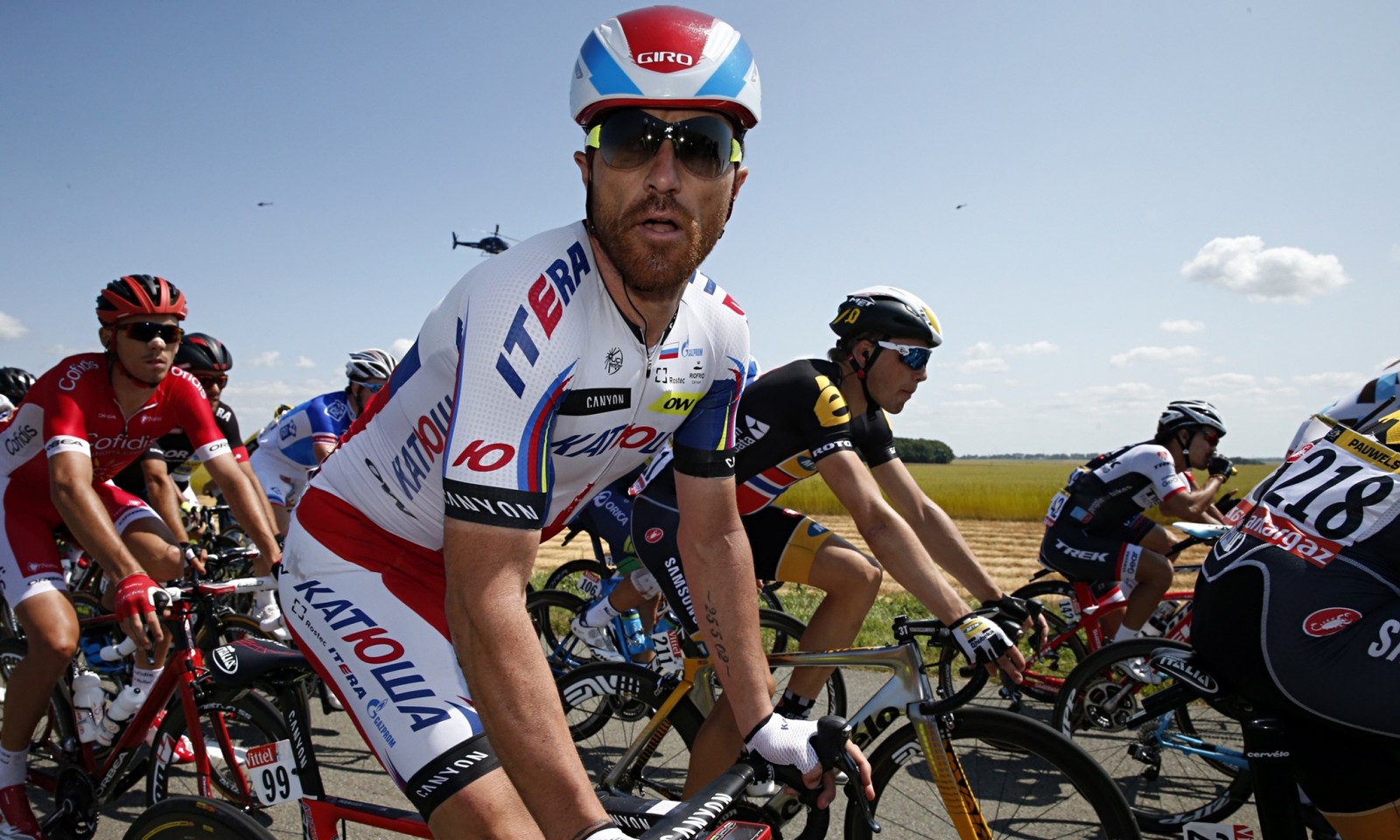 According to an article in the Italian newspaper, Gazette dello Sport, Luca Paolini has abandoned hope of returning to professional cycling after finishing his ban for cocaine use that ended on January 10.

Paolini tested positive for cocaine during the 2015 Tour de France, while riding for the Katusha team. He claimed he took the drug in June during a training camp to help deal with an addiction to sleeping medicine Benzodiazepine, but was banned from racing for 18 months after a drawn out case.

Paolini had hoped to return to the peloton this season. Unfortunately, because of his violation, the Italian rider discovered that no team was willing to sign him – even his former Katusha team.

“I trained hard, I was back on form but there was no way back”, Paolini told Gazzetta dello Sport.

“At Astana, Vinokourov told me that because of my ban he could not hire me. Coming from him that made me laugh… I would’ve liked to race with Bahrain-Merida, but the Arabian culture doesn’t accept the minimum error when it comes to alcohol and drugs.”

“Despite everything I set myself a deadline of finding something by Christmas. But nothing came together. I’m bitter about it. I know that I hurt cycling, but before that, I’d given so much too. The Italian national coach Cassani called me a few times but the Italian Federation didn’t get in touch, even to call me an idiot.”

Paolini was an experienced classics rider and often a key part of the Italian national team. He started his career at Mapei and was a close friend of Paolo Bettini, helping him secure many of his biggest victories. Paolini won a bronze medal in the 2004 World Championships in Verona and also finished on the podium at Milan-San Remo and the Tour of Flanders. He won a stage at the 2013 Giro d’Italia and wore the pink jersey. He also won the 2013 Omloop Het Nieuwsblad and Gent-Wevelgem in 2015.

After overcoming his addiction to Benzodiazepine, Paolini says he is now happier and looking forward to his post-race career.

Prior to being rehabilitated, Paolini says he kept his addiction to Benzodiazepine a secret from his family, yet it was ultimately his loved-ones who helped him overcome his dependency.

“My family played an important part in helping me resolve my problem,” he explained. “The most difficult situation was with my daughter Gaia who is now 16. When you make a mistake like I did, you feel like shit because you’re supposed to be an example. I’m lucky, she’s smart and understands so much. She helped me.”

Meanwhile, Paolini has plans to open a cafe in Como, with the goal of combining it with the region’s rich cycling culture.

“I’ve got some ideas in my mind, projects linked to tourism and cycling and clothing,” he said. “Cycling will remain part of my life. It’s just that racing will no longer be part of it.”