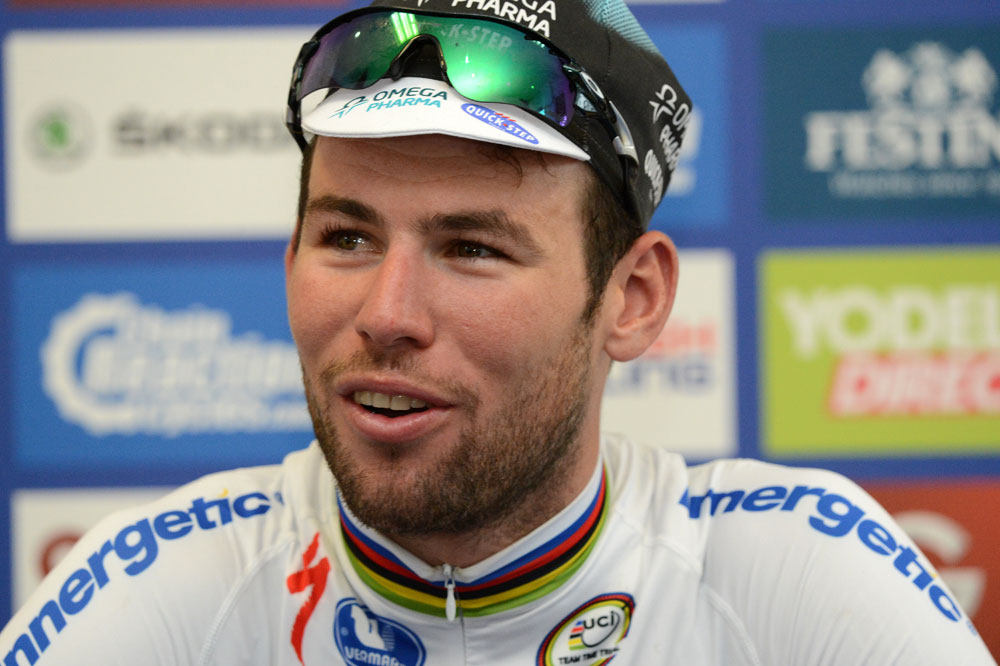 18 Sep 2015
By Campionissimo - In LATEST ARTICLES, THE GREAT RACE

Mark Cavendish officially withdrew from Great Britain’s team for this weekend’s UCI World Championship road race in Richmond, Virginia – due to a lingering shoulder injury he sustain during this month’s Tour of Britain.

Auto to his condition, Cavendish indicated early this week, his doubts about attending the Worlds.

“Absolutely devastated to have to pull out of the #Richmond 2015 World Champs next week due to my shoulder injury sustained last week,” said Cavendish via Twitter on Friday morning.

Although x-rays confirmed that there were no fractures or separation of his shoulder joint, continued pain has left Cavendish unable to continue his training regimen.

“It’s a problem with the AC joint, nothing is broken but with the joint there has been a displacement. At the Tour I had a grade four separation, which meant that all three of the ligaments had ruptured and it needed surgery. This doesn’t need surgery but it’s a similar injury to what I had last year and what Tom Boonen had in Paris-Nice.”

Cavendish’s absence comes as a blow to Great Britain’s team; especially after Geraint Thomas and Chris Froome both previously withdrew as well.

“It’s a real blow for Mark to have to pull out of this year’s race as we thought he had a great chance of being successful,” said British Cycling technical director Shane Sutton. “Unfortunately the injury he sustained during last week’s Tour of Britain is more serious than we had hoped. We wish him well in his recovery.”

Absolutely devastated to have to pull out of the #Richmond2015 World Champs next week due to my shoulder injury sustained last week.

Great Britain has not confirmed who will replace Cavendish, but Simon Yates appears to be a real possibility.