Mavic Believes in the Value of Training Together 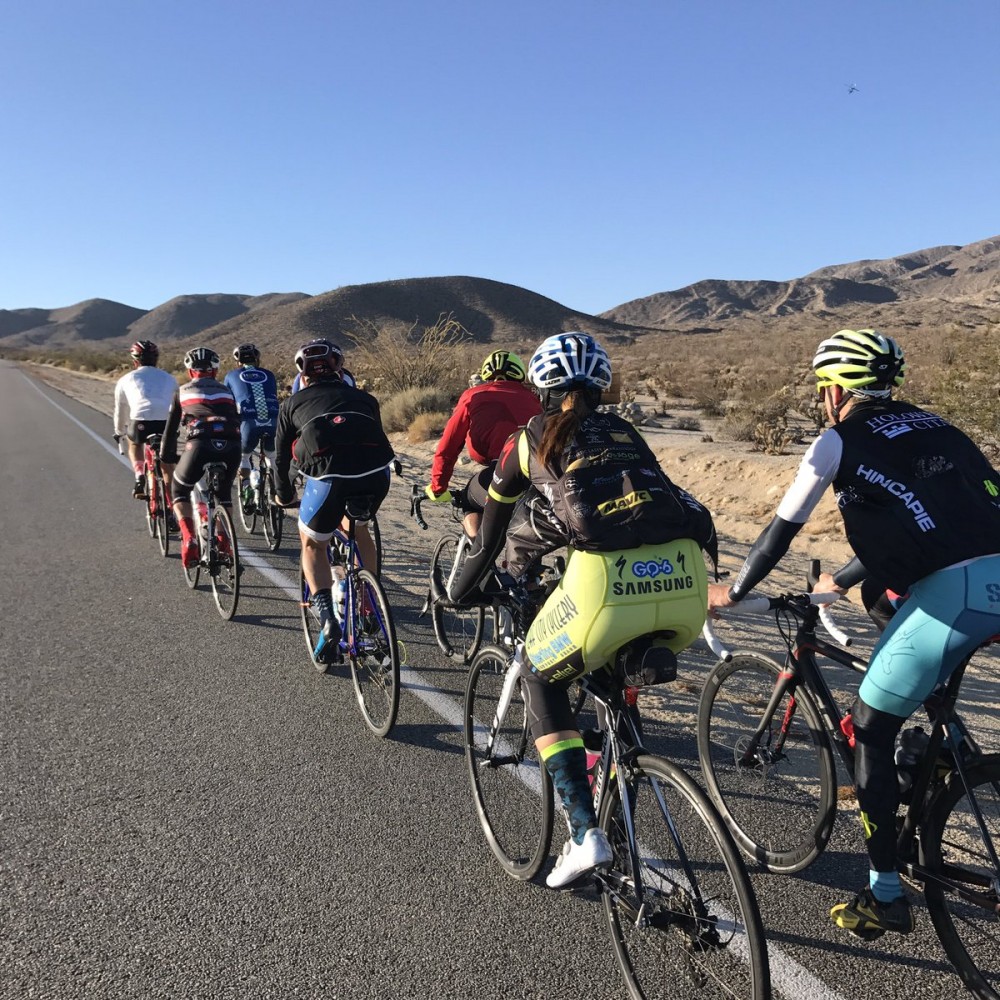 Longtime professional cyclist and current Mavic ambassador Janel Holcomb may have found her calling post retirement and, to no surprise, it involves spending more time on the bike sharing the knowledge she gleaned in the peloton.

Team camps are no strange topic for anyone who has raced a bicycle. For Janel, she remembers them as a time to gain fitness, simulate race situations and to build camaraderie among her teammates.

As someone who raced as a pro for nearly a decade, she’s been to her fair share of team camps. Whether half-way around the world on an exotic island or in her backyard of San Diego, California, she has a pretty good idea of what works and what doesn’t. Because of this experience, Janel runs her own camp every December, coaches athletes and leads a indoor training program twice a week. Never before has anyone asked her to plan, design, coach and lead a weeklong women’s team camp so she excitedly jumped at the opportunity when Pender Women’s Cycling Team from Vancouver came calling.

They wanted a full on training camp because they’re a racing team. I envisioned in my mind a lot of skills, drills and racing strategy. The complete package was on the road coaching as well as off the bike coaching on the mental side of the sport, nutrition and hydration I saw this as a great opportunity to get involved with an amateur women’s team and help them become better racers on all fronts.”

The team handled all the logistics of housing and travel, and Janel dialed in the routes and day-to-day activities with two goals in mind. \Leave as a closer knit group, with the skills and confidence to execute as a team once race season hit and, of course, to have fun.

“It was so cool to see these women; they’re all racers, but they also have full time jobs. They are not pros and they are trying to balance racing with the rest of their lives. They were so amazingly committed to the camp and learning to race as a team I was inspired. I looked at what they accomplished over the course of the week and any professional team, men or women, would be lucky to have that level of commitment and openness to learning.”

As a team, they felt they could get so much more coming together as a whole unit. And Janel couldn’t agree more. “I was beyond impressed to experience the feeling in the house thinking that it was just like any team camp I’ve ever attended, if not better. All eight of them got to work in the kitchen after a big ride, all hands on deck, ultimate teamwork and bonding. It was so great to see everyone connecting in that way.”

All the riders realized their team relied on the support around them, “They would feed the mechanic, checking in on him every morning. They were very poignant and concerned with everyone’s well-being around them. Not just themselves. That is the epitome of a professional.” These are things you would never see at a pro camp, so it impressed her even more.

Janel sees an opportunity at women’s camps to go beyond building a strong and committed group of riders, but as a way to also get on the road feedback for equipment and gear. “Mavic’s DNA is around the idea to develop products for top level cyclists but also be accessible for any level of rider. They have already redesigned their women’s collection to get in touch with these riders. A camp like this is an amazing platform to test, evaluate and evolve the women’s clothing range. When eight riders spend 25 hours over the course of the week in the saddle the level of feedback is unparalleled. Exposure to what the amateur racer needs is just as valuable as feedback from the pros.” There is something to be said about having women testing equipment in real life scenarios. Specific feedback from women, competing at a high level, can only lead to more advanced and relevant products in the future.

Whether climbing Mount Laguna, doing sprint drills at Fiesta Island or tackling a five-mile dirt climb (which none of them had ever done on a road bike), these women were fearless in their approach. “One thing I find when coaching, or even on the teams I’ve raced for, is that you see that people don’t want to ask questions because they don’t want to expose their vulnerabilities. People are hesitant to expose those fears.”

“Everyone of these women had no fear and spoke up often. They’d say, ‘Ok Janel, you said this about rotating in an echelon and I’ve never heard of that before. What does that really mean?’ Or, if it all became too overwhelming, I heard a few times, ‘Janel, I think I just need a minute to calm myself down and sit on the back.’ That level of communication and commitment was unbelievable.”

Ultimately, they faced the challenges head on like the professionals Janel is accustomed to being around. Asking the tough questions that everyone wants to know the answers to but maybe just need a push to get out. By doing that, they created a safe environment to learn the skills needed to succeed in the racing season and beyond. The opportunities created by this team camp for the Pender Women’s Cycling Team and for future camps is limitless. “To have an audience that is captive and deeply invested in their success is a coach’s dream.” Janel may have just found her true calling as well.