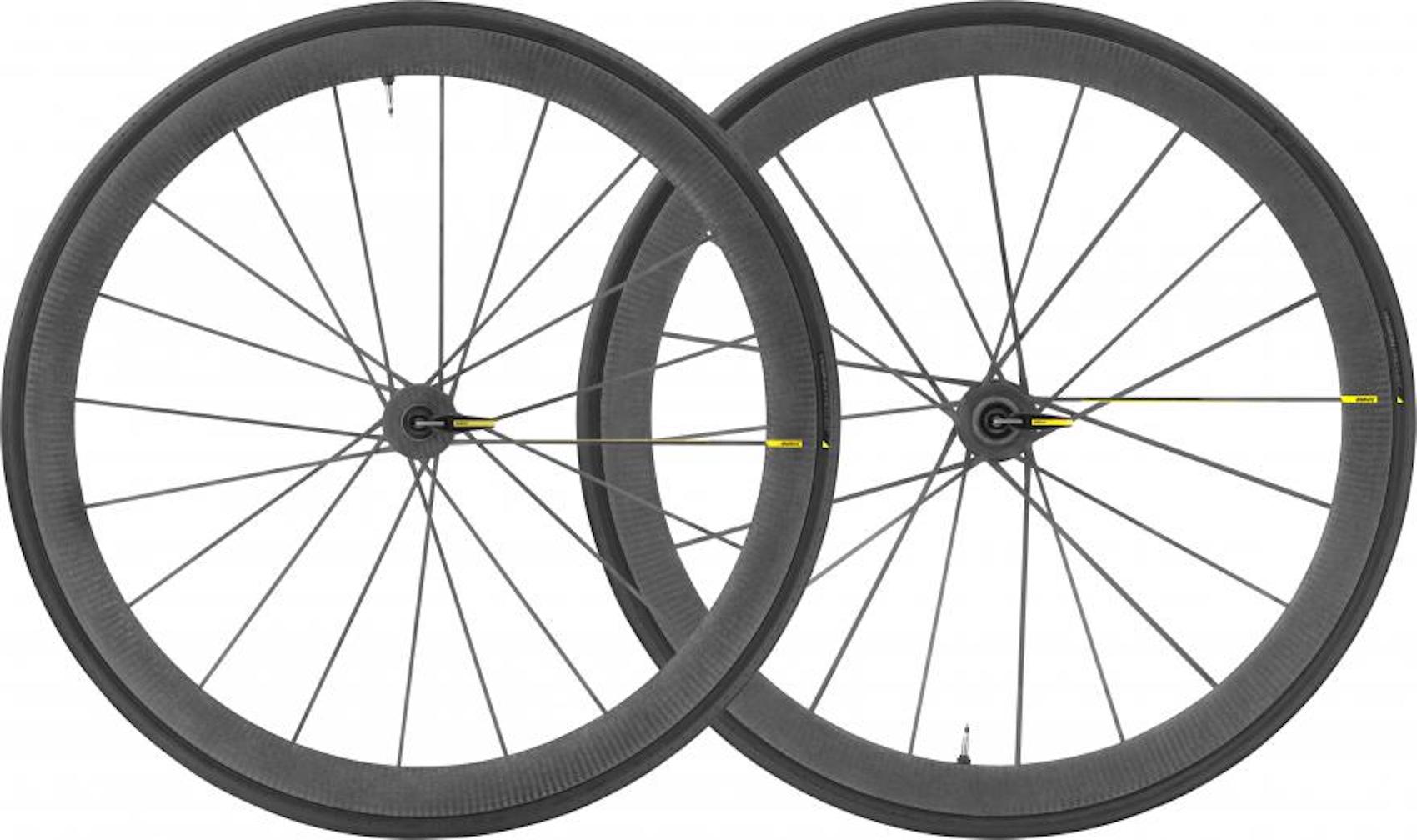 “To be tubeless, or not to be tubeless”, has become the soliloquy for many roadies these days, contemplating whether they should embrace the continual rise of tubeless wheel and tire technology, or “tis it nobler in mind” to continue riding clincher and tubular tires.

Like Hamlet, even a brand as stolid as Mavic wants to avoid death, to do so the French company has launched a new tubeless version of its flagship Cosmic Ultimate carbon wheelset called the Cosmic Ultimate UST.

Expanding upon the concept of the original Cosmic Ultimate, which has seen very few revisions since it was first launched in 2006, the current Cosmic Ultimate UST comprises a wider (26mm) redesigned rim with tolerances that are now exacting enough to ensure the bead of a tubeless tire seats properly in the 40mm wheel and involves very little difficulty with installation. In addition, the Cosmic Ultimate UST full carbon spokes are now integrated into the rim, as well as the new carbon hubs. Moreover, the rear wheel features an asymmetrical design in order to balance out spoke tension.

Additionally, according to Mavic, the new Cosmic Ultimate UST is molded as a one piece “monobloc” wheel, which also incorporates the company’s long-standing use of an internal foam core. Furthermore, there are no spoke holes so there’s no need for rim strips by virtue of the fact that the wheels are now airtight.

Mavic says, this has resulted in a significant increase in stiffness for the Cosmic Ultimate UST, as well as a 35% reduction in weight, which brings a set down to an impressive 1,310g.

As far as aerodynamics are concerned, Mavic says the Cosmic Ultimate UST boasts similar drag figures as Zipp’ 303 Firecrest and Bontrager’s Aeolus 3 at 0-degree yaw angles, while an increase in yaw angle to 15-degrees puts the Zipp’s slightly ahead of them.

Like most of Mavic’s wheelsets, the company likes to offer the Cosmic Ultimate UST as a system, wherein matching them up with their Yksion Pro UST tires (available in 25mm and 28mm) provides optimal stiffness, comfort and ease of installation.

The cost of the new Cosmic Ultimate UST whheelset is €3,500, with pricing for the US market to be announced.

What about a disc brake version?

According to Mavic, it’s not that far off on the horizon, but will likely involve a different hub design in order to accommodate the addition of disc brakes.