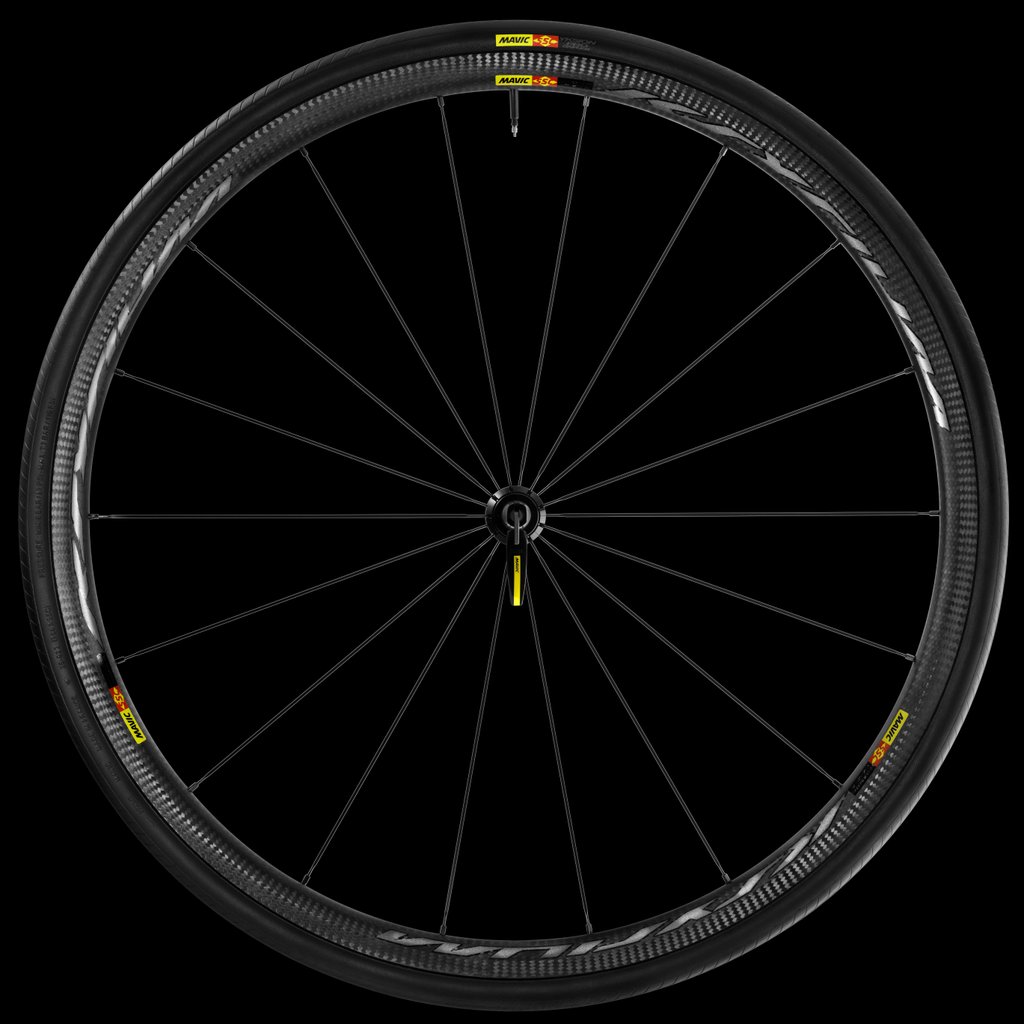 15 Mar 2016
By Gianni Pericolo - In LATEST ARTICLES, THE DOUBLE DIAMOND

No longer wishing to be out-done by the competition with repect to full carbon clinchers, the new 25mm Ksyrium and 40mm Cosmic rims feature a seamless, 17mm-wide carbon rim bed, a laser-machined brake track and a new proprietary epoxy and curing process that allow for braking temperatures up to 200°C / 393 °F.

In addition, Mavic has also introduced new hubs for the Ksyrium and Cosmic wheels, which feature 9-degree engagement and a 40-tooth dual-ratchet system.

According to Mavic, for years they delayed their entrance into the full carbon clincher market on the basis of safety – namely braking.

However, after much R&D testing the braking capabilities of the new Ksyrium and Cosmic wheelsets, Mavic is confident they have a winning design.

Mind you, one of the tests involved the extreme act of braking all the way down the venerable Mont Ventoux, as a testament to the wheels’  braking abilities.

Prior to however, the French brand tested numerous wheelsets during the challenging Etape du Tour, which saw an over-whelming majority of failures due to delimitation under extreme braking conditions.

According to Mavic’s product manager, Maxime Brunand, “most rims on the market will delaminate before 200C, and extreme braking forces can generate 200C.”

“Instead of using aluminium to fight high temperatures under extreme braking and protect the rim – something we used in our first generation of carbon clincher wheels – we’ve now developed a new way of moulding the carbon in a single piece.”

Brunand says, the key elements to getting the wheel design right, involved the correct internal rim width, exacting the ideal dimensions with respect to rim extrusion, and perhaps most importantly, the precise orientation of carbon throughout the fabrication process.

“Mavic is big on adhering to ISO standards. The 17mm internal width, for instance, is ISO’s maximum allowance for 25mm tires. Anything wider than 17mm is unsafe, ISO and thus Mavic contend.

“For the rim hooks, getting the shape exactly right is key for sound tire engagement”, Brunand said.

“To get to the proper ISO shape, most carbon wheel makers can do two things: they machine the rim, potentially damaging fibers, or they do nothing, and are potentially outside the spec,” he said, adding that molding carbon into the tight shape can be a challenging process.

“The single piece construction, developed with our proprietary curing process, maximizes the melting point of the resin used to glue the carbon fiber layers together. This makes the wheel more resilient to the heat of braking [up to 200 degrees celcius under extreme conditions], and takes away the need to machine the wheels, which results in weaknesses in the product.”

In addition, Mavic utilizes its laser-machining treatment with the new Kysrium and Cosmic, wherein unnecessary resin is burned off of the surface of the brake track, leaving it flat and devoid of any imperfections due to excess material, which in the end, yields a surface that doesn’t deviate from tolerances of more than 0.15mm.

Additionally, Mavic claims its new roues surpass any other carbon wheelsets, when it comes to braking in the wet as well.

“With the curing process we’ve developed, there is no machining, which cuts and damages the fibres,” adds Brunand. “The result is a rim surface that has almost zero variations, meaning reduced heatspots under braking and more reliable performance.

“In order to maintain this, we’ve also patented our own laser treatment – called iTGMax – for the brake track, which keeps braking consistent and free of shuddering, and maintains the carbon. For performance, it’s competitive versus our rivals in the dry, and sets new benchmarks in the wet.”

The new Ksyrium and Cosmics are also designed to work with both quick-release and thru-axle frames, due to their interchangeable set of end caps. Furthermore, both wheels will be available in either traditional rim-brake or and disc-brake versions.

Mavic says, the wheelsets will be available the USA beginning in May, with a suggested retail price of $2,199 for the rim-brake and $2,199 for the disc model.

It’s also worth noting, Mavic is prompting its ‘Riding is Believing’ test program, which involves numerous participating dealers throughout the USA, who will have the new wheelsets on hand for demo – starting with the Cosmic Pro Carbon SL.

All that’s required, is for riders to give their feedback online.

Mavic has also upgraded its Care Plus program, with a new extended warranty program that replaces their old plan at the end of August.

The new program adds a year at no charge, extending the original warranty to three years. Plus, their carbon wheels are now included in the crash replacement program that allows owners to get a replacement set for 40% off MSRP, if they’re damaged outside of normal warranty issues.

Lastly, warrantied wheels will now be able to be dropped off and replacements picked up at either one’s home, office or or Mavic dealer.