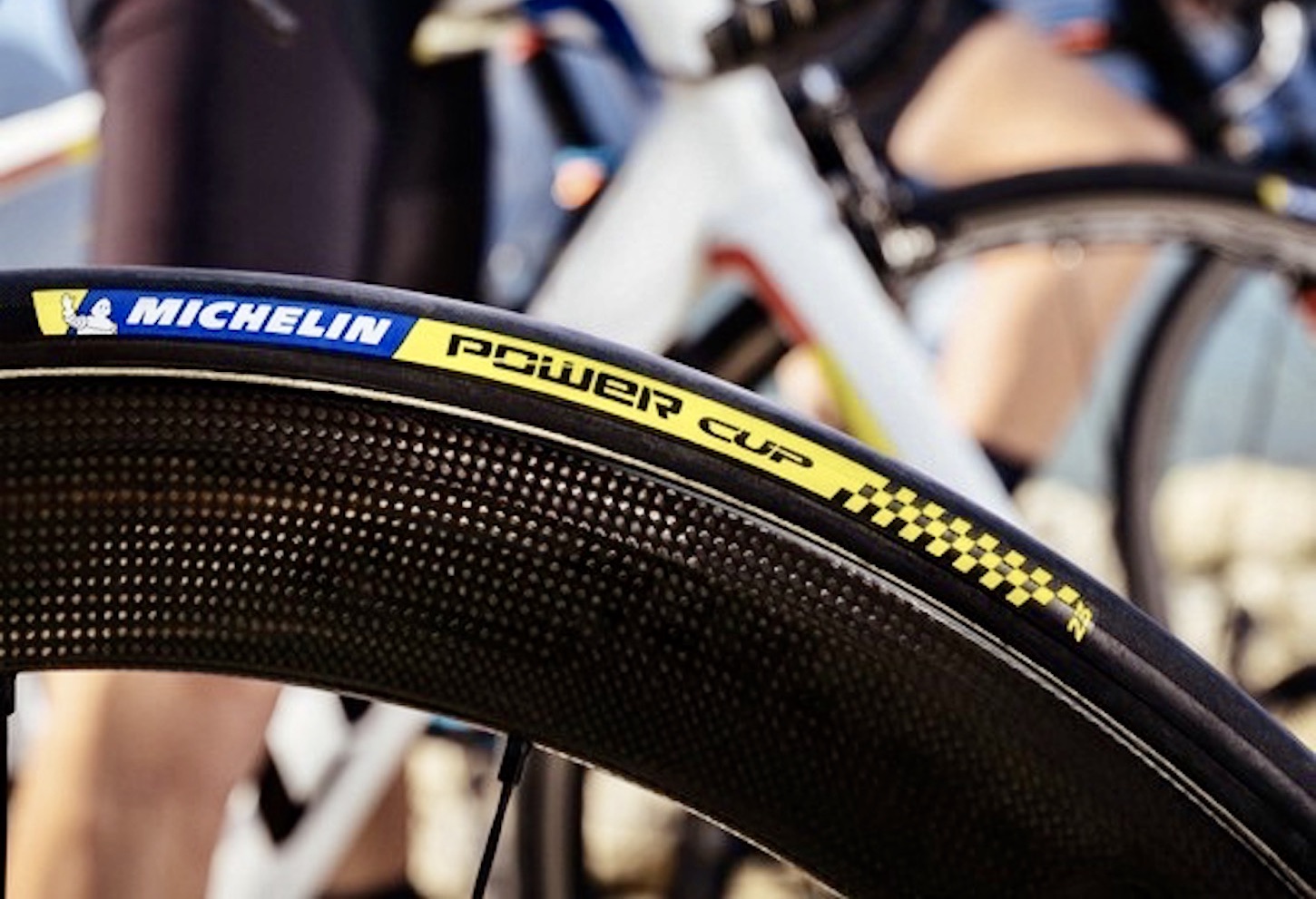 Michelin has introduced its latest range of tires called the Power Cup, touting them as the “fastest ever road tires.”

Both models are available with either Black or Classic gumwall sides, with sizes ranging from 23mm to 30mm.

Tested against the Continental GP 5000s, Schwalbe Pro One and Vittoria Graphene 2.0 Corsas, Michelin says, “comprehensive tests show the Michelin Power Cup to be the fastest tire with the lowest rolling resistance of the tires on test, while also delivering excellent levels of grip.”

Based on the bar chart above, Michelin boasts the Power Cup requires fewer watts to travel at 30km/h, while braking data during wet conditions shows the tires are in line with the competition as well.

The Power Cup Clincher tips the scales at an impressive 200g for the 25mm version, while the Tubeless Ready model weighs in at 255g in a size 25mm.

The both Power Cup Clincher and Tubeless Ready models cost £62.99, while the Power Cup Tubular is priced at £99.99.