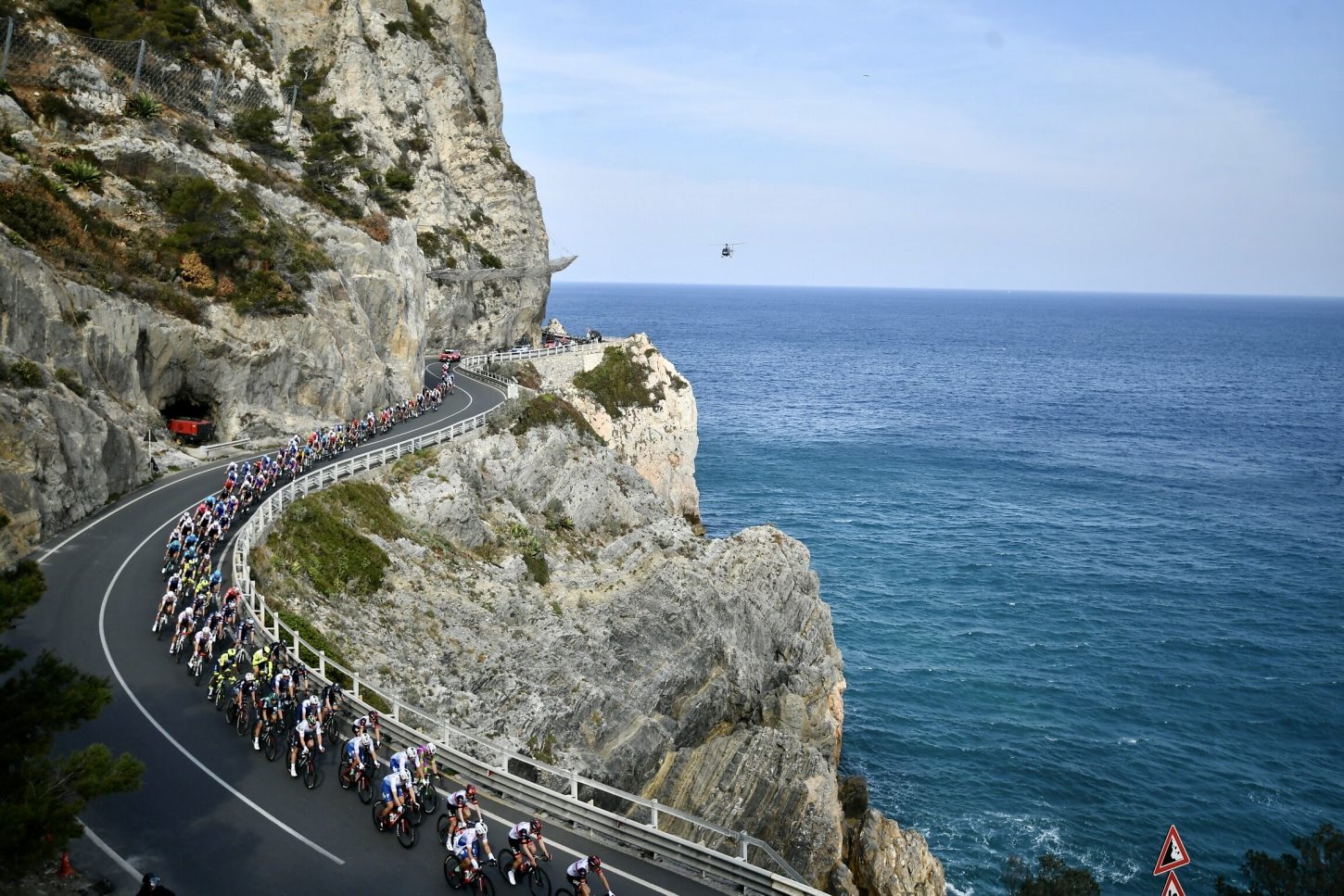 Matej Mohorič (Bahrain Victorious) won today’s Milan-San Remo, after executing a daring attack along the descent of the Poggio to claim a solo victory ahead of Anthony Turgis (TotalEnergies) and Mathieu van der Poel (Alpecin-Fenix) on the Via Roma.

The Slovenian rider as was part of a group of about 30 riders as they hit the climb of the Poggio, after a small number UAE Team Emirates and Jumbo-Visma riders had blown the race apart on the Cipressa.

From there, multiple attacks came from Tadej Pogačar (UAE Team Emirates) at the start of the Poggio that resulted in the Slovenian rider, along with a handful of others, to open up a slight gap at the summit.

But, it was the lesser-favorited of the two Slovenians, Mohorič, who made his move, utilizing his impressive descending skills to create a gap. And, despite a chase effort that featured several big name challengers, he held on to take victory.

A small breakaway group of 8 riders managed to jettison the peloton during the opening kilometers.

From there, the escapees went on to establish an advantage of almost 7 minutes over the chase. But, their gap began to dwindle at the 70 kilometer mark.

On the climb of Capo Cervo, the breakaway’s advantage had fallen to 4:20, and further 20-seconds on the Capo Berta, prompting attacks amongst the escapees, leaving three of the original eight riders behind.

As the leaders hit the climb of the Cipressa, only two riders remained out front until they were reined in at the base of the Poggio.

Pogačar made his first move at eight kilometers to go, turning around to find Wout Van Aert and Mathieu Van der Poel on his wheel before jumping again a few hundred meters later. Further back, a crash on a corner held up a chunk of the group, leaving around 20 men up front as Pogačar and Roglič traded accelerations.

Søren Kragh Andersen (Team DSM) jumped shortly before the top, leading the race over the Poggio with Van der Poel, Pogačar, and Van Aert right behind him and the remainder of the peloton close.

Mohorič took the opportunity to show off his supreme descending skills on the way down, eking out a gap to the rest. He hit the flat finishing run alone, but just a handful of seconds up.

It looked for all the world that he would be caught by a collectively strong chase group in the final kilometers, but the bridging move just never came.

Turgis came closest, powering away from the chase group in the final kilometer, but the Frenchman wasn’t able to get there. In the end, after six-and-a-half hours of racing, it was the Slovenian who took the win, having the time to celebrate as he crossed the line.