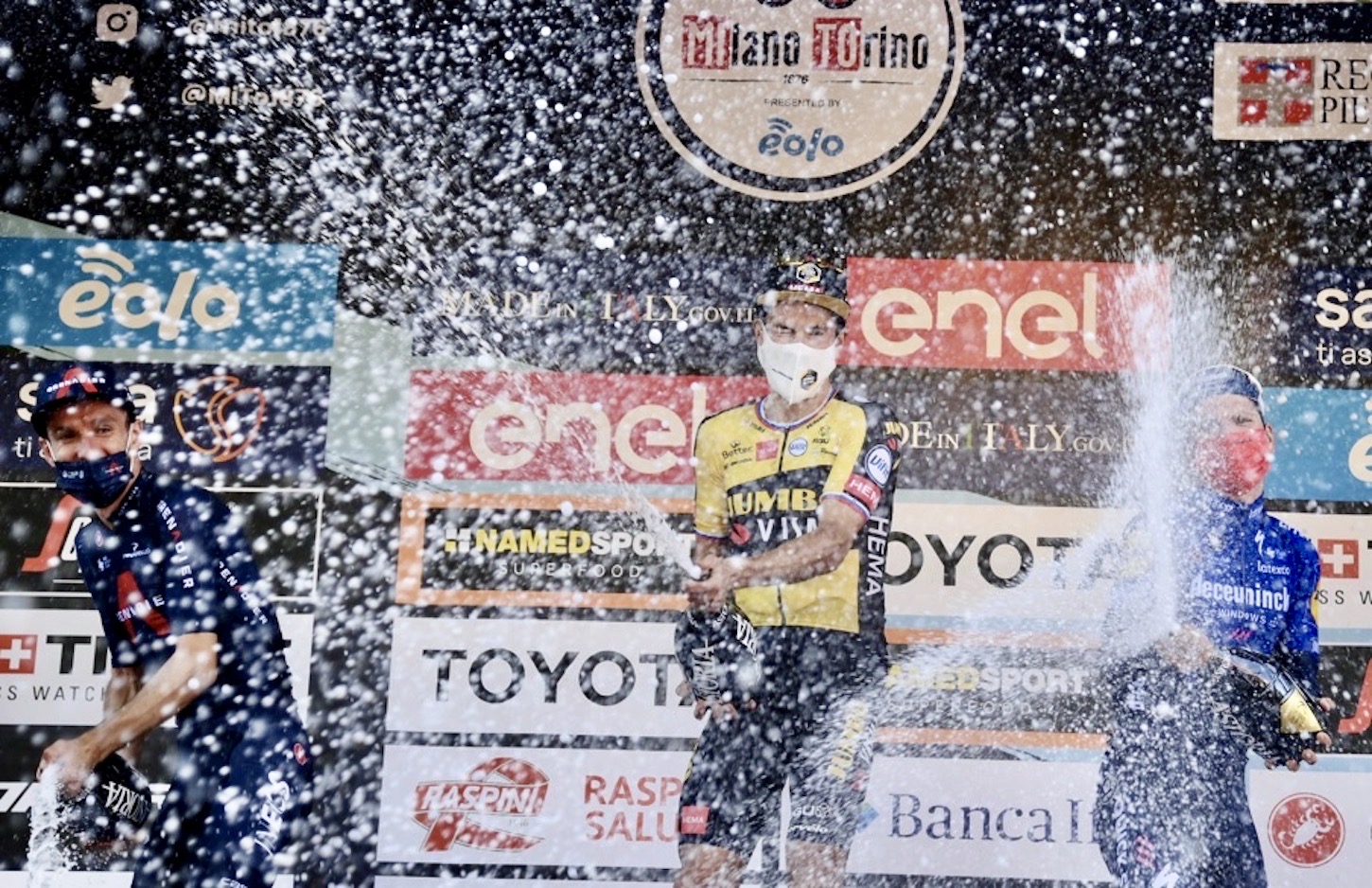 It came down to two riders in the final stages of Milano-Torino, with Primoz Roglic (Jumbo-Visma) showing his strength as he stayed with Adam Yates (Ineos Grenadiers) to beat his British rival on the line.

Yates set a relentless pace up the final climb of the 190 kilometer one-day race, shedding Tadej Pogacar (UAE Team Emirates) and the rest of the other favorites except for Vuelta a Espana champion Roglic.

The duo jostled for position up towards the line before Roglic came round the outside with 200 meters remaining before sprinting clear.

“You never really know what you have left in the legs for the final kick. Sometimes it goes, sometimes it doesn’t. Today I had it and I managed to follow him [Yates] and pass him,” said Roglic.

The relatively flat race became animated on the penultimate climb of Superga with plenty of attacks.

However, none of the big favorites managed to break clear until Mauri Vansevenant (Deceuninck–Quick-Step) rode away near the top of the climb, later opening up an advantage of 25 seconds along on the descent.

But, the Belgian rider was reeled in on the steep rise to the finish, with his teammate Julian Alaphilippe also being dropped with 4.2 kilometers remaining.

The final stages were contested by a star-studded group of six riders, including Pogacar, Almeida, Roglic and Yates.

It was Yates who set the pace and managed to reduce the group to four.

From there, it came down to just Yates and his Slovenian rival, who stormed past him inside the final stages to claim the victory.