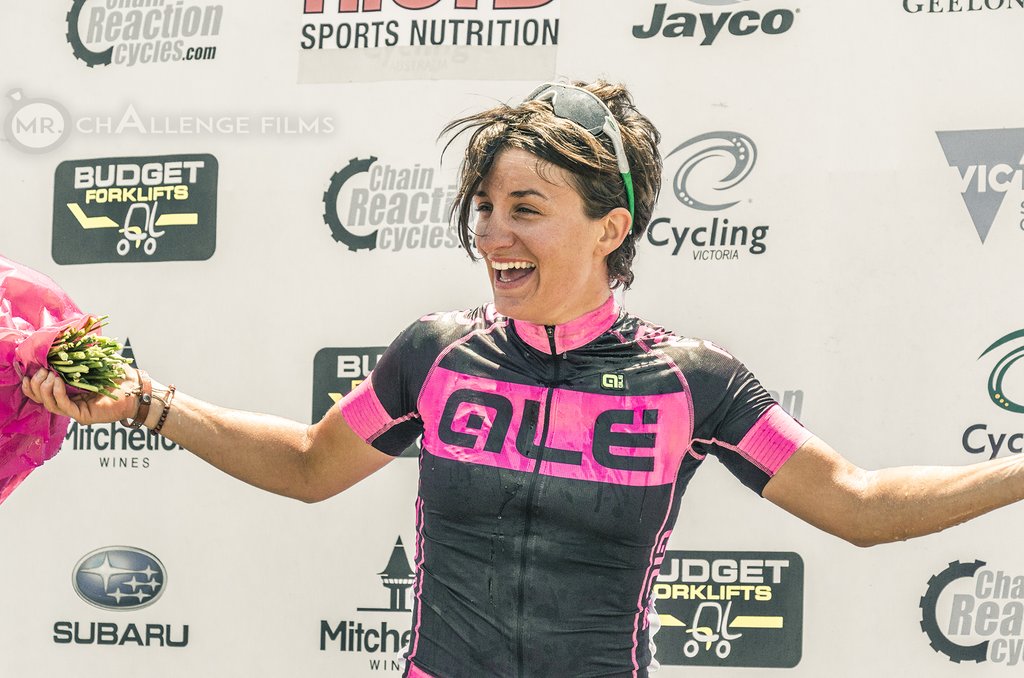 03 Jan 2016
By Gianni Pericolo - In LATEST ARTICLES, THE GREAT RACE

“I’ve been semi-pro for 10-plus years and it takes you this long to get a good win,” Shaw said.

Chris Hamilton and Dan Fitter marked the first real move of the day, taking to the front for the better part of 10 minutes, before they were both reeled back in by the field.

From there, the young Australian rider, Miles Scotson (Budget Forklifts), tried his luck with a long-range solo move.

Back in the field, Jack Haig (Orica-GreenEdge) and Caleb Ewan (Orica-GreenEdge) decided to put a little distance between them and the main field. However, Haig was soon caught, leaving Ewan alone in purgatory before being reeled in also.

Shortly thereafter, Luke Durbridge (Orica-GreenEdge) decided to set-off in pursuit of Scotson as well, eventually making his way to the leader.

Not long after, Chris Hamilton bridged his way across the gap, reaching the two leaders during the final three laps to go, only to be joined by the Dutch rider Peter Koning (Drapac).

However, as the race headed into the final lap, the field was back together, with a reduced bunch sprint shaping up as the day’s finale.

“I’m sitting in the wheel, on Caleb [Ewan], getting the best run anyone could dream for, and [it’s] just lucky I got the job done,” Shaw said. “I was just saying in the last corner ‘do not crash’. I knew I had it – I’ve been working hard on that sprint.” 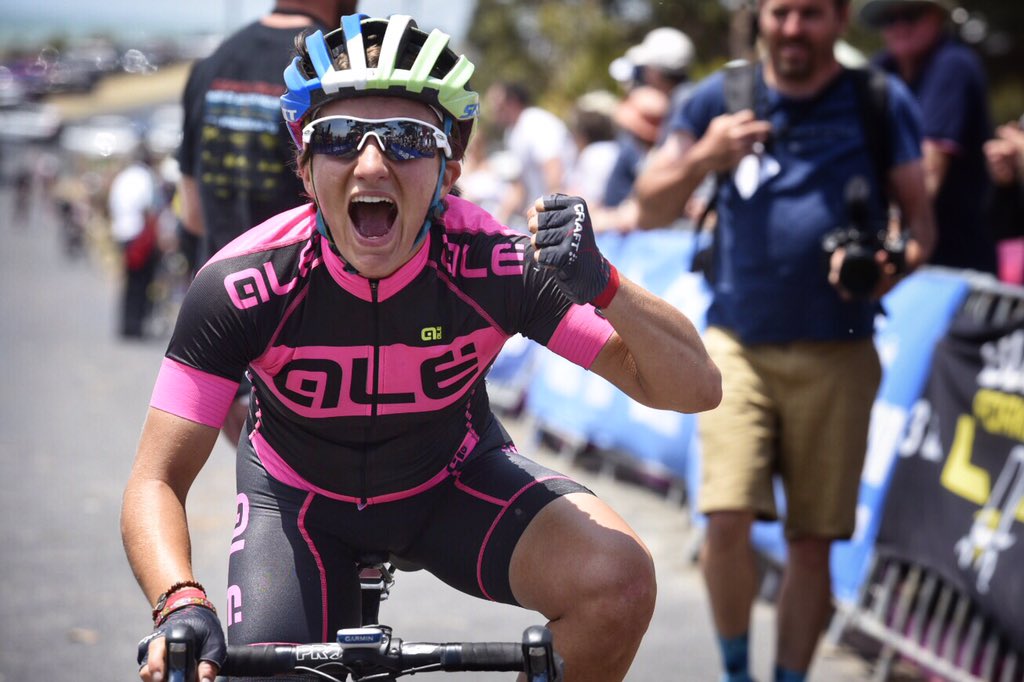 In the elite women’s race, Valentina Scandolara took top honors, after riding amongst the early aggressors in today’s race.

Scandolara made her way into a three-rider breakaway that would later shape the race’s finale.

Indeed, the Italian rider moved aggressively through the final corner, getting the jump on former teammates Gracie Elvin and Sarah Roy (Orica-AIS), before sprinting to victory.

“Today my main concerns were Peta Mullens and Wiggle, and most of all Orica because I know them – I’ve been in the team for two years and I know they are really strong,” Scandolara said. “In the end, to win the sprint is just amazing for me – it’s great.”

Early on, Scandolara was part of a two-rider escape group with former teammate Amanda Spratt (Orica-AIS).

From there, the duo succeeded in establishing a massive 15 minute gap, leaving a quartet of riders containing Elvin, Roy, Peta Mullens, Chloe Hosking and Lizzie Williams, continued to chase in earnest.

With 10 minutes to go, the two lead groups came together, during which time they had created an unassailable lead over the rest of the field.

Shortly thereafter, Elvin and Scandolara broke clear of their rivals, only to be joined by Roy – during the closing 3 laps.

“Gracie’s really fast and Roy came across and was helping her the last lap so I tried to save energies [sic.] because I knew I needed all my energies to beat Gracie,” Scandolara said. “I think it worked out well.”