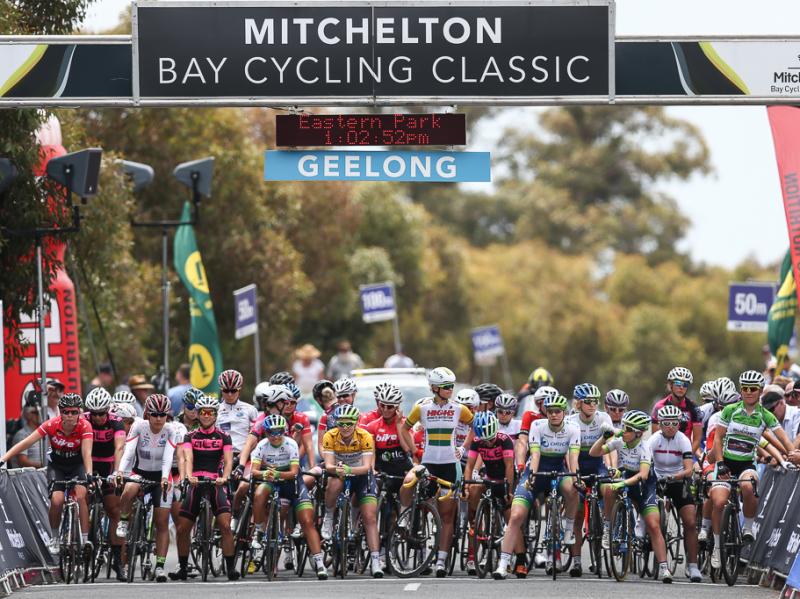 02 Jan 2016
By Campionissimo - In LATEST ARTICLES, THE GREAT RACE

Ewan is considered world class after claiming 11 wins in his debut year as a pro-­rider in 2015. The 21 year old Orica GreenEDGE rider and defending champion arrived uncertain of his form but ended it with a clear message to his rivals.

Ewan picked up where he left off last year, confirming his status as one of the worlds leading sprinters.

Ewan -­ “It’s a massive relief, I didn’t know what my form was going to be like, especially in a short race like this. It was nice coming here and winning again”

“I’ve been sprinting a lot in training, so I knew it was going alright – I was bit further back than I wanted to be with one lap to go, so I hit out early. And it worked out OK”

In the early stages, on the tight circuit around Richie Boulevard in Geelong, Robbie Hucker, of the Avanti IsoWhey Sports team, broke away solo and rode half the race off the front to take the lead in the Budget Forklifts sprint classification.

As the bell sounded on the final lap Caleb Ewan launched his bid for victory and was never headed, wining comfortably ahead of Brenton Jones (Drapac) and Pat Shaw (Avanti).

In the Elite Women’s race – presented by Subaru, an aggressive start saw Lauretta Hanson (Total Rush) dominate the intermediate sprints to assume the lead in the Budget Forklifts sprint classification. Despite numerous attacks, the main group was all together on the final lap.

Orica -­ AIS controlled the front of the peloton as dual Australian road champion, Gracie Elvin, showed impressive finishing speed to take the win, in a photo finish, ahead of her teammate, Lizzie Williams, with Kimberly Wells (High5 Dream team) in third.

Elvin -­ “I wasn’t expecting it actually, I’ve just done a whole lot of volume and haven’t done a ton of intensity. I was hoping today to wind up the legs for nationals”

“We are using the bay crits to show off our sponsors, like we always do, but also for a bit of race fitness going into nationals. We are probably not going to be thinking about the overall till the last few days – we are going for stage wins and we are off to a good start”

Australia’s leading cyclists took to the roads of Geelong’s Eastern Park for the second day of the Mitchelton Bay Cycling Classic, a race with the reputation of being the fastest criterium series in the world, and two of the country’s fastest sprinters proved the point.

But with the support of his Orica-GreenEDGE teammates, and former track world champion Alex Edmondson (Orica GreenEDGE) in the leading four-some, Ewan closed down the breakaway setting up a bunch sprint finish. The 21 year old world-class sprinter taking his second victory this year comfortably ahead of Brenton Jones, (Drapac Professional) who finished second for the second day running.

Leigh Howard, of Geelong, rounded out the podium in third.

Ewan – ‘The boys rode so well and it was handy having Alex in the breakaway. We didn’t want it to get too far because Pat Shaw is obviously high up in GC so we knew we had to bring it back. And the later we left it the harder it would be with the cross winds, but I think we rode it beautifully’.
Elite Men’s stage TWO results

Ewan has extended his lead in the race for yellow. In the race for the Budget Forklifts green jersey, in the points classification, Robbie Hucker also built on his advantage.

The elite women’s race, powered by Subaru, saw the Orica-AIS team control affairs from the start, almost to the finish.

Reigning Australian criterium champion, Kimberly Wells (High5 Dream Team), proved to be too strong launching her sprint a long way from home and holding on to take the stage.

Wells – ” I decided in my head to go early, and I really hit the Orica squad hard because I didn’t want to be boxed in like yesterday through their sheer volume of numbers. It really hurt to go early but I dug in deep after all the work the girls in my team had done and we pulled off the win”

With two stages remaining Elvin holds a slender lead over Wells in the race for yellow, with Lauretta Hanson in the Budget Forklifts green jersey, in the points classification.