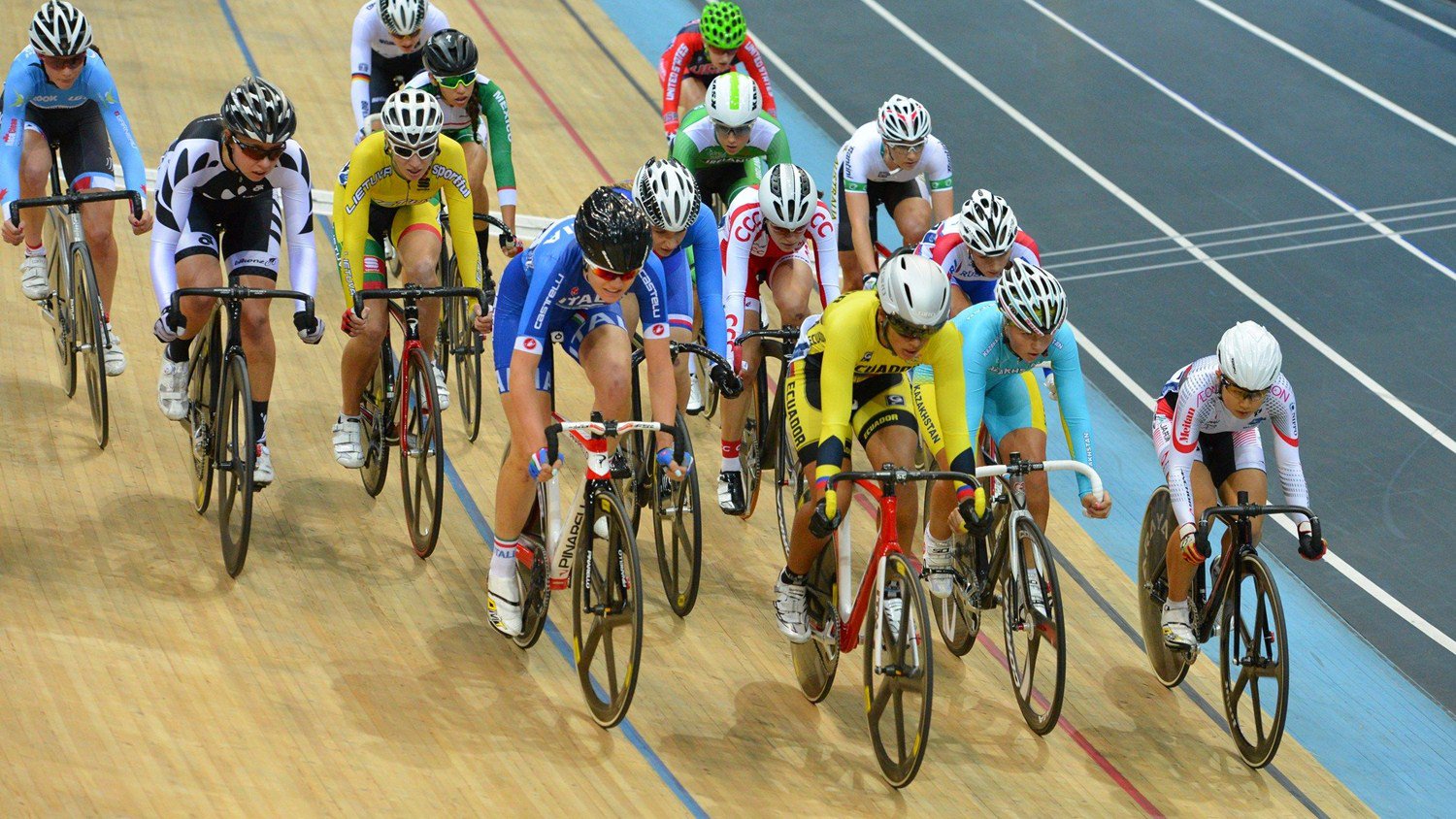 The UCI Junior Track Cycling World Championships drew to a close at the UCI World Cycling Centre (WCC) on Sunday, after five days of competition which saw record participation, four new world records and medals for the UCI WCC’s own trainee athletes.

It was the first time that the UCI WCC in Aigle, Switzerland, had hosted this event for Juniors, which was extremely successful from all points of view.

A total of 275 athletes from 40 countries took part in the UCI World Championships dedicated uniquely to Junior athletes (aged 17 and 18). Nineteen titles of UCI Junior World Champion were at stake. New Zealand topped the medals table with nine medals, including four gold, followed by Italy with six medals (including three gold) and Germany with four medals (two gold). Nineteen countries won at least one medal.

Four world records, which will become official after ratification, were established during the competition:

For the first time, the UCI Junior Track Cycling World Championships included a demonstration event for the Women’s Madison with a view to possible inclusion on the official programme in the future. The event, won by Australia, was appreciated by the athletes and spectators alike.

The velodrome’s 680-capacity spectator stands were well occupied on every day of competition, and in addition racing was streamed live on the UCI YouTube channel. By mid-afternoon Monday, the audience figures for the live broadcasts and replays had already exceeded 100’000 views (104’597) and this figure is expected to continue climbing considerably over the next few days.

During the event, the World Anti-Doping Agency (WADA) and the UCI led a joint awareness programme entitled #IRideClean, in order to explain to the young athletes the dangers of doping. All the riders attended a conference, including a first-hand account from a young athlete, organised on the eve of the competition, and an information booth manned by the WADA during the competition was well attended by the athletes, many of whom gave positive feedback. This programme is just one of the UCI-WADA initiatives that aim to protect the rights of honest sportspeople.

UCI President Brian Cookson said it was a pleasure to witness the next generation of the world’s Elite competing on the UCI WCC track: “One of the missions of the UCI is to develop cycling worldwide, and the UCI World Cycling Centre plays an enormous part in that mission by training hundreds of promising young athletes from the world over. The UCI was therefore very pleased to host the UCI Junior Track Cycling World Championships on the very track that is the daily training ground for our development athletes.”

The UCI World Cycling Centre’s own trainees were among the medal winners, not least Mongolia’s Tegshbayar Batsaikhan, who won gold in the Men’s Scratch Race.

Detected by the UCI WCC coaches when he was training at the Korean satellite centre, Batsaikhan was invited to join the high performance training programme in Switzerland. In the three months since his arrival, he has made incredible progress.

“This is a new story for Mongolia,” said the young athlete after his world title. “I have been at the Centre (UCI WCC) since April and the training is very good. It has helped me.”

Zundui Naran, General Secretary of the Mongolian Cycling Federation added: “This victory would not have been possible without the UCI WCC. We don’t have the facilities or the experience in Mongolia for our cyclists. We are so grateful to the UCI World Cycling Centre.”

“By working closely with our satellite centres in Asia and Africa, we are able to detect talent and invite the most promising athletes to come and train at the UCI WCC in Aigle,” he explained. “With us they can focus 100% on their training. They benefit not only from expert professional coaching but also learn about race tactics, recovery, nutrition…. everything it takes to become a top cyclist. “It is so rewarding to see our athletes improve and realize their dreams.”

The participating athletes were delighted by the organisation of the event and pleased to discover the UCI World Cycling Centre.

Germany’s Pauline Grabosch, double UCI Junior World Champion (500m time trial and sprint) said: “This has been a great event with a very positive feeling. It’s more than just about the track but also about the atmosphere, the music and the crowd. The feeling on the track helps a lot. I know some of the athletes who train at the UCI World Cycling Centre and I am very happy that the World body has something like this in Aigle. It helps make cycling more international.”

New Zealander Campbell Stewart, gold medallist in the Men’s team pursuit and the Omnium, was impressed to learn of the UCI WCC’s work with athletes from developing cycling nations: “It is awesome to see what this place has. When I arrived here and saw all the athletes training it was great. And it’s so amazing that the trainee from Mongolia won a gold medal.”

Cycling South Africa’s President William Newman was in Aigle for the competition: “It is fantastic to have the UCI Junior Track Cycling World Championships at the UCI World Cycling Centre. It shows the juniors what happens at the UCI, the activities, the work and the people behind the scenes. South Africa has athletes training here and they are very happy to get experience that sets them on the path to international competition. I am very grateful to the UCI and the World Cycling Centre.”

Former athlete and Olympic Champion in the keirin, Victoria Pendleton (GBR), herself a former UCI WCC trainee, attended the event, providing race commentary for the live streaming and participating in the medal ceremonies: “It was a joy talking to the athletes and answering their questions. It is such a great opportunity for them to come to a competition like this. They are at the beginning of their careers and they are so enthusiastic. I have good memories of my time in Aigle and it definitely helped me in my career.”