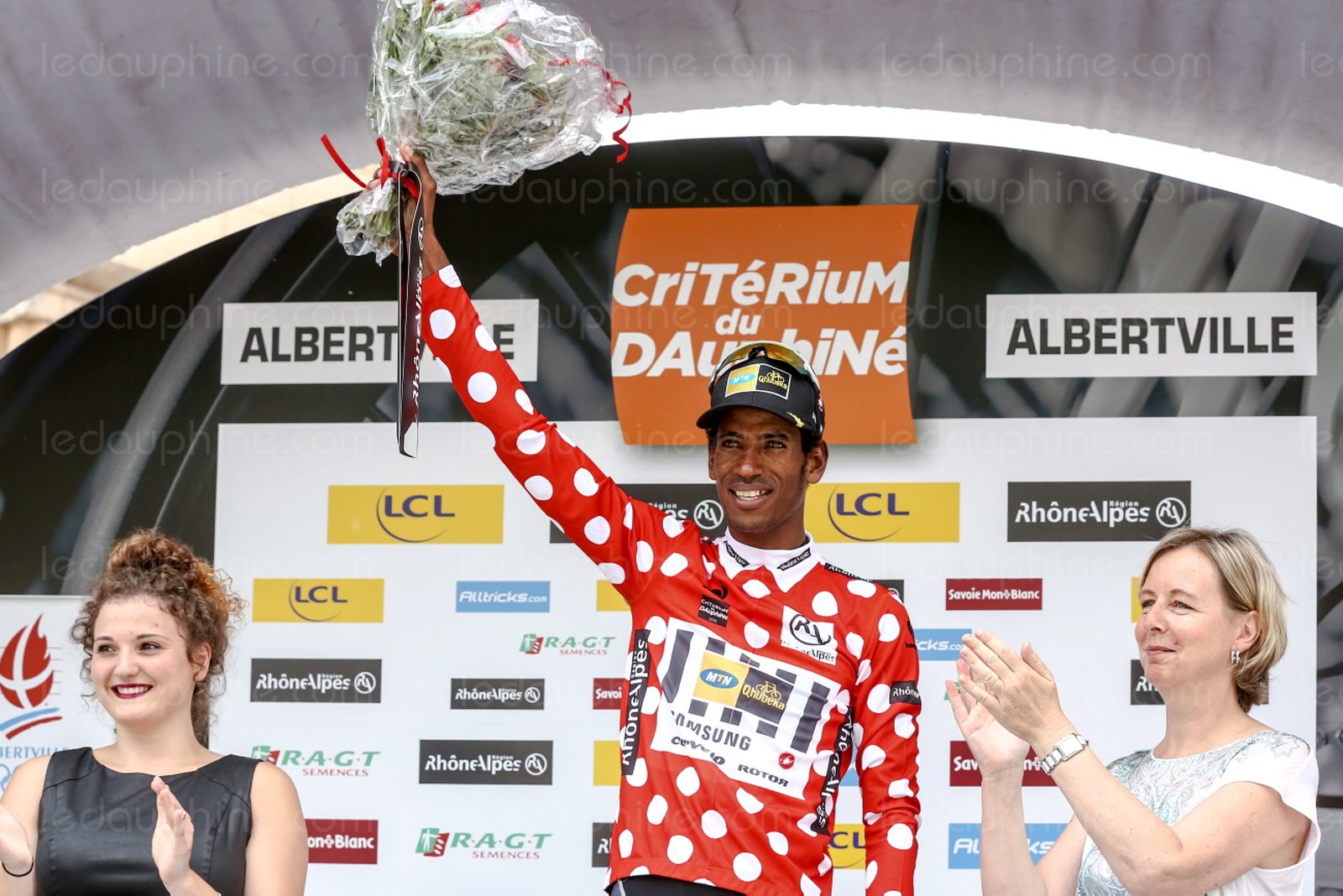 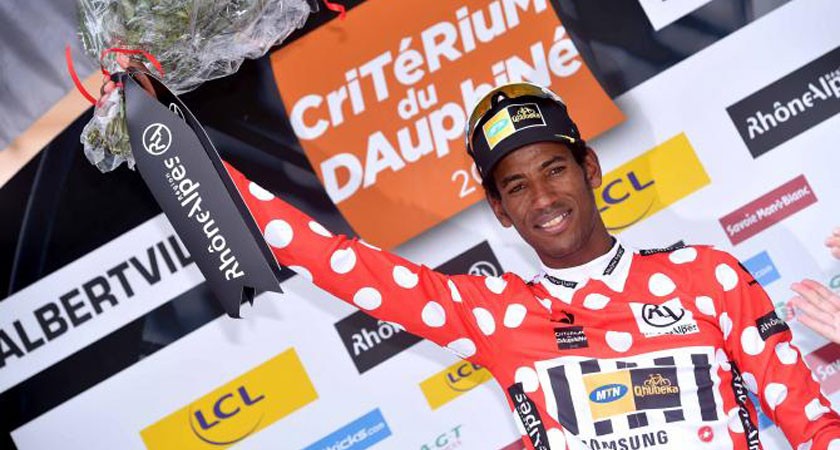 MTN-Qhubeka’s Daniel Teklehaimano celebrated not only his team’s first ever WorldTour jersey title, but also Africa’s first man of color to do so.

Teklehaimano secured the polka dot “King of the Mountains” jersey at the conclusion of yesterday’s Critérium du Dauphiné, after earning it from the outset of the race.

“I am very happy to win the climbers jersey. This is a very special result for me, it is like a dream. I am also happy for the team to get this jersey because you can see it means a lot for everyone as well,” Teklehaimanot said. “I have received a lot of support and nice words from many people in Eritrea and everywhere in the world.”

“I am thankful for the team and I am happy that I can help promote our Qhubeka charity and 5000 bicycles campaign by winning this jersey. Teklehaimanot said.

MTN-Qhubeka’s head of performance, Jens Zemke, praised both Teklehaimano and his team for their teamwork surrounding the KoM jersey.

“To summarise our Dauphine, the last eight days were absolutely incredible. To win the climbers jersey which is our first ever World Tour jersey, every day we were part of the action.” “We were in break, we were doing the leadouts and we were sprinting.

Zemke made sure to mention, the performances of Edvald Boasson Hagen, who finish top-five on three occasions, second in the points classification, as well as Louis Meintjes, who finished sixth in Pra Loup and third on Saint-Gervais Mont Blanc.

” These were amazing results for us and so the team rode incredibly well. We have our major goal of the year coming up in three weeks, the Tour de France and the team showed we are ready for it,” Zemke said. “To compete on such a high level as an African squad after only three years in professional cycling is superb.

“We are also happy to have the attention of the media so we can promote our project and our campaign to put 5000 kids on bicycles in South Africa. So I think the boys did an incredible job here and also the whole staff, everybody did a great job.”