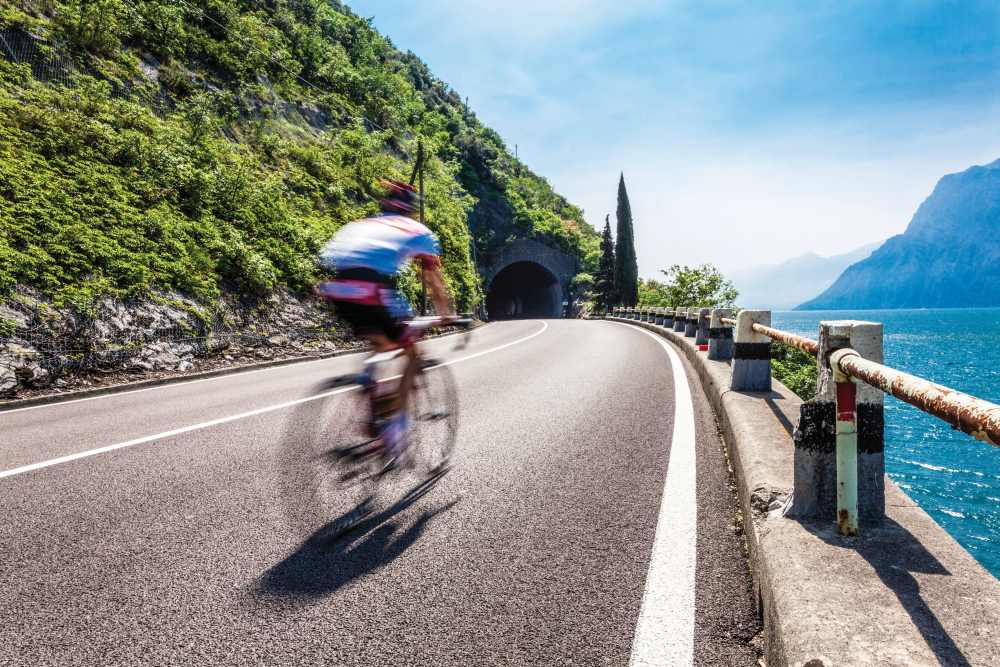 Italy’s Lake Garda could soon be circumnavigated by bicycle, if plans for a new perimeter cycle path go ahead. The proposed ‘Garda By Bike’ project would make a full loop of the lake’s 140-kilometer circumference, passing through the regions of Veneto, Lombardy and Trentino Alto Adige.

The path, which is set to be completed by 2021, will allow cyclists to take in Lake Garda’s stunning panoramas, with terrain ranging from beginner to expert in terms of difficulty.

Sections deemed expert, such as the hilly 27km stretch between the towns of Gargnano and Limone, will also be served by a ferry for bikes and passengers.

With a predicted cost of 102 million euros, the three regions involved in the project will be hoping to seriously boost tourist numbers to the various towns and villages around the lake. Local counselor Silvia Razzi said the project wanted to promote “sustainable tourism” as well as “greater visibility for trade, restaurants and hotels in the Garda area”.

Lake Garda’s strategic location on both the Euro Velo (EV) 7 and EV 8 cycle routes make it something of a hub for bike enthusiasts. With stunning views and challenging terrain, the area is particularly favored by mountain bikers.

The section between Capo Reamol to the Riva del Garda should be finished before the end of this summer, which will feature two kilometers of pathway mostly suspended from the rock surrounding the lake.