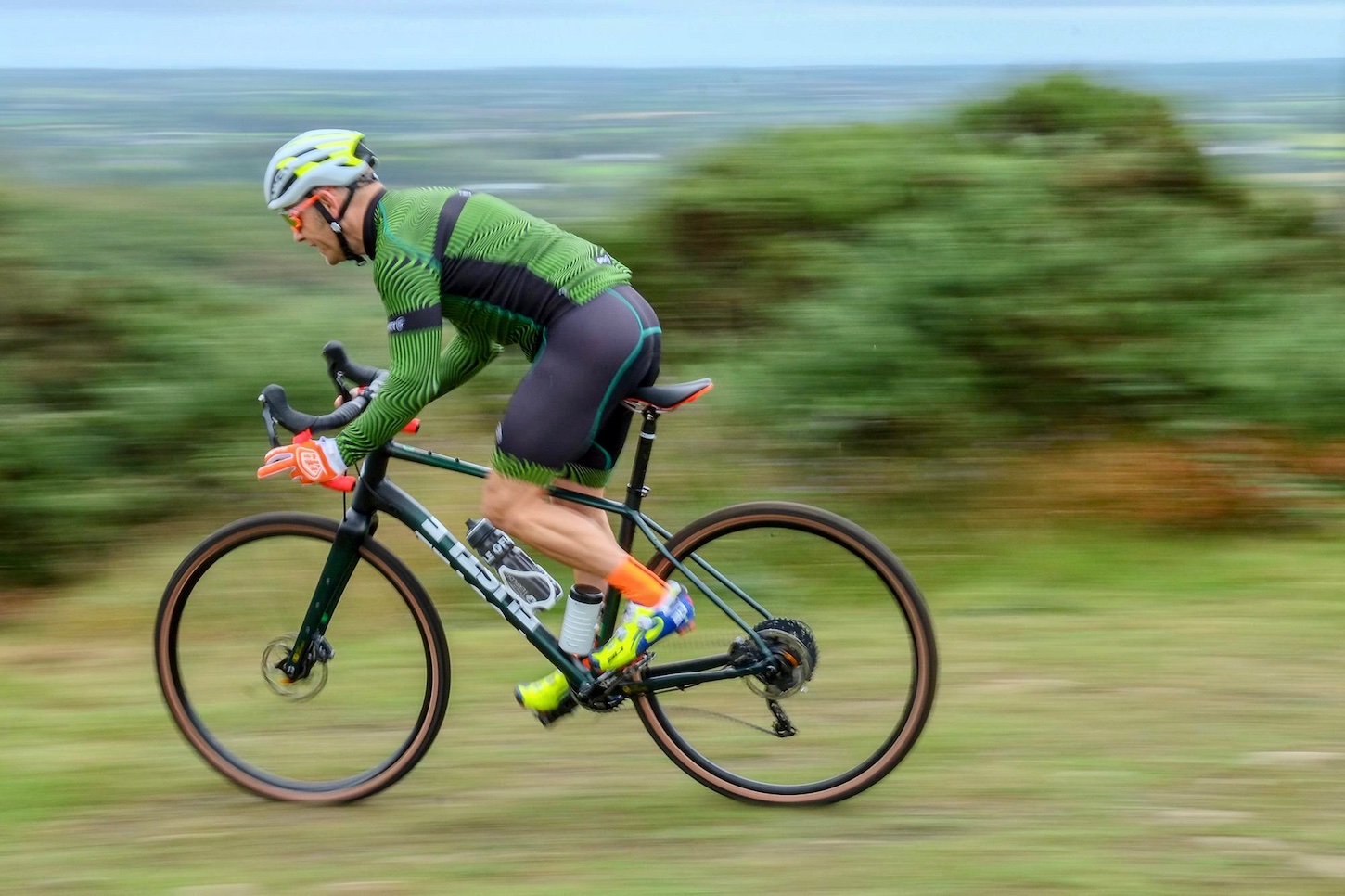 A new bike brand from Northern Ireland has arrived on-scene called FUSTLE, offering customers affordable admission into the gravel bike segment with the launch of its Causeway GR1.

The brand is helmed by industry veteran and bike designer Alastair Beckett, who sought to create a simple, straightforward process where customers could spec a bike to their liking with plenty of choices from companies such as Hunt, Shimano, Pro, Enve and DT Swiss via a custom configurator on the FUSTLE site.

“Frustrated at the lack of choice when searching for our sons first bike, I did the only thing I knew how to, and got one produced to the specification that I wanted. That got me thinking… Why don’t I produce bikes for everyone and leave the spec selection up to the customer?”, says Beckett.

At the heart of the Causeway GR1, is a 6061 aluminum frame and a full carbon uni-directional fork, which features internal cable routing, dropper post compatibility, 12x142mm/12x100mm axle spacing and a 31.6mm seatpost diameter with enough clearance to accommodate tires up to a whopping 700x50mm/650bx 2.1.

According to Beckett, complete bikes start at £2,000, which include a Shimano GRX drivetrain with a WTB Terra wheelset, along with a  choice of WTB saddle, WTB tires and a PRO stem, seatpost and handlebar.

From there, customers can further upgrade their bikes with components from the previously mentioned brands.

The Causeway GR1 is currently available in three sizes, SM/MD, MD/LG and LG/X, with plans to add another smaller size, XS/SM, in September 2020.

By the way, the FUSTLE name comes from the idea of creating a brand that involves “No Fuss, Less Hassle”.