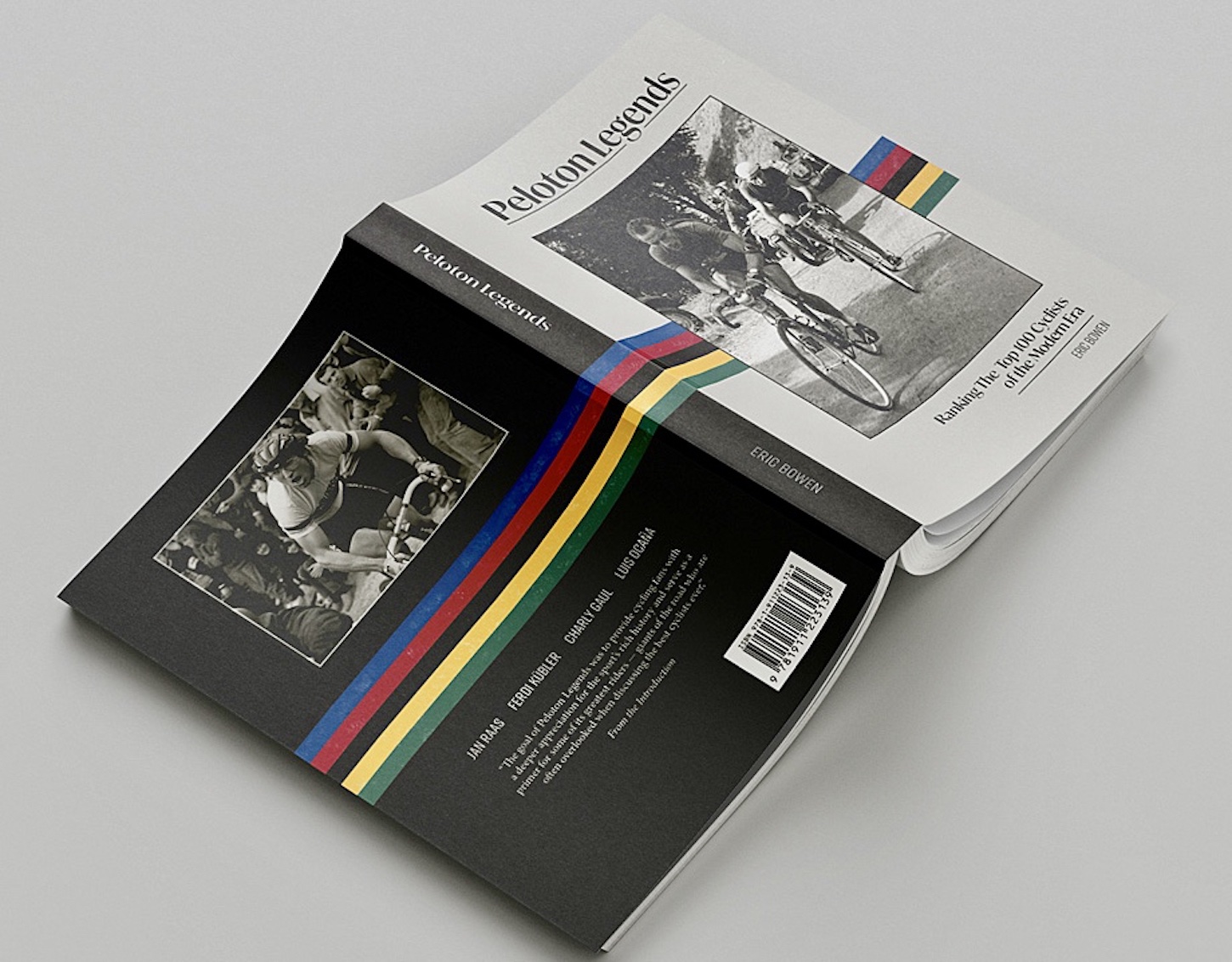 So, how do cycling fans begin to determine which professional cyclists were the best of the best? For starters, how do you even begin to compare riders who competed at different times and who never competed against each other? Also, how do you compare some of the all-time greats who had completely different types of palmarès (career victories)?

Packed with 100s of photographs, illustrations, and charts, Peloton Legends is the book and ranking system designed to answer those questions. This fascinating read will include chapters on the problems inherent in developing such a system; why the early years (the Heroic Era) were not included as part of the ranking system; how the war years, injury and illness were factored into the the scoring methodology; the races which were included, and why; and the special, sometimes not very well-known, lifetime achievements of some of the all-time greats.

The second half of the book presents the Top 100 cyclists; their careers highlights and results, and a thought provoking chapter which tackles the topic of doping in the sport, and how it has affected the rankings included in the book.

Peloton Legends is essential reading for anyone interested in the sport’s rich history and serves as a primer for some of its greatest riders—giants of the road who are often overlooked when discussing “the best cyclists ever.”