New Book: “The Beautiful Race: The Story of the Giro d’Italia” 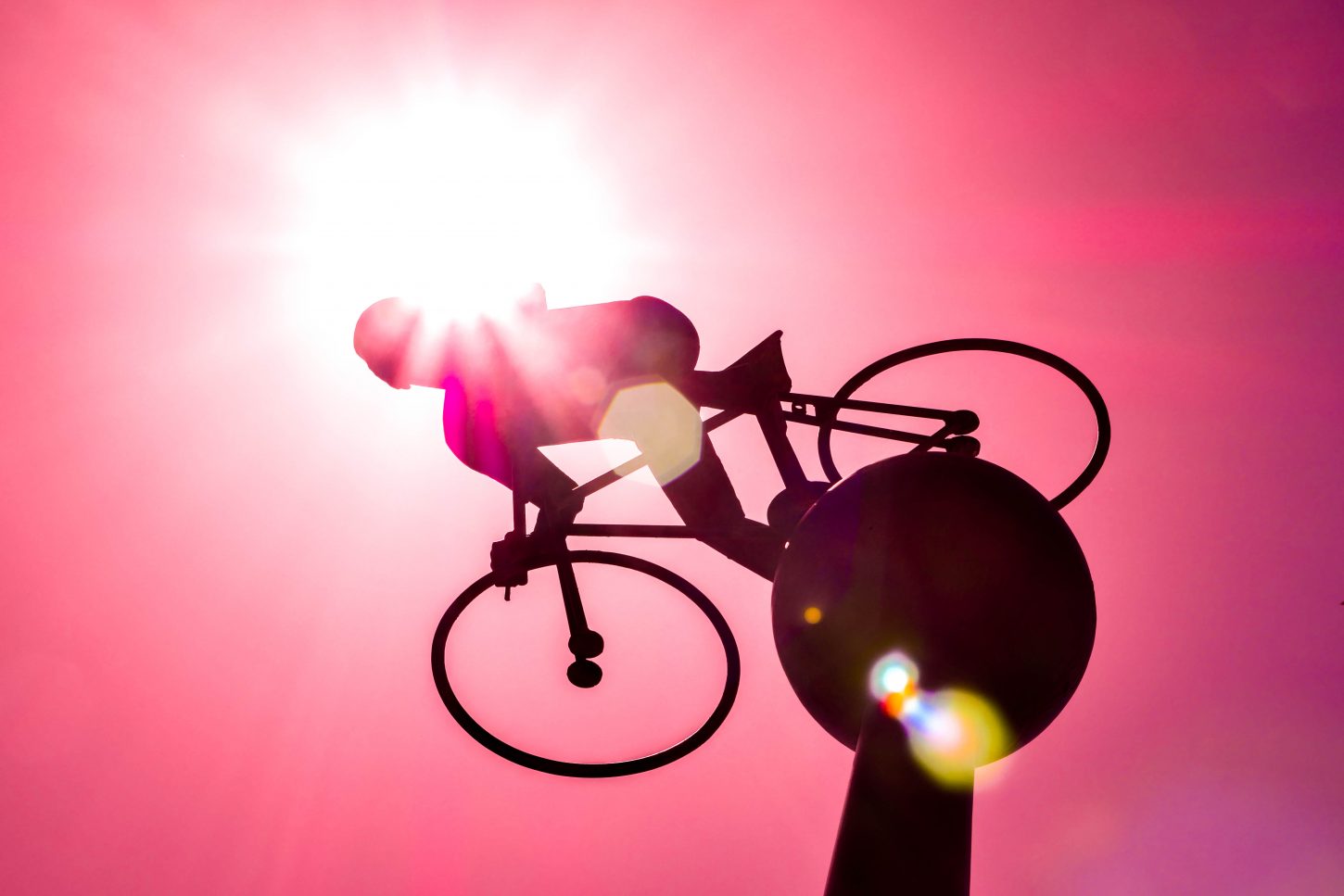 Wish we had known about this last month to coincide with the 101st edition of the Italian Grand Tour, but Colin O’Brien’s recent book, The Beautiful Race: The Story of the Giro d’Italia, is sure to delight cycling enthusiasts anytime of the season.

Indeed, O’Brien’s book is a celebration of the Giro d’Italia in all its kaleidoscopic glory after more than one-hundred stagings of the glorious three-week race.

Born of tumult in 1909, the Giro d’Italia helped unite a nation. Since then, it has reflected it’s home country―the Giro’s capricious and unpredictable nature matches the passions and extremes of Italy itself.

A desperately hard race through a beautiful country, the Giro has bred characters and stories that dramatize the shifting culture and society of its home.  There was Alfonsina Strada, who cropped her hair and raced against the men in 1924, or Ottavio Bottecchia, expected to challenge for the winner’s “Maglia Rosa,” the famed pink jersey, in 1928, until he was killed on a training ride―most likely by Mussolini’s Black Shirts. And what would a book about the Giro d’Italia be without Fausto Coppi, the metropolitan playboy with amphetamines in his veins, guided by a mystic blind masseur, who seemed to glide up the peaks.  But let us not forget his arch rival Gino Bartali―humble, pious and brave.  It recently emerged that he smuggled papers for persecuted Jewish Italians. Then there is the Giro’s most tragic hero, Marco Pantani, born to climb but fated to lose.

Halted only by World Wars, the Giro has been contested for over a century, and The Beautiful Race is a richly written celebration of this legendary race.

The deeper I went with my research, the more tempting it became to deviate from that idea [of an overarching narrative] and mention every single detail of the race’s 108-year history, but it was never my intention to write an encyclopedia of the Giro d’Italia, because I would never want to read one.” This is a surprising admission because, after reading the highly entertaining “The Beautiful Race,” this sounds like a pretty good idea, Mr. O’Brien! Our criticism of the book is that perhaps at 238 pages there was insufficient space for a lot more great stories. But I was gratified to learn that Carlo Galetti, winner of the 1910 and 1911 editions, was nicknamed “Il Scoiattolo dei Navigli,” or “the Squirrel of the Canals”, says O’Brien.