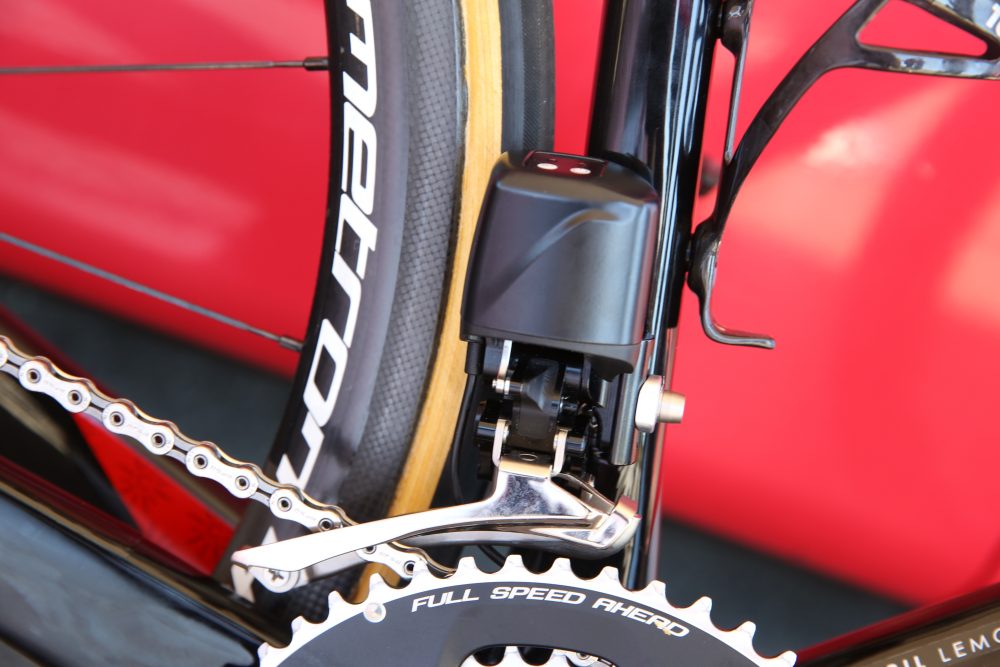 During yesterday’s Tour de France rest day in Berne, Switzerland, FSA dazzled the cycling masses with glimpses of its much anticipated electronic groupset.

Indeed, the new FSA groupset made its debut onboard bikes being ridden by Cofidis’ Cyril Lemon, along with a couple of riders from Direct Energie and Bora-Argon 18.

Armed with only some random photographs, a short video and a few spurious details, it appears that the new electronic groupset isn’t completely wireless. In fact, judging by the video presented by FSA’s brand ambassador, Ivan Basso, a cable is clearly seen emanating from the rear derailleur.

In addition, shifting appears to be done via two buttons which are located behind both brake levers, which presumably actuate the front and rear  derailleurs.

As for the brakes, the groupset appears to retain FSA’s K-Force Dual Pivot calipers.

So far, these are the only details we have for now.

Stay tuned for next month’s EuroBike show, where FSA is rumored to be planning an official unveiling of its new electronic groupset.