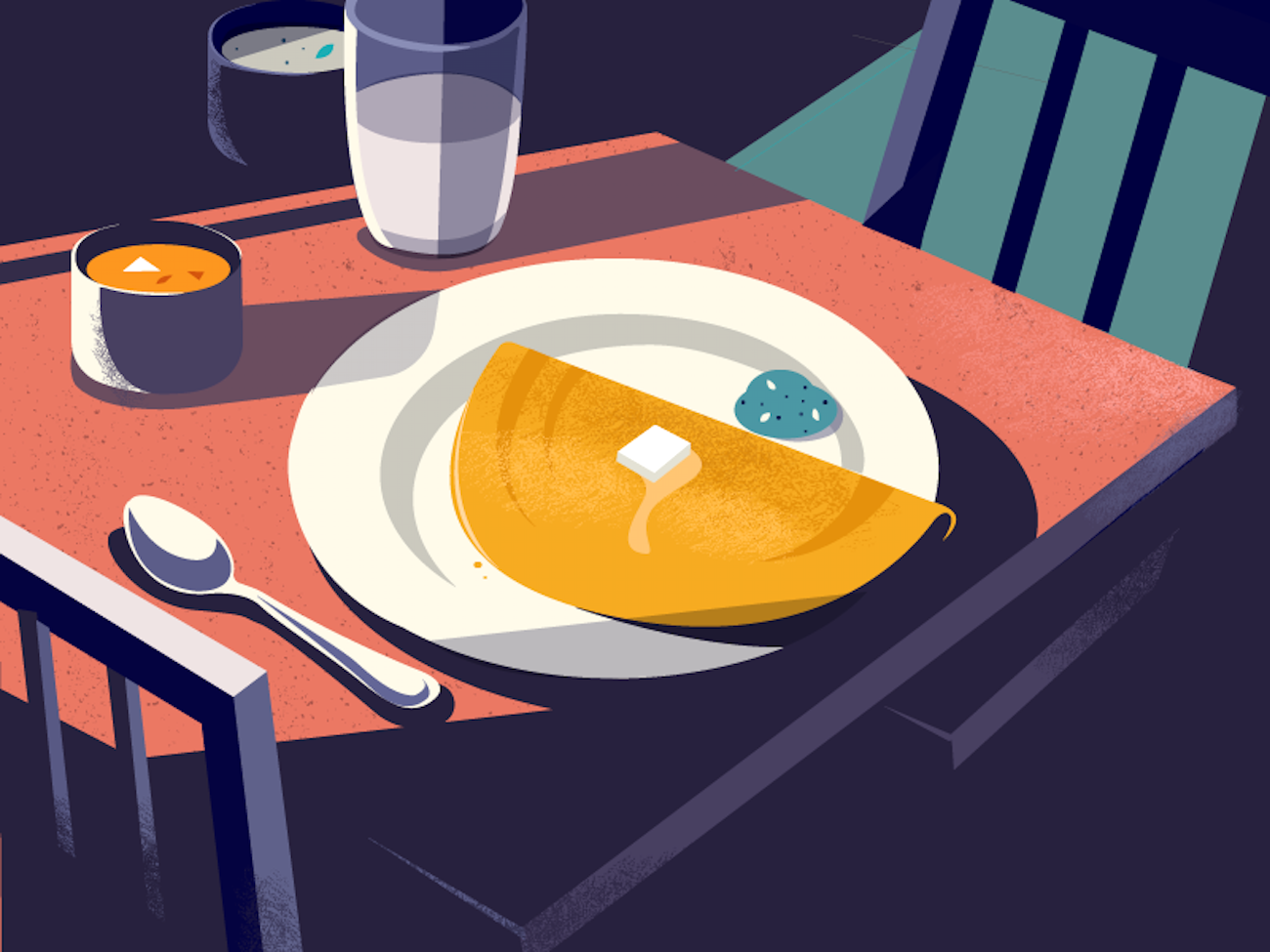 When it comes to weight loss, dietary advice often boils down to “a calorie is a calorie” and meal timing is “inconsequential.” But new research rattles those common assumptions and suggests people’s metabolism works faster and better in the morning than at night.

In this small, sample study, researchers focused on diet-induced thermogenesis (DIT). This is the amount of energy produced as the body breaks down food or heats up. It’s also a key measure of how efficient an individual’s metabolism is.

After analyzing a group of 16 young, healthy men, the team found that breakfast — regardless of how many calories were consumed — created more than double the amount of DIT than the exact same meal eaten at dinner.

These results indicate that skipping breakfast isn’t a wise approach to weight loss or obesity management, according to the research team.

“We recommend that patients with obesity as well as healthy people eat a large breakfast rather than a large dinner to reduce body weight and prevent metabolic diseases,” Juliane Richter, a study co-author and researcher at the University of Lübeck in Germany, says.

Richter and her team published their findings Wednesday in the Endocrine Society’s Journal of Clinical Endocrinology & Metabolism.

However, a 2013 literature review, which included 13 different scientific studies, cautions adding in breakfast isn’t an effective strategy for weight loss. Further studies are needed to determine whether it’s healthy to stack calories early in the day or not, a strategy that’s much debated in the scientific realm.

Richter and her team wanted to know how DIT (the energy produced as the body processes and stores food) fluctuates throughout the day. The team rounded up a group of 16 healthy young men with normal body mass indices (BMIs). They left out participants who took medication, reported dieting in the last six months, or had any acute or chronic mental or physical diseases. They also didn’t include any competitive athletes, people with Type 2 diabetes or alcohol or drug abuse, shift workers or smokers.

During the length of the study, the group of men stayed at the team’s lab for three days. While they were living in the lab, participants kept to a strict sleep schedule (slumbering from 11:30 pm to 7:00 am), avoided physical activity and “emotional drain,” and played music, drew, watched television or read to pass the time.

These controlled conditions are often missing from other nutrition studies weakening previous research on the topic, the authors say.

First, the group consumed a low-calorie breakfast and high-calorie dinner, then flipped the meal schedule the second day. Before and after meals, the research team took blood samples and measured the participants’ calorimetric measurements (their energy metabolism and DIT). The researchers also documented the men’s hunger, appetite for sweets, and quality of sleep.

After analyzing this data, the researchers discovered that DIT was 2.5 times higher after breakfast than after dinner, regardless of calorie count. The team also observed that the spike of blood sugar and insulin that erupts after eating went down after breakfast — but not after dinner. Eating a low-calorie breakfast also increased the group’s appetite, specifically for sweets. Meal patterns didn’t significantly influence sleep.

“Our results show that a meal eaten for breakfast, regardless of the amount of calories it contains, creates twice as high diet-induced thermogenesis as the same meal consumed for dinner,” Richter said.

This finding underlines the value of eating enough for breakfast, according to Richter. It also means that, when it comes to DIT, breakfast has a more efficient “energetic value” for the body than dinner, the authors say. If weight loss is your goal, it may be helpful to eat a bigger breakfast over a bigger dinner.

Ultimately, the battle to win the “most important” meal of the day title continues. This study, however small, adds fuel to the ongoing breakfast debate.