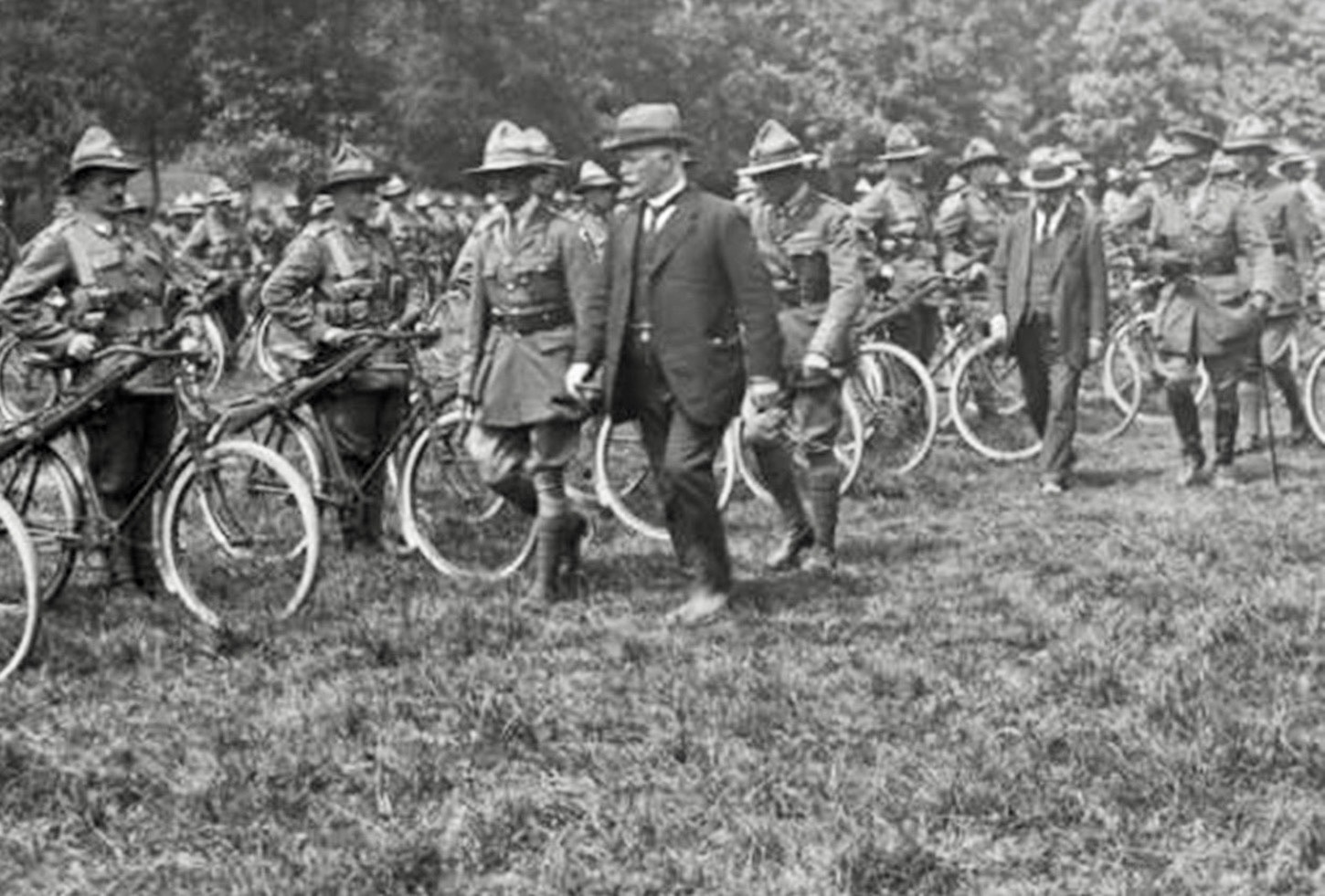 The battles over the cobblestones of the Spring Classics hold particular significance this year for New Zealand cyclists and cycling fans.

As the pros in the UCI WorldTour attack and counter-attack on the now-famous climbs of some of the world’s most prestigious cycling races, a group of New Zealanders will be commemorating those who battled along the same routes 100 years ago.

It is a little-known fact that during World War 1, the New Zealand Cyclist Corps (NZCC) and the Australian equivalent operated as the Anzac Cyclist Battalion. They were involved in the Flanders offensives of 1917, and in early 1918 the NZCC took part in important defensive actions in the Battle of the Lys and offensive actions in the Second Battle of the Marne. This year marks the 100th anniversary of the cyclists’ last action in Europe.

In a tribute to those who lost their lives on the battle fields of northern France and Belgium, a New Zealand bike holiday company has organised a “Spring Classics & WW1 Centenary Commemoration” trip to Europe. This week, 35 Kiwis arrive in Europe to visit the former battle sites, take part in several commemoration ceremonies, ride the Tour des Flandres and Paris-Roubaix Sportives, and watch the UCI WorldTour riders in action.

One of the organizers Karl Woolcott explains: “Our plan was to find the perfect mix between the Spring Classics and honouring those who rode before us. We are stopping in towns that the Anzac cyclists stayed in, visiting memorial sites and mirroring some of the NZCC’s rides.”

As part of the Centenary Commemoration, the group of New Zealanders will visit the trophy’s origins on the Kemmelberg as well as other historic sites where their ancestors lost lives during WW1, including Messines and, in northern France, Marfaux, the Arras Tunnels and Le Quesnoy.

Earlier this year, New Zealand’s Men Under-23 road race champion was awarded a trophy made from a cobblestone taken from the Kemmelberg, a famed climb that often proves decisive in the Gent Wevelgem in Flanders Fields. The Kemmelberg is also a site where the NZCC contributed to war efforts on the Western Front. The cobblestone trophy is mounted on a piece of timber taken from a World War 1 trench.

The idea for the trophy came from a New Zealand diplomat at the New Zealand Embassy in Paris, Roger Dungan.

“Cobblestones define racing in this part of the world, and New Zealand cyclists fought and died on this road, up the Kemmelberg,” said Dungan.

The New Zealander cooperated with the Belgian authorities and race organisers to stage a ceremony on the Kemmelberg to lift the stone and give it a traditional Maori blessing. The ceremony was also attended by Liz Southey, daughter of decorated NZCC Soldier Charles Carrington Southey.

After the ceremony, Sam Bewly said that he was honored to be a cyclist who races at events like Gent-Wevelgem but also to be a New Zealander commemorating “people who 100 years ago fought to make it a better world and who shaped our world, our country and made us us who we are today.

“It is special to receive a trophy of a cobblestone that has been on that road for 100 years… and now it’s part of the New Zealand cycling community.”