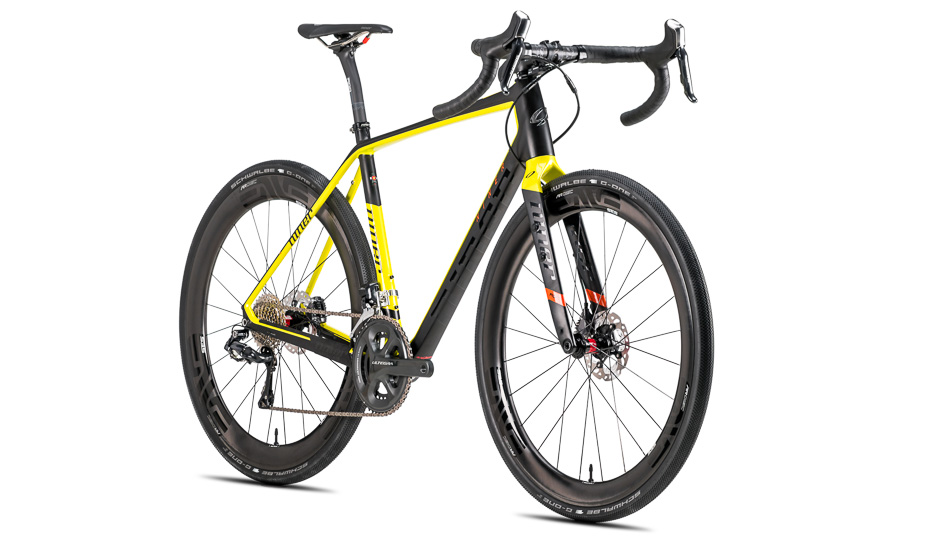 Simply thinking about entering the gravel grinder segment at this point is no longer an option for a bike brand. You’re either in or you’re out.  And, if you’re out, you’ll be sure to be left in the dust.

Niner has never been a brand reluctant to capitalize on the growing popularity of off-road/adventure cycling trend. In fact, it’s probably fair to say that they created their niche based upon.

Yet, while Niner has been consistently turning out exciting bikes made from “metal” to satisfy that category over the years, the Colorado-based brand has increasingly made its presence known in the carbon fiber arena as well.

This is evident with their successful BSB RDO cyclocross model.

Following in suit, Niner has launched a new carbon fiber variation of its already successful RLT 9 steel gravel bike, carrying over many of the features that’s made it a poplar choice amongst the off-road/adventure cycling/gravel grinder crowd.

However, key features such as shorter chain stays, a lower bottom bracket and a steeper head tube, distinguish the new carbon RLT 9 RDO’s  geometry from its alloy sibling, giving it what Niner says is a more performance oriented handling quality.

In addition, the new composite RLT 9 RDO has been given a bit more “slope” to its tube, which Niner claims has resulted in both a reduction in  weight, as well as better vertical compliance, thanks to the shorter seat tube and 27.2mm seatpost.

Additionally, the new carbon RTL 9 RDO has received full internal cable routing, which makes its way along the down tube and exists the PFBB30 bottom bracket via an underside hatch, as well as routing for the front brake hose that runs parallel with the fork leg.

As one would expect, Niner was certain to give the RTL 9 RDO plenty of clearance for oversized tires, in which case riders can opt for tires as large as 40mm.

The RLT 9 RDO is available in a number of disc brake equipped models, leading up to the range topping 5 Star which has been limited to just 50 bikes.

You can learn more about the RLT 9 RDO range here.