Officials Check Bikes for Hidden Motors at the Giro d’Italia 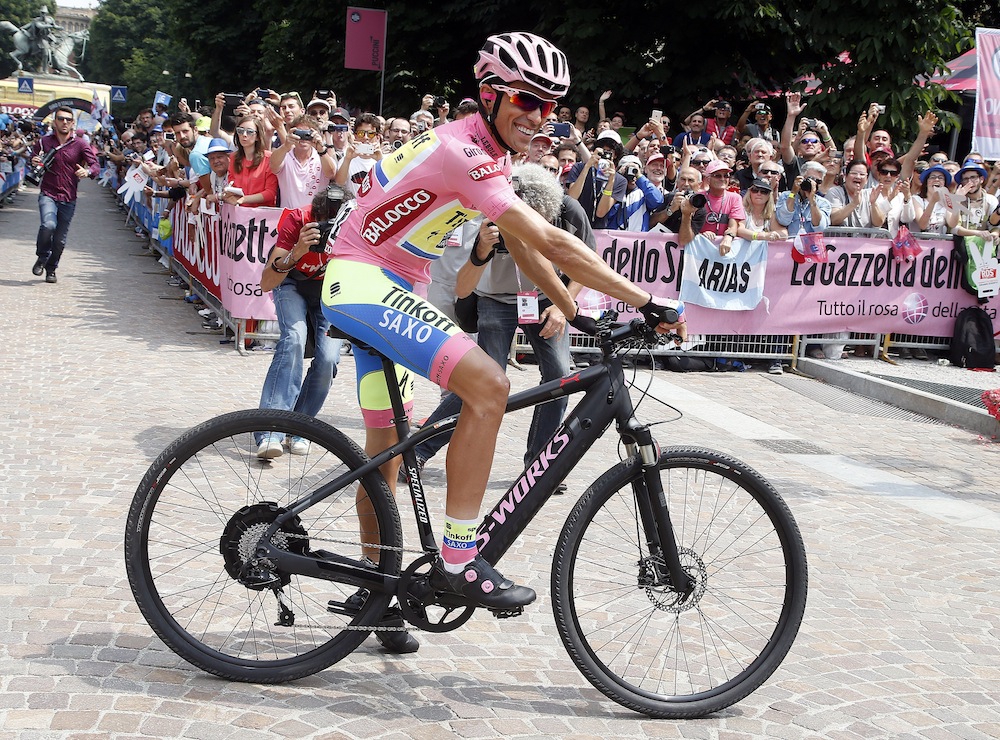 There must be something going on in the world of bicycle science, that the rest of us are unaware of, as the issue of race officials continuing to check bikes for supposed hidden motors, has almost become a routine practice at the big races.

Which raises the question, what the hell kind of device could be concealed in the bottom bracket of a bike, that’s capable of propelling a rider up a climb during a Gran Tour, I wonder ?

Anyway, Alberto Contador was one of five riders, whose bike was checked by race officials for one of these illusive motors – following today’s stage 18 of the Giro d’Italia.

Amongst the others, was today’ stage winner, Philippe Gilbert (BMC Racing), along with Ryder Hesjedal (Cannondale-Garmin), Rinaldo Nocentini (Ag2r) and Kenny Elisonde (FDJ).

“Unannounced bike checks to clarify the absence of hidden motors were held,” read a commissaire’s statement issued after the Giro stage on Thursday evening. “We proceeded to verify the bicycle by removing the saddle, or the pedal axle to view the inside of the bottom bracket”.

Union Cycliste Internationale (UCI) commissaires have been screening bikes for hidden motors in several races this season, although to date there has been no report of finding anything suspicious.

What’s next ? Reports of Bigfoot sightings under the podium ?  😥