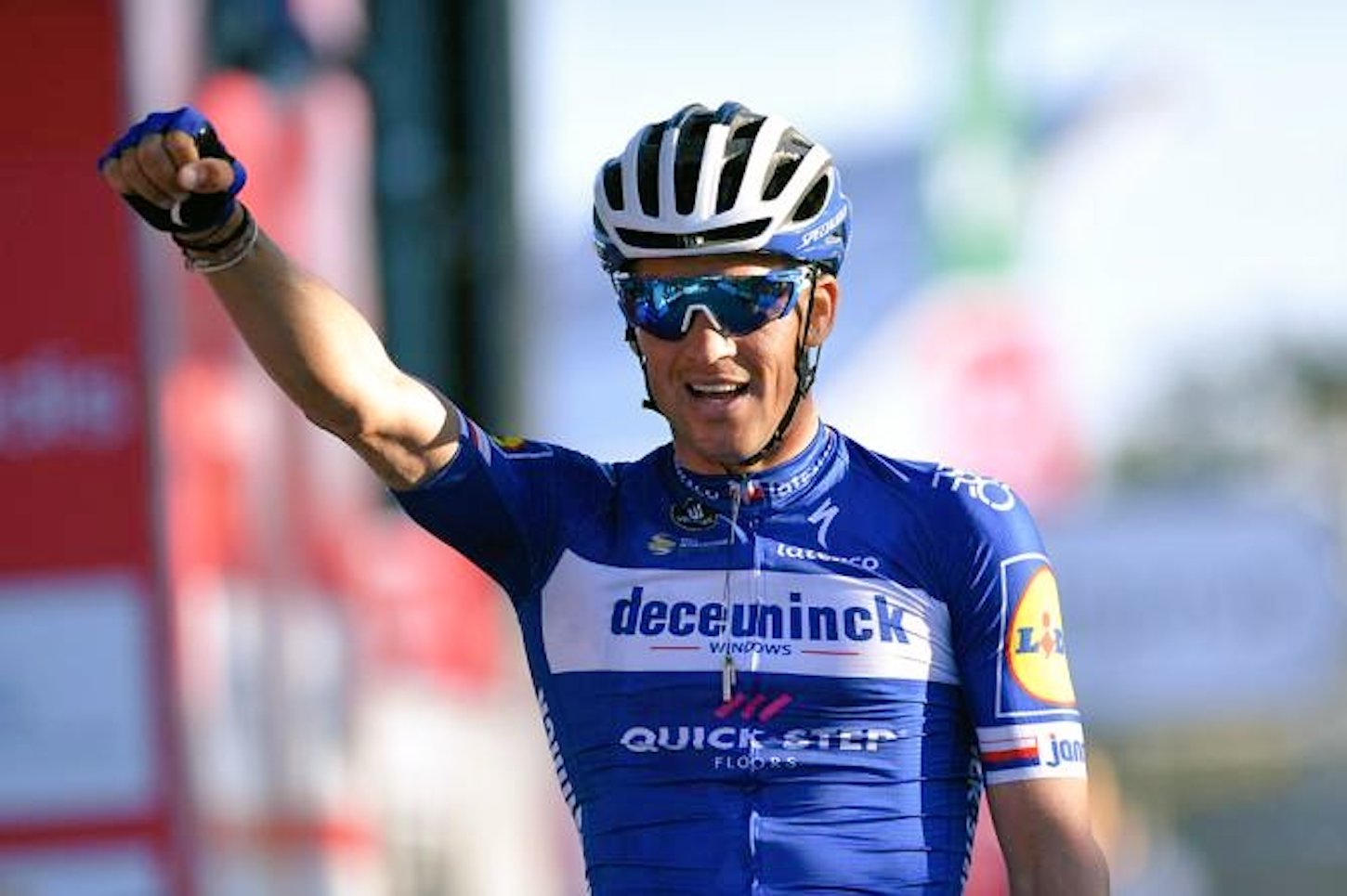 Zdenek Stybar triumphed in today’s early-season Omloop Het Nieuwsblad, after the Deceuninck-QuickStep rider executed an attack with less than 3 kilometers remaining to claim a solo victory ahead of Greg Van Avermaet (CCC) who sprinted in for second place ahead of Tim Wellens (Lotto Soudal).

Stybar had been part of small breakaway group consisting of Van Avermaet, Wellens, Dylan Teuns (Bahrain-Merdia) and Alexey Lutsenko (Astana) that succeeded in riding clear of the peloton along the Kapelmuur during the last 15 kilometers.

With 2.5 kilometers to go, Stybar made his winning move, subsequently opening up a gap of around half a minute that proved unassailable for the remaining escapees.

Meanwhile, Teuns made a counter attack, but he was quickly reeled back in.

From there, it became a race for second with Van Avermaet taking the sprint.

An early breakaway group consisting of Roy Jans (Corendon-Circus), Tom Wirtgen (Wallonie-Bruxelles), Alex Howes (EF-Drapac) and Tom Devriendt (Wanty-Groupe Gobert) went on to establish a sizable advantage of 14 minutes over the peloton by the time they reached first cobbled section of the Haaghoek.

At that point, the peloton decided to up the chase effort with Deceuninck-Quick-Step controlling the pace.

By the second ascent of the Leberg the breakaway group’s gap had been reduced to six minutes, which saw an attack from Kenneth Vanbilsen (Cofidis) that forced an early split in the main field.

Back in the chase, CCC led the peloton in earnest to rein-in Stybar et al, while Baptiste Planckaert (Wallonie-Bruxelles) bridged across to the lead group.

From there, they quickly caught Planckaert, who was the sole remaining leader at that point, after they tackled the cobbles of Haaghoek with 37 kilometers to go.

In a reduced peloton, Owain Doull (Team Sky) worked hard to bring the gap back down to 10 seconds at the foot of the Muur, but the power of the escapees proved insurmountable.

In the end, Stybar proved to be strongest rider of the lead group, as the Czech rider went on to enjoy a solo victory.