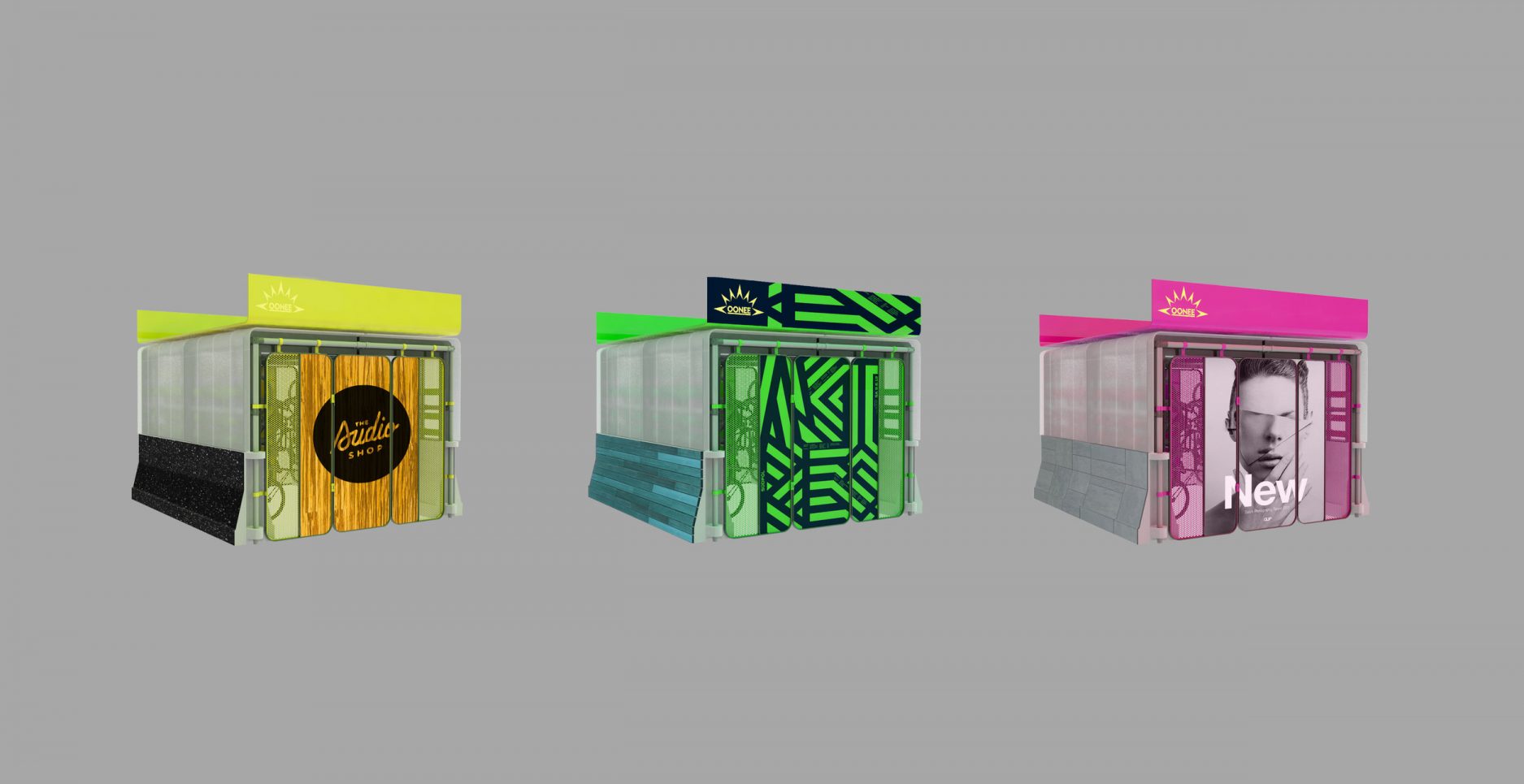 Instead of cyclists being forced to lock their prized possession to a dingy bike rack, or worse, a beat-up utility pole, the Brooklyn-based startup, Oonee, is looking to bring a lot more security and a lot more style to the practice of parking bikes.

Indeed, the founders of Oonee have begun laying the groundwork to create fully customizable “bike pods” that can be placed virtually anywhere within the city environs to provide a safe and secure place where cyclists can conveniently stow their bikes with confidence.

However, these “pods” aren’t designed to be mere stand-alone “industrial boxes”, rather Oonee’s approach to design allows each “pod” to posses its own stylish design, or as part of a larger scalable modular system, that can compliment existing infrastructure and public businesses along the urban landscape.

“We wanted to make something that would make people who don’t own a bike want to go out and get a bike,” says Manuel Mansylla, Oonee’s co-founder and creative director. “The sidewalk is populated with stuff that is stuck and old, like phone booths or newsstands. We wanted something that was ever-changing.”

According to Oonee, each bike pod has the capacity of storing up to as many as 43 bikes, which is considerably more than a conventional bike rack.

Oonee plans to build 5 to 10 prototypes this year, the first of which is scheduled to be built at the Brooklyn Navy Yard in April.

“We need to be engaging everyone at once,” says Oonee. “This is very much community-driven infrastructure.”

Oonee says, they hope to integrate an app in the future that allows users to register for a ” bike pod” ahead of time or pay on demand.

By the way, Oonee is pronounced like “uni”, which derives its name from the Japanese word for sea urchin.