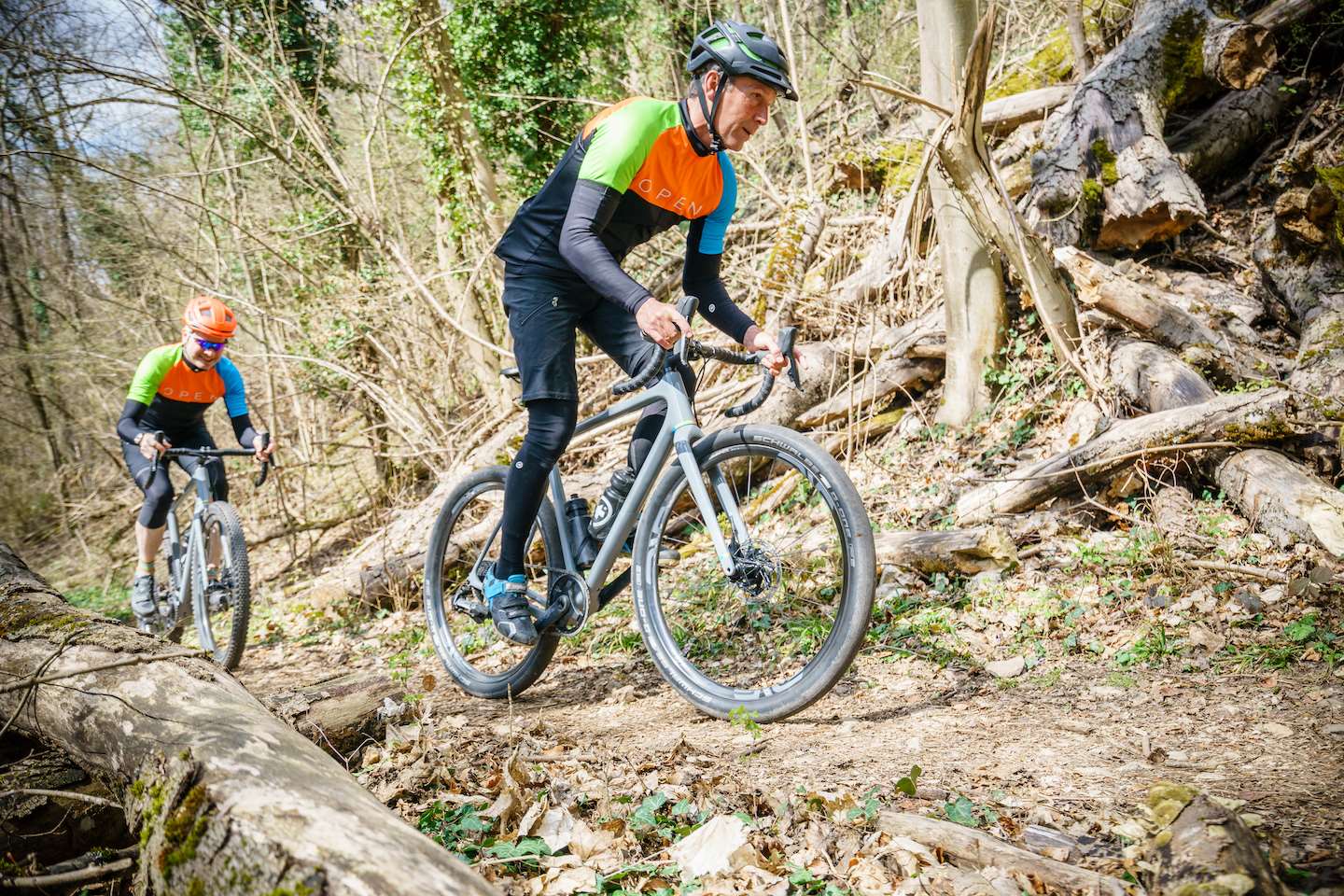 31 May 2019
By Gianni Pericolo - In FEATURED ARTICLES, LATEST ARTICLES, THE DOUBLE DIAMOND

OPEN has launched a new gravel bike called the WI.DE. offering enough clearance to accommodate tires ranging from 35mm to 2.4 inches, blurring the lines between drop handlebar enthusiasts and mountain bikers more than ever.

According to OPEN, the WI.DE. stands for Winding Detours, aimed squarely at providing gravel grinders and extreme allroad cyclists with off-road capabilities normally offered only in mountain bikes.

“The WI.DE. fits up to 2.4” mountain bike tires. That’s big even compared to some XC mountain bikes. At the same time, it still offers a performance road position for the rider and fits narrow road cranks, so riding efficiency remains high. This means it can conquer almost any terrain, without slowing you down on the easier roads and trails.,” says OPEN’s co-founder Andy Kessler.

In addition to bigger tire clearance, OPEN has also applied key aspects of its already popular UP frameset to the WI.DE. such as dropped chainstays, the addition of high modulus carbon along the flat sections of the tubes for further reinforcement and an overall frame lay-out that’s optimized for 1X drivetrains.

Additionally, the WI.DE. is designed for 160mm disc rotors, relying on OPEN’s Smartmount system for the front brake caliper, as well as internal cabling and brake hose routing throughout, creating both a cleaner look and a lighter set-up.

The WI.DE. also get’s two additional bottle cage mounts located under the down tube and bottom bracket for more hydration and tool storage, along with bosses on toptube for a fuel pod.

The WI.DE. comes equipped with SRAM’s Force eTap AXS groupset combined with the company’s Eagle mountain bike rear derailleur, along with a combination 10-50t cassette and 42t chainring for $3,200.