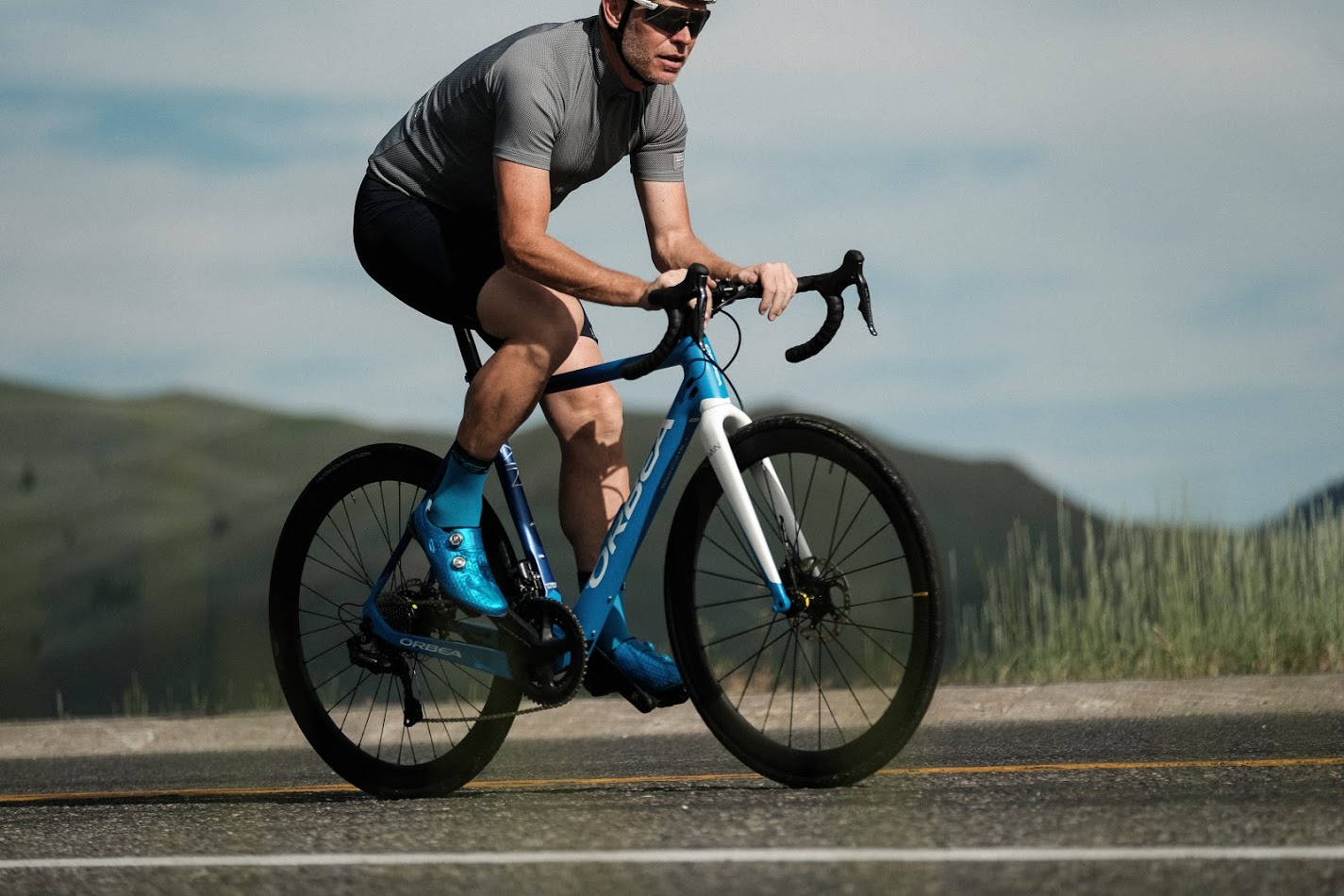 The GAIN first began life a year ago with an aluminum main-frame and carbon fork. However, the Spanish brand has since applied its composite know-how to launch their latest version, which now features a full-carbon frameset, improved integration of the bike’s electronic drive system and an optional extra battery, along with a choice between Mavic’s Aksium Elite and Cosmic Carbon wheelsets.

At the heart of the new GAIN, is Orbea’s iWoc ONE interface, which allows riders the option of having power assistance or not, instant readings as to the level of motor assistance and the ability to view the remaining battery charge, while colored LED lighting puts all of this information right at their fingertips. Furthermore, the company’s CAN (Controller Area Network) bus port provides a single interface for charging, system diagnostics or attaching the external backup battery.

Additionally, the GAIN relies on Orbea’s Enough Power concept, a sophisticated drive system that’s designed to provide enough smooth and reliable assistance at levels aimed to enhance the “rider’s ride, not dominate it.”

Also, since the motor is located at the hub of the rear wheel, the rider experiences what Orbea calls “drag-free pedaling” when the bike is not providing assistance.

Orbea has also developed a new app for the GAIN that’s compatible with virtually any smartphone or smartwatch, which enables riders to have deeper control of the iWoc system, allowing them to access a wide-range of ride metrics including GPS route uploading and other functions that are available from their mobile device.

As mentioned, the new carbon frame includes the same sleek, integration as the newest Orbea models, along with the company’s PAS sensor, which blends smooth and balanced electric-assistance courtesy of 20 magnets that are built into the cassette’s lock-ring that in turn are detected by the bike’s integrated dropout sensor. As a result, the system monitors the rider’s pedaling input and adjusts the power accordingly.

Given the ever-increasing road plus segment, not surprisingly, Orbea has increased clearance on the new GAIN to accommodate both clincher and tubeless tires up to 40C.

In the end, Orbea says all of these improvements added up to an overall weight of just 24.9 pounds, earning the GAIN the distinction of being the lightest electric-assisted road bike currently available.

The GAIN is available in three models, the range-topping M10 to the M20I, M20 and M30, which offer an array of different “builds” ranging from Shimano Dura Ace 9100, to versions of the Japanese brand’s mechanical and electronic Ultegra and 105 groupsets, along with a myriad of corresponding components and cockpit bits and pieces.

You can learn more about pricing and availability for the new GAIN by visiting Orbea’s website here.