CapoVelo.com
CapoVelo.com - - “An Ounce off the Wheels is Worth a Pound off the Frame”: Is Rotational Weight Crucial?
30854
post-template-default,single,single-post,postid-30854,single-format-standard,no_animation

“An Ounce off the Wheels is Worth a Pound off the Frame”: Is Rotational Weight Crucial? 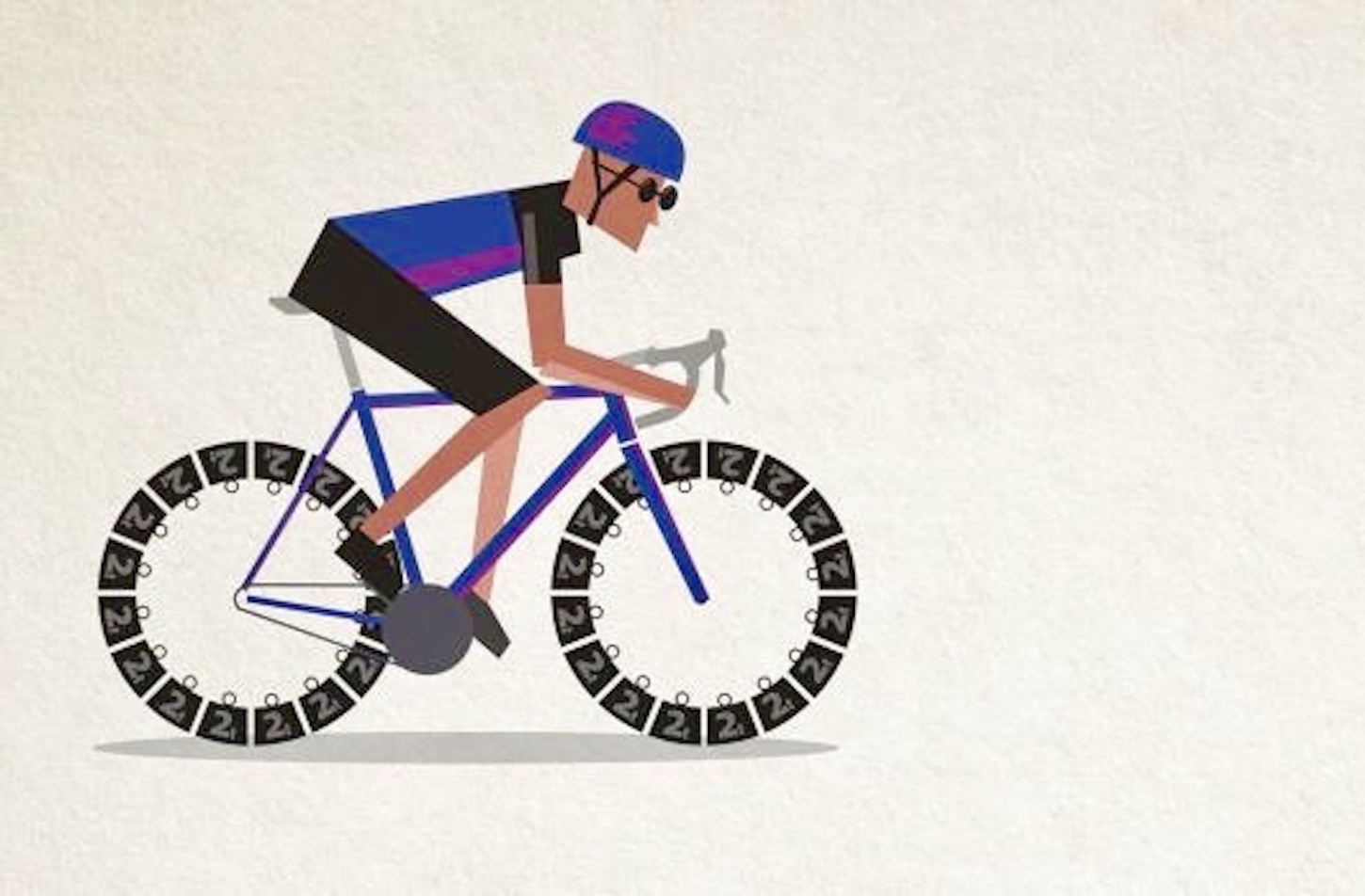 Sir Isaac Newton proposed his second law of motion nearly 350 years ago. This law elegantly describes the behavior of many systems, bicycles included. It is difficult to argue with the analytical results of this equation. It is my goal to use Newton’s law to demonstrate what variables determine wheel performance and their order of significance. Furthermore, I will show how wheels rank in the big picture of overall cycling performance.

Newton declared that the sum of all the forces on a system (F) are equal to its mass (m) times its acceleration (a), or: F=ma

everal companies offer power-measuring devices to help you quantify cycling performance. Power is defined as how much work is done during a given period of time, and it is a more convenient variable for illustrating wheel performance effects quantitatively. We can easily manipulate Newton’s law to incorporate this rider power variable. Our once simple equation now becomes:

The details of this equation are beyond the scope here, so I will spare you the agonizing math (see Appendix A if that kind of stuff cranks your chain). The starred variables above are the only ones that matter when determining wheel performance. The question then becomes, which is the most important?

The obvious answer is that it’s the rider pushing the pedals that matters most. This may not be the answer you were looking for, but swapping out your wheels will not make you the next Eddy Merckx. They may, however, help out a bit in your next race.

Based on the model developed in Appendix A, and data I have collected while riding (velocity and elevation profiles), it is possible to quantify the effect your wheels have on the average power required to complete a given ride/race. I will look at the following three course examples:

With my model, I varied the wheel mass, wheel inertia, and wheel aerodynamic variables independently to come up with the data in the following table:

So, what do all these numbers mean? It means that when evaluating wheel performance, wheel aerodynamics are the most important, distantly followed by wheel mass. Wheel inertia effects in all cases are so small that they are arguably insignificant.

How can it be that wheel inertial forces are nearly insignificant, when the advertisements say that inertia is so important? Quite simply, inertial forces are a function of acceleration. In bike racing this peak acceleration is about .1 to .2 g’s and is generally only seen when beginning from an initial velocity of 0 (see criterium race data in Appendix D ). Furthermore, the 0.3kg/0.66lb difference in wheels, even if this mass is out at the rim, is so small compared to your body mass that the differences in wheel inertia will be unperceivable. Any difference in acceleration due to bicycle wheels that is claimed by your riding buddies is primarily due to cognitive dissonance, or the placebo effect (they paid a lot of money for the wheels so there must be some perceivable gain).

The following table illustrates how other variables in the power equation affect overall performance.

It can be seen that rider aerodynamics dominates the power requirements of racing bikes. Frame and combined wheel effects are roughly equivalent, and it is interesting to note how power requirements are affected by rolling resistance changes in the examples.

Roughly, the average rider power requirements on a course with a zero net elevation gain is broken down into 60% rider drag, 8% wheel drag, 8% frame drag, 12% rolling resistance .5% wheel inertia forces and 8% bike/rider inertia. The uphill TT example given is a special case where the rider aerodynamics and the bike/rider weight have nearly equal contributions to power – somewhere around 35% each with wheel mass contributing around 1%. The steeper the hill, the more important mass becomes and the less important aerodynamics becomes. In all cases, however, there is approximately 3% of the average power unaccounted for.

Drive train losses and flexing of bicycle components can be placed into the miscellaneous term of the power equation. Even though these flexural losses are miniscule when compared to wheel inertial power requirements, lateral stiffness/deflection of wheels has its place in a performance analysis. My requirements are rather simple: road wheels should not rub brake pads during sprints and out of the saddle climbing, provided there is 2mm/0.079in of pad/rim clearance on either side. For reference, 2mm is the clearance when your dual pivot brakes are opened up, yet they still have sufficient braking power available.

In summary, wheels account for almost 10% of the total power required to race your bike and the dominant factor in wheel performance is aerodynamics. Wheel mass is a second order effect (nearly 10 times less significant) and wheel inertia is a third order effect (nearly 100 times less significant). The best wheels in terms of performance are the ones that are lightweight, aerodynamic, don’t rub brake pads and are strong enough to get you to the finish line. The problem with these high performance wheels, though, is that they sacrifice on the other two key variables important in wheel selection: durability and price. High performance wheels are neither durable nor cheap. Nothing is ever easy, is it?