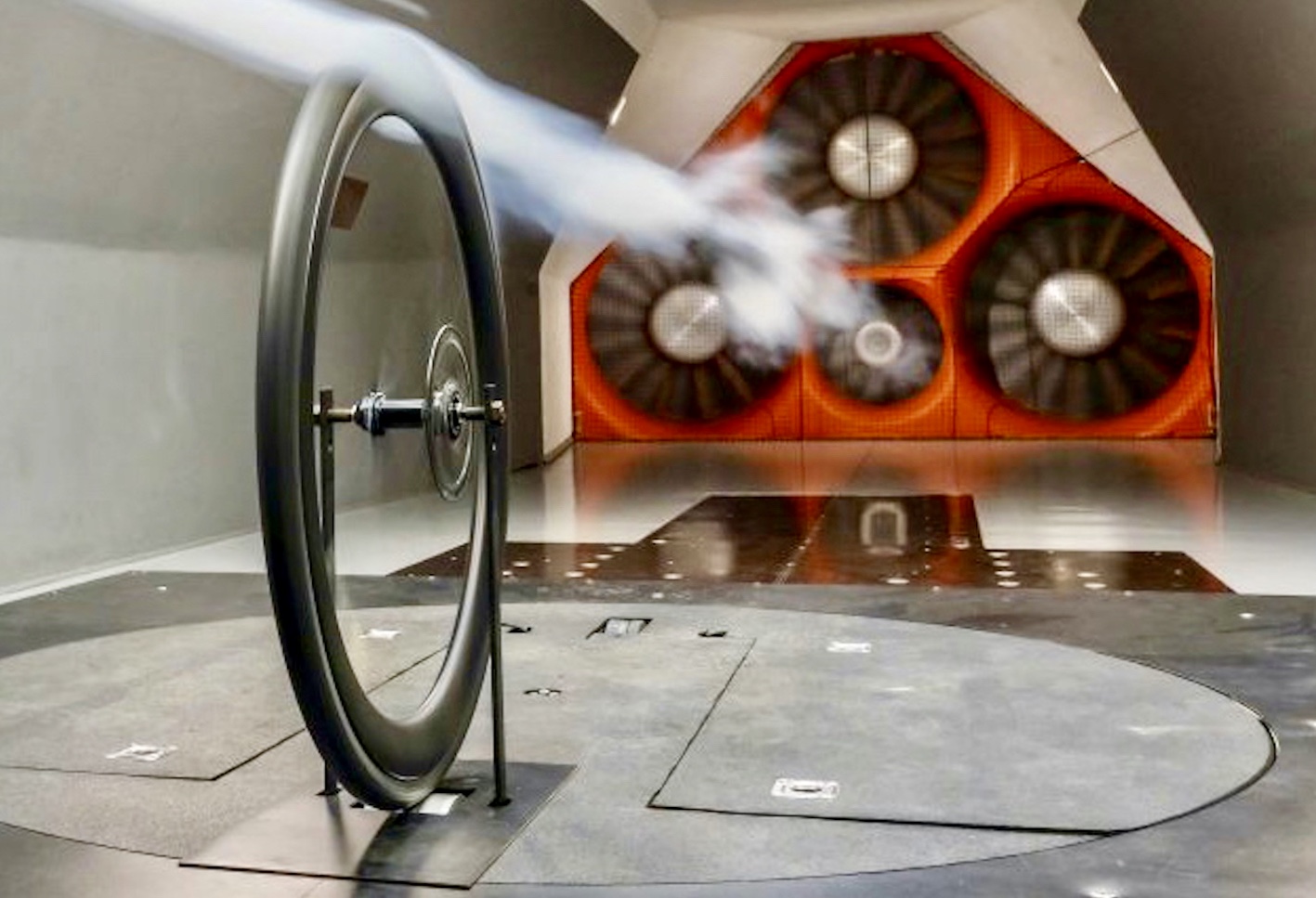 23 Jan 2020
By Gianni Pericolo - In LATEST ARTICLES, THE DOUBLE DIAMOND

After undergoing more than a year of development in partnership with the UK’s Nottingham Trent University’s sports engineering department, the British brand Parcours has launched a new tubeless, disc brake wheelset called the Strade.

According to Parcours, the data collected during wind tunnel testing showed that the front wheel was significantly more affected by crosswinds by virtue of the fact that it moves on axis during steering.

To address this, Parcours chose staggered rim profiles of 49mm up front and 54mm at the rear, along with external widths of 32mm and 30.5mm respectively. Moreover, combining this with a wider, U-shaped rim for the front, along with a deeper, narrower V-shaped profile for the rear, proved to be the most stable combination for handling the differences in higher and lower yaw angles, while both wheels share the same 24 spoke count and ab internal rim width of 22.5mm.

Additionally, Parcours used Computational Fluid Dynamics before taking its prototypes to the A2 Wind Tunnel in North Carolina for testing, which they claim surpassed their existing Passista Disc wheelset in both aerodynamics and in dealing with crosswinds. Moreover, after experimenting with different tire sizes, they determined that 28mm provided the best overall aerodynamic signature.

The Strade wheelset is fitted with aluminum hubs with EZO cartridge bearings and 12mm thru-axles, along with Sapim CX-Ray aero spokes arranged in a 2X pattern, while adapter kits for other axle standards are also available.

What’s perhaps equally impressive to the Strade’s performance, is its price, which comes in at around $1,300 (£999).

You can learn about about the new Strade wheelset by visiting Parcours’ website here.