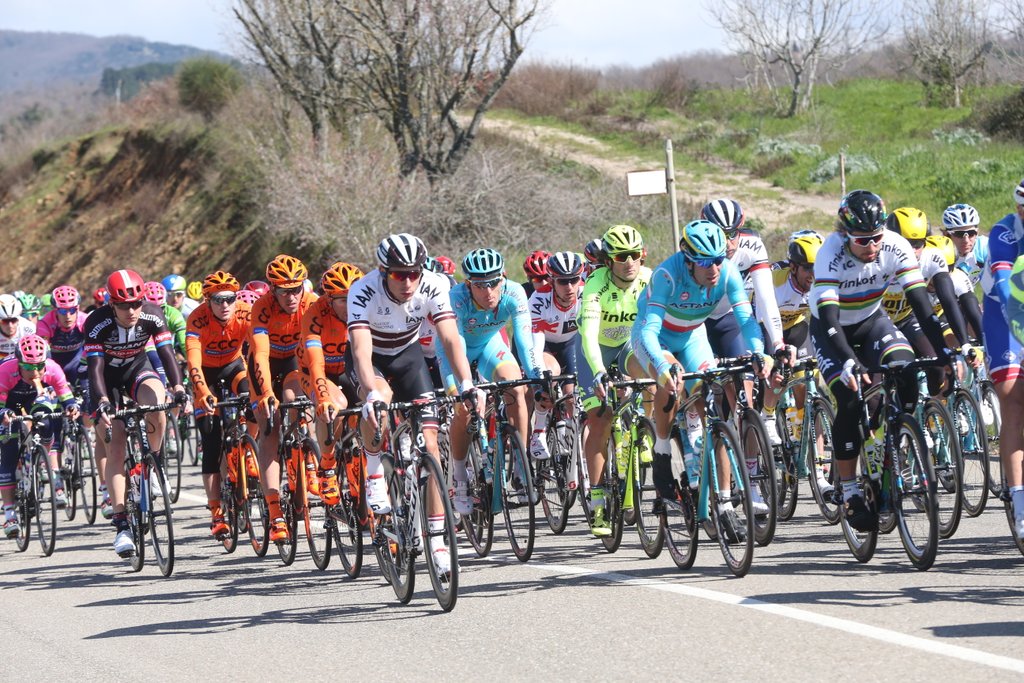 Former under-23 world champion, Alexey Lutsenko, claimed stage 5 of Paris – Nice today, after imitating an attack 15 miles form the finish in Salon de Provence, to claim a solo victory 21 seconds ahead of his closest rivals.

Meanwhile, Michael Matthews managed to retain his lead in the overall classification, after finish in third place behind Alexander Kristoff (Katusha).

From there, the escapees built up a sizable advantage of 11:05 over the peloton at the 27 kilometer mark – with the first intermediate sprint being won by Lars Boom, while Herrada led the group one the Col de la Madeleine.

As the breakaway group tackle the infamous climb of the Ventoux, they were still holding onto a substantial lead of eight minutes over the peloton.

However, during the first switchbacks of the climb, Brandle lost ground with his breakaway companions, while top sprinters such as Nacer Bouhanni (Cofidis), Marcel Kittel (Etixx) and Andre Greipel (Lotto Soudal) were among those dropped by peloton.

Back at the front, Courteille and Herrada parted company with their breakaway companions, with Herrada once again being the first rider over the summit, while Duchesne managed to latch back onto the duo.

The trio was later chased down by Boom and Vandenbergh along the descent, while the remnants of the breakaway reached the summit six minutes behind.

As the quintet reached the climb of the Col du Pointu, they were still holding onto 3:25 gap over the chase.

In Lourmarin, Vandenbergh took the sprint honors, while a split at the foot of Cote de la Roque d’Antheron, saw Duchesne off on a lone attack.

Duchesne later crested the Cote de la Roque d’Antheron in a solo effort, while Herrada and Courteille continued to linger close behind.

Meanwhile, back in the peloton, Tom-Jelte Slagter (Cannondale) was busy shaking things up, while Alberto Contador was seen for the first time up at the front in this year’s race.

Heading over the final climb of the Col de Seze, Duchesne was still clinging to a 33 second lead over the chase.

However, it was along the descent, that Lutsenko would make his move.

From there, the Astana rider succeeded in catching Duchesne during the final 15 kilometers.

In a final effort, Kristoff tried to bridge himself to Lutsenko, but without any support, he was forced to let the Kazakstan rider go.